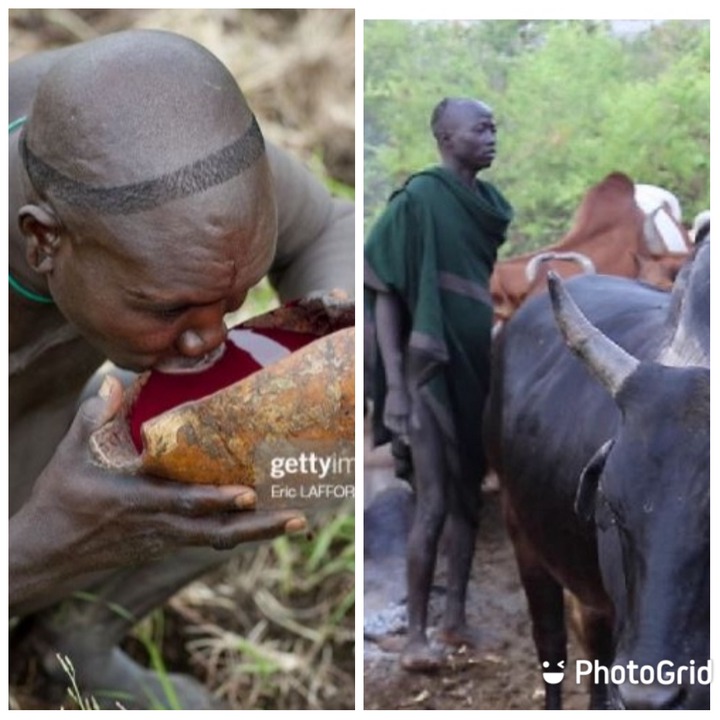 An ethnic group in Ethiopia is believed to be consuming cow blood for purposes of war. Inhabiting the southwest part of the country, the "Suri" tribe is known to be rearing cattle apart from farming activities.

According to reliable sources, the Suri tribe does not eat the flesh of a cattle except for an occasional purposes such as funerals, festivals and others. To them what is most important to them in a cow is the milk and the blood. At every morning, the people milk the cattle as their breakfast and drink the blood of the cow to strengthen themselves ahead of war battles. The women in the villages are however forbidden to drink the blood.

In every year, the Suri tribe engaged in a war battle called "Donga". The Donga battle also known as 'stick fight' is done after every harvest in a year. During the battle, the various villages present their fighters to face one another. The Suri people believe that drinking a cow's blood will provide strength and boldness to fight their colleague rivals. Before the stick fights, for example, a small incision is made in a cow’s carotid artery with a sharp arrow to make it bleed almost two liters of blood for the warriors to drink.

During the battle, when someone dies, ( even though it is forbidden to kill a rival) the family of the deceased is given a wife or 20 cattle to compensate them for their lost. Some men even fights naked to attract women who are watching. At the end of it all, the over all performer of the battle is hailed and given the chance to select a woman of his choice in the village.