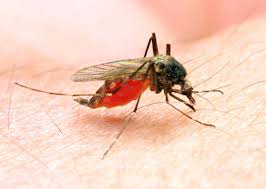 Malaria is a disease caused by a parasite, transmitted by the bite of infected mosquitoes.

If you're traveling to locations where Malaria is common, take preventive medicine before, during and after your trip. Many Malaria parasites are now immune to the most common drugs used to treat the disease.

A Malaria infection is generally characterized by recurrent attacks with the following signs and symptoms:

Other signs and symptoms may include:

Malaria signs and symptoms typically begin within a few weeks after being bitten by an infected mosquito. However, some types of Malaria parasites can lie dormant in your body for months, or even years. 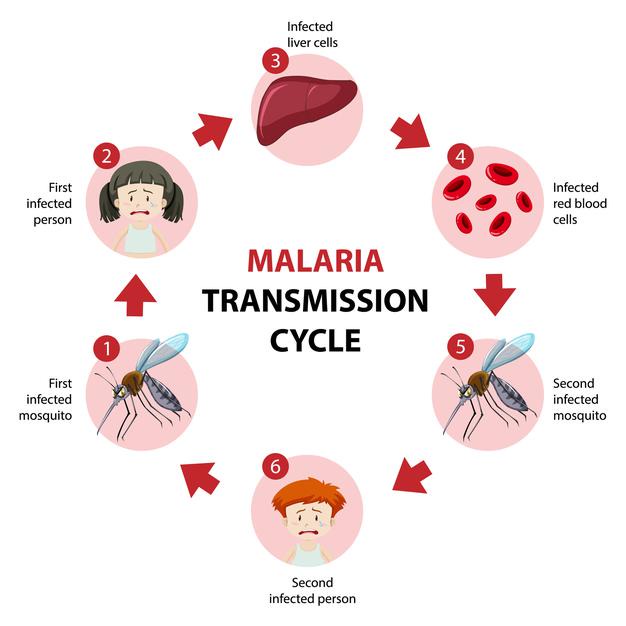 Malaria is caused by a type of microscopic parasite that's transmitted most commonly by Mosquito bites.

Uninfected mosquito. A mosquito becomes infected by feeding on a person who has Malaria.

Transmission of parasite. If you're the next person this Mosquito bites, it can transmit Malaria parasites to you.

In the liver. The parasites then travel to your liver where they can lie dormant for as long as a year.

Into the bloodstream. When the parasites mature, they leave the liver and infect your red blood cells.

Other modes of transmission

Because the parasites that cause Malaria affect red blood cells, people can also catch Malaria from exposures to infected blood, including:

* From mother to unborn child

The variety that causes the most lethal complications is most commonly found in:

People at increased risk of serious disease include:

* Travelers coming from areas with no Malaria

* Pregnant women and their unborn children

Poverty, lack of knowledge, and little or no access to health care also contribute to Malaria deaths worldwide. 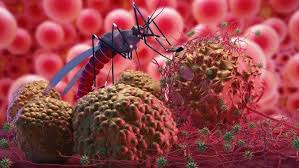 In most cases, Malaria deaths are related to one or more of these serious complications:

* Cerebral Malaria. If parasite-filled blood cells block small blood vessels to your brain, swelling of your brain or brain damage may occur. It might cause coma

* Breathing problems. Accumulated Fluid in your lungs can make it difficult to breathe.

* Organ failure. Malaria can cause your kidneys or liver to fail, or your spleen to rupture. Any of these conditions can be life-threatening.

* Low blood sugar. Severe forms of Malaria itself can cause low blood sugar, as can quinine — one of the most common medications used to combat Malaria.

The types of drugs and the length of treatment will vary, depending on:

* Which type of Malaria parasite you have

* The severity of your symptoms

The most common antimalarial drugs include:

Combination of atovaquone and proguanil

In countries where Malaria is common, prevention also involves keeping mosquitoes away from humans. Strategies include:

Spraying your home. Treating your home's walls with insecticide can help kill adult mosquitoes that come inside.﻿

Sleeping under a net. Bed nets, particularly those treated with insecticide, are especially recommended for pregnant women and young children.﻿