MoH's explanation on the alleged Sputnik V vaccines rip off: A writer's analyses. 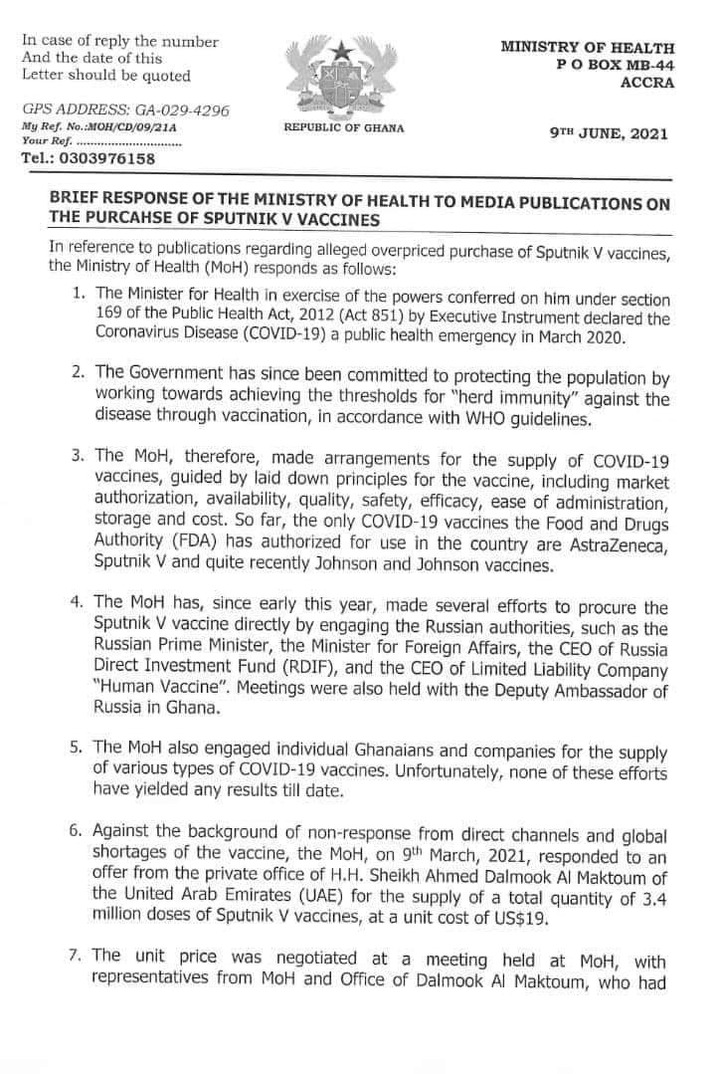 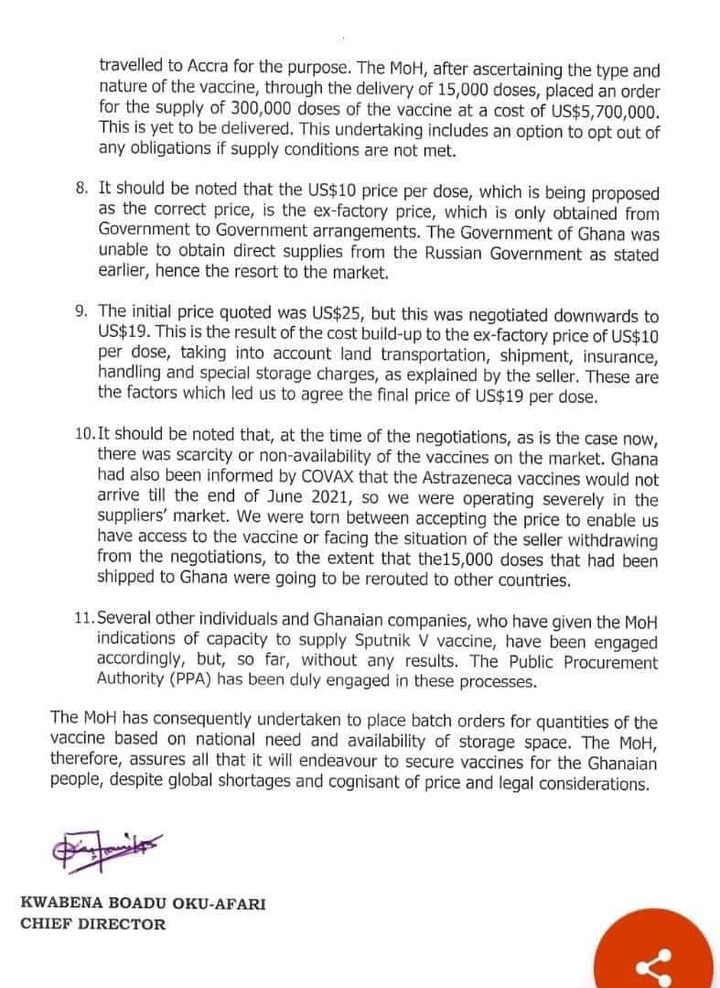 Right from the onset, when the Ministry of Health (MoH) gave out a press release to announce the coming of another release, which was to explain the controversy surrounding the purchase of Sputnik V vaccines, almost an unprecedented move, many became alarmed. The deal could be untidy. I suspected.

Lo and behold, the much awaited explanation came later in an eleven (11) paragraph points. It is only fair to subject these points to an analysis, and to come to an objective conclusion regarding the transparency of the transaction.

Without prejudice, let us get into it.

Point 1-3 is really nothing. They only explain the exigencies of the times; Covid-19, and gave out reasons why there is a need to have the vaccines and how urgent it has to be procured. These paragraphs outline an already known principle instituted for the procurement of the vaccines. 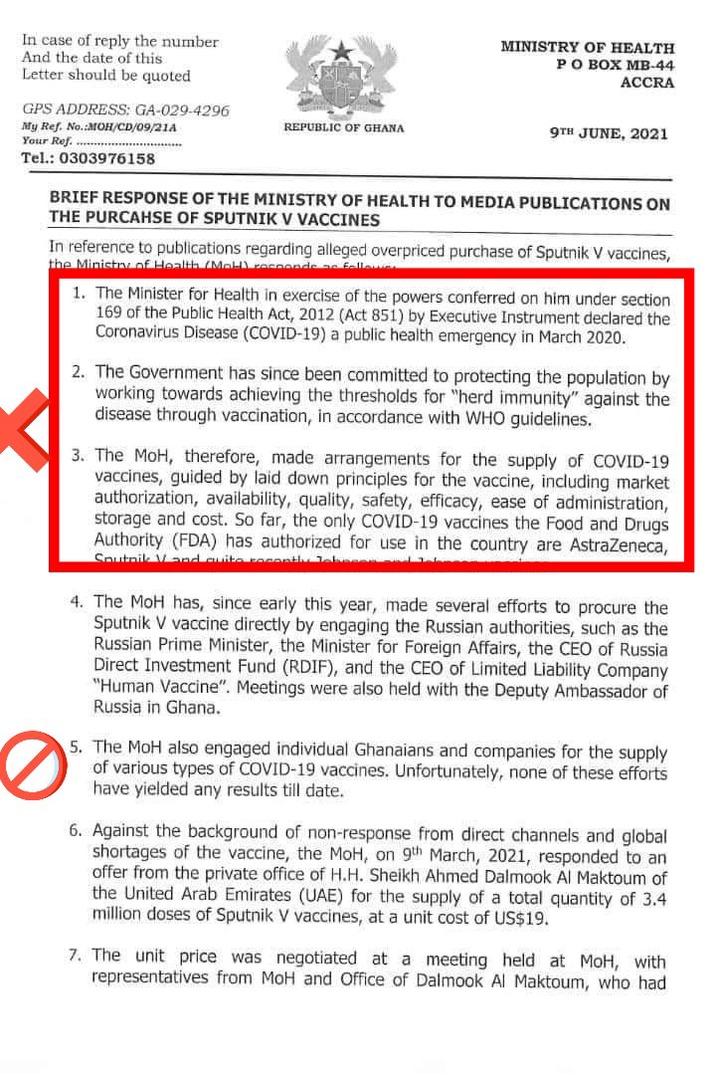 Paragraph 4 gives an account of how the Ministry tried, to no avail, to deal directly with the producers of the vaccine, Russia through the Russia Direct Investment Fund (RDIF).

This point is where the Ministry began its spin, setting the tone to give an excuse why they had to deal with a third party in the procurement of such a sensitive product like Covid-19 vaccine. The sale of the vaccine is a highly regulated market space. Mind you, all necessary regulations have been put in place by the World Health Organisation (WHO) to make sure that black market engagement becomes nearly impossible.

Any government that goes through the purchase through a third party agent is surely doing the wrong thing. This is why the release must claim that, serious direct source engagement was done. In any case, the statement only subtlety stated the failure to get the Russian government directly, but failed to give reasons why the so-called direct negotiations failed.

Then, the 5th paragraph said something funny. This also to answer a non-existing question of local content. They anticipated that, people might ask why they did not engage a local agent, thus the 5th paragraph. Really? 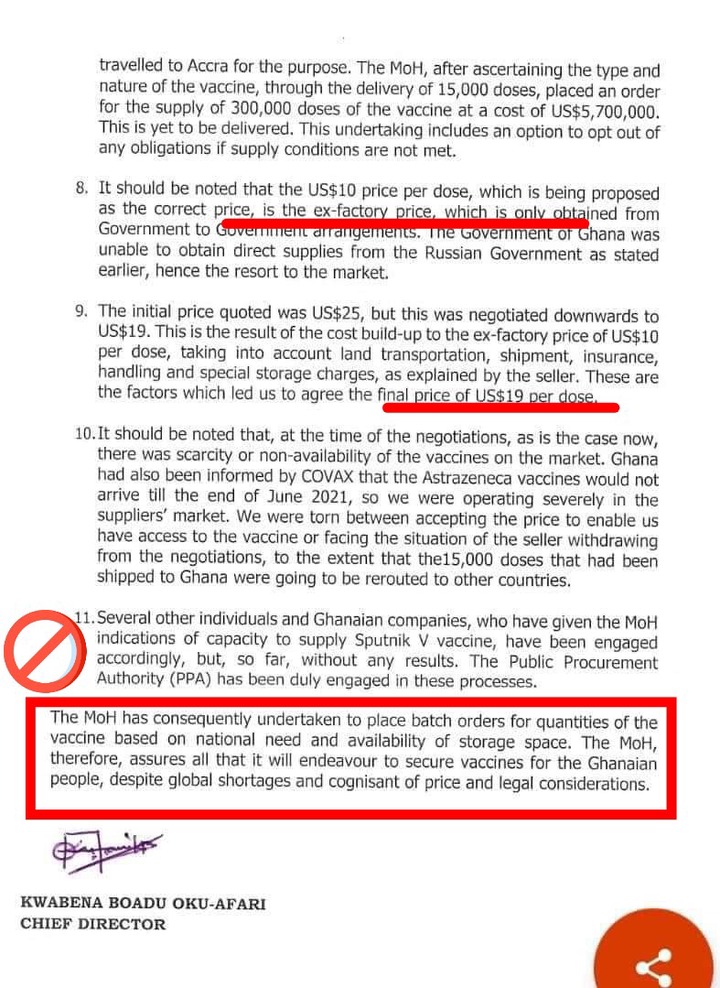 Having set out the excuse from the preceding paragraphs, six then said, the Sheikh then gave Ghana an offer.

The unit cost of the vaccine is less than $10, but the offer came at $19. Having given an indication that there was a shortage of the vaccine, the price automatically must go up. The ministry expected us to understand.

However, there is no proof of the shortage and no justification for the hiked piece. This is unacceptable. The narration up to this point is an artificial creation to justify this obvious create, loot and share enterprise.

To make matters worse, the ministry lied in paragraph 8. Claiming that, the less than $10 price is an ex-factory price. Severally publications including one from the African Union (AU) have secured the Sputnik V vaccines directly from Russia at $9.75 per dose.

Paragraph 9-10 is a rehash of empty rhetoric, while 11 is a repetition of paragraph 5.

The statement failed to give a categorical denial of an attempted rip off. The justification for the third part contract could not be proved.

There will be a need for further and better particulars. Calling for investigations into the matter is also a right call. 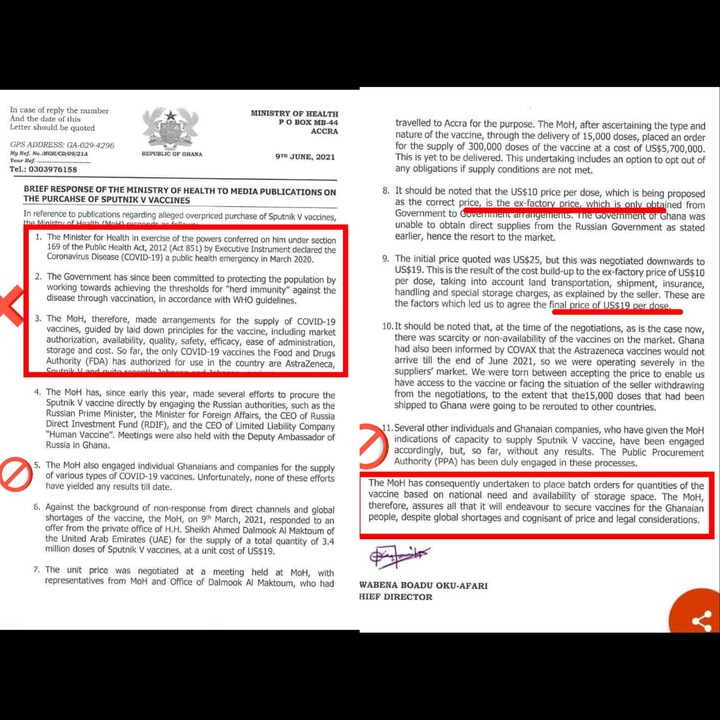 Constable Osei’s Death: Blame Those Who Went For The Contract: Prophet Oduro Drops A Secret