By Qhojoblinks (self media writer) | 2 months ago 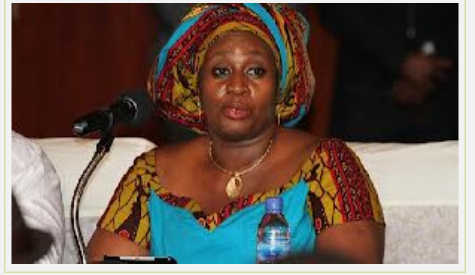 An Accra High Court presided by Justice Afia Asare-Botwe has issued a bench warrant for the arrest of the former Chief Executive Officer of the Microfinance and Small Loans Centre (MASLOC), Sedinam Christine Tamakloe.

The Court sitting on Tuesday, November 16, 2021, issued the warrant for the arrest of Madam Tamakloe who is facing trial for causing financial loss for the state.

From the statement made by Daily Guide report, she was not able to make an appearance having been granted leave to fly to the United States of America for health updates.

With the prosecutions final witness called in the case, the prosecution had been set to close its case but for an application filed at the Supreme Court by a second accused person, Daniel Axim.

The court had given Madam Attionu leave to travel and asked her to return to court on October 6, 2021, but she didn't to do so.

The court postponed the case to November 16, 2021, but the accused person again decided to make an appearance with her legal counsel with an excuse to the court that the hospital she was attending in America has sent a letter.

According to Samuel Osei Sarfo who held a brief for Agbesi Dakpasi, the accused person needed to go through another scan having gone through a previous one.

The defense counsel told the court that it received the letter from the hospital in America on Monday and were but to file it in court. He thus said that the case be postponed to December 10, 2021.

The presiding judge in her ruling thaerefore said “I will not sit here and know the law and decide not to make use it.”

Justice Asare-Botwe who was not convinced by the arguments of the defense counsel thus issued a bench warrant for the arrest of Madam Tamakloe and pospone the case to December 15, 2021.

Sedinam Tamakloe Attionu and Daniel Axin are in court on allegations of stealing, causing financial deplition of GHC93 million to the state among other charges.

The two accused persons have been charged with conspiracy to steal, stealing, unauthorised commitment, resulting in a financial obligation for the government, improper payment, money laundering and contravention of the Public Procurement Act.

Prosecutors say the two allegedly stole a total amount of GH¢3,198,280 while at MASLOC and willfully caused a GH¢1,973,780 financial deplition to the state.

Please like, comment and there is u want to see more of this authentic information. Thank u.

Content created and supplied by: Qhojoblinks (via Opera News )