Capital Punishment is not a rule of sentencing policy, but its an exception to the same, and death sentences are awarded only in the rarest of the rare cases.

It's a long-standing custom among judges to break a pen after passing a death sentence to an accused individual as a symbol of regret and as a reminder that nothing can be changed to reverse or remove the sentence. Mostly used in countries with a common law system. 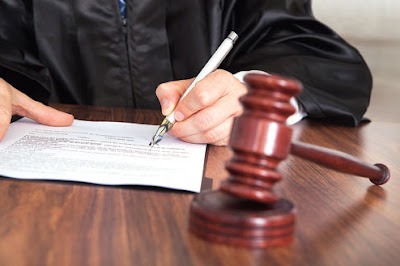 This is done to ensure that the pen that was used to sign away someone's life will never be used again. In concept, the death penalty is a last-ditch effort to deal with heinous crimes that cannot be settled by any other way.

Even today, this approach is still used in our courts for these reasons:

Symbolic of the concept that a pen used to take away a person's life should never be used for anything else. Pens that have been used to sentence should be destroyed since they have "tasted blood."

The judge also has no authority to review or revoke his order once he has passed the death sentence. A broken nib signifies that even if the judge changes his or her mind after a sentence has been handed down and the judge's signature has been inked, the decision has already been made nothing can be done it's irreversible.

The 'tainted' pen, according to some, is simply broken off as a method to distance oneself from the judgment and guilt of the person who used it.