Why the LGBTQ movement is not dying now; despite the hate campaign

To most Ghanaians, even the sword enemies of LGBTQ, the phenomenon can’t be obliterated completed in the country, despite the presidential caveat, which to such pessimists only halted the practice momentarily.

There are reports of attempt by some group of LGBTQ practitioners and advocates to resuscitate the movement in Ho, the Volta Regional capital last week. That should inform authorities about how tough the call is, to put paid to the practice.

Practitioners find their sexual pleasures through such canal knowledge of same sex partners, synonymous with how straight personalities also get hooked and attracted sexually, to opposite sex.

Backers of the act are powerful to the extent that it’s going to be one big fight to get the practice out of our system. Chief exponents of LGBTQs include powerful governments in the West, billionaire sponsors and other global iconic influencers.

The United States and the UK are even linking their aid packages to the full acceptance of LGBTQ practice in recipient countries. They often argue that the issue borders on rights and liberties of any such individual LGBTQ believer, hence the hardline stance of the two countries on others that frown upon the practice.

Historical antecedent of the movement

Some decades ago, people with preferences for same sex practice were categorized into four main sexual and gender groups; because each one of the practice was distinctively different from fellow minority groups with unnatural sexual orientation.

We had the Lesbians, Gays, Bisexual and Transgender all operating under their exclusive sexual status. It was a practice very dominant in the west, especially in the United States of America albeit, under some form of wraps.

Twenty or so years down the line and people with such unnatural sexual orientation are beginning to assert and stuck out their sexual preferences boldly. They are gaining global recognition through their umbrella body known as the Lesbians Gays Bisexual Transgender Queer group.

There is also the Pansexual or the Omnisexual practice which are terms used to refer to people who have romantic, sexual or affectional desire for people of all genders and sexes. They don’t discriminate, they embrace all sexual orientations. 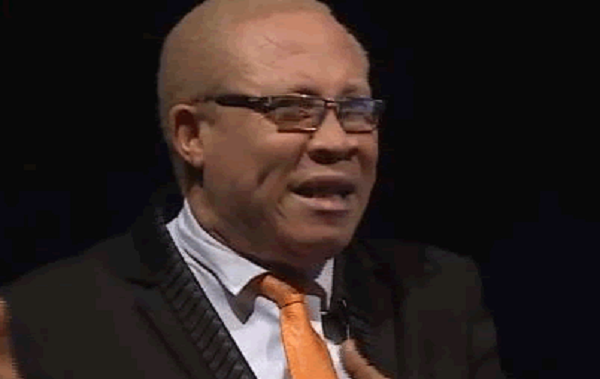 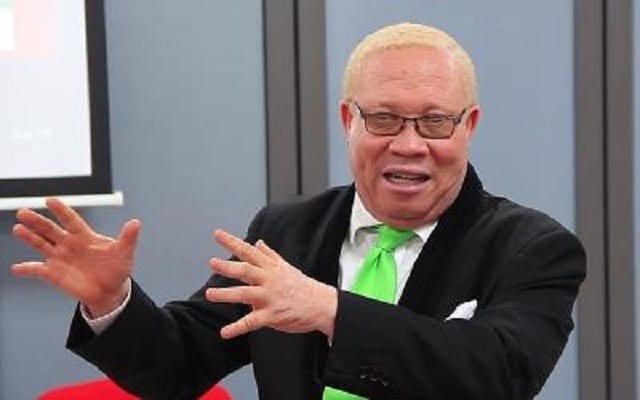 Then the people referred to as Straight which is often used to mean heterosexuals. That’s being sexually attracted to the opposite sex only. That’s has been the normal practice or creation. It’s therefore seen as an inalienable type of sex practice.

The rights of the LBGT’s is been pushed by elements in the United States, often backed zealously by some members of that country's political class. A section of US political leadership; a segment of the American population, and for that matter some Western countries are pushing for such unnatural sex practices because, in their opinion, there is the need to respect the rights of individuals and groups involved in the act.

That explains why the Democratic Party in the US for instance, consider Lesbianism, Gay, Bi-sexual and Transgender as a civil liberty just same as any of the inalienable rights that any individual enjoys on earth.

It’s been a campaign manifesto promise of Democrats' presidential candidates in recent American elections; and it picked up strongly in the campaigns prior to the 2008 US elections where presidential nominee, Barack Obama led the Democrats' crusade for the legalization and acceptance of Gay Lesbianism, not only in the United States, but also the world over.

Obama attempted to make the rest of the world accept the practice, when he became President of the United States. It's ironic that Obama's position was fiercely resisted by his Kenyan kinsmen from his fatherland. Kenyans resisted him and showed their repulsive anger towards the phenomenon when he shared same platform with Kenyan President, Uhuru Kenyatta.

The situation is the same with his compatriot and current US President, Joe Biden. And in the case of the former Vice President, he has issued threats, to especially, developing countries that America has bilateral trade agreement with, to either support LGBHT or face economic sanctions from the US.

The same cannot be ascribed to the Republican Party which is one of the two main political traditions in the US. They strictly are against the LGBTQ practice.

Africa’s response to Biden and his administration

Heterosexuality is enshrined in the constitutions of most African and other developing counties. These countries consider any other form of sexual practice a breach or an aberration to normal creation. It’s a criminal offence for people to engage in LGBT in these countries.

Their societal norms also prohibit the practice. Anti LGBTQ groups in these countries sometimes take the laws into their own hands and threaten to lynch and kill those in the practice. LGBTQ practitioners therefore operate underground for fear of incurring the wrath of their adversaries.

Many Africans including their civil rights movements supported the re-election of former President Donald J Trump not because he brought anything extra-ordinary to the world, but his grotesque abhorrence of LGBQ practice.

The Democrats are back into the White House and the issue has again assumed a global discussion/dimension. This is because US Democrat President, Joseph Biden has re-introduced the subject as a pre-condition for any US sponsored support.

In a manner that Democracy was forced on many Third World countries, the unhindered LGBTQ practice is now a condition before the US could consider supporting economies or budgets of many developing democracies, including that of African countries.

It’s even suggested that the Biden administration is prepared to sanction countries that would not accept the practice as a human right issue where everyone should be at liberty to adopt or choose a sexual orientation of their choice.

It's interesting to note that the African resistance started way back during the reign of President Barrack Hussein Obama, another Democratic Party President of the US.

In one of his African tours and as stated earlier, Obama received the shock of his live when President Uhuru Kenyatta told the US President in the face that the Kenyan people were not prepared and would not accept LGBTQ practice. The two were sharing the same platform in capital, Nairobi.

In Ghana, the story was so synonymous with Kenya and other allied African countries like Nigeria, Tanzania and Uganda. And it sounded so clear to Barack Obama then, that he refused to talk about the issue when he visited Ghana.

Opposition to LGBTQ is also emboldened by the prohibitive provisions in the constitutions of many African and developing countries. That should tell anyone how homosexuality is abhorred and detested by many developing countries and practitioners who dare, should be wearing a real thick skin.

None will hunt you for that; but you will be resisted fiercely. That notwithstanding, patrons are prepared to come out from their hide-out to show who they are.  So the African response to LGBTQ has simply been a Big No! And that’s because the practice is repugnant to Africa’s cultural sensibilities. Again to majority of Africans, whose very existence has been shaped by their faith, LGBT is a slap in the face of their religion.

It must be noted too, that human rights do operate in a vacuum or in isolation. The right of every individual is subsumed in the larger laws of a country or a society. Everyone’s right ends where another’s starts.

And that explains why there is a bigger law-in this case a constitution or set of values, that regulate activities, movements and programmes of government, groups, individuals in any given state or country. That's why the practice is against Christian faith, Islamic values, Traditional religion and all forms of religions.

Indeed, these are all niceties, some of which might have been handed down to humanity since creation. So why are the practitioners still coming forth, despite the obvious risk? The answer is simple: They are being backed by some powerful governments, rich billionaires and other global influencers who are prepared to go every mile to protect the safety of Gays, Lesbians, Transgenders, Bisexuals and those with Queer orientations .