Nkoranza gay Brouhaha: It is a set up and against his human rights - Netizens fire

The people of Bono East Region specifically Nkoranza have witnessed what they have not seen before according to them. There has been a news circulating in all the media space indicating a young guy believes to be in his 30s by the name Razak engaging himself in gayism. This as a result has made him received a lot of backslashes from the general public leading the chiefs of the area to pacify him with a blood of a sheep. In the video he was really denying the fact that he has not done anything and was exchanging words with the people who badged into the room.

If you take a critical look at at the video and you listen to what they were saying, Razak said he has not done anything and the people planned everything to disgrace him. He said even if he is a gay one person does not engage in such act so why are they capturing him alone on camera leaving his counterpart. He was also heard saying they have torn the shirt he was wearing. It was a very heated one indeed in the room and people have been questioning to see the person he engaged the act with. According to the information we received, he later admitted that he is a gay and he presents himself as a woman. He made all those revelations when he was summoned to the chiefs at the Palace.

Some social media users have backed him and blasted those who were videoing and harassing him. They are of the view that even if they are engaging in such act they should have allowed the law to take its course instead of harassing him in such manner. Others were also saying they invaded his privacy and it is unlawful. Others are also saying the unlawful entry into the room to put camera on him and humiliating him is an infringement of human rights.

Check out reactions below: 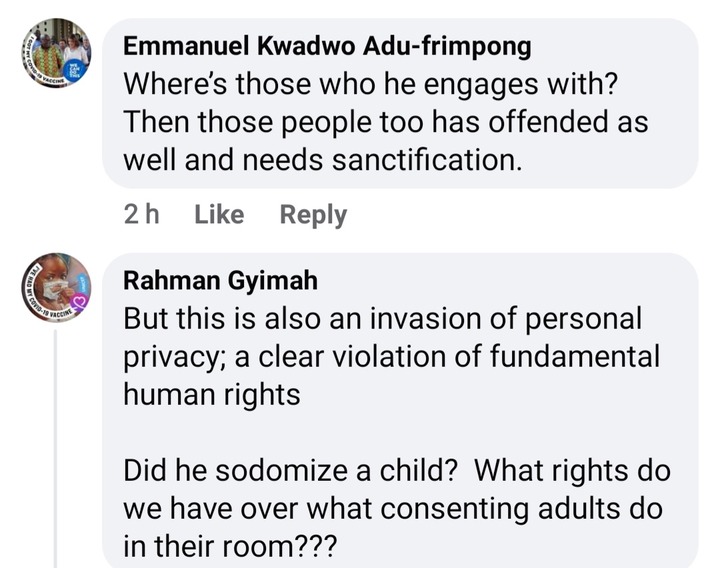 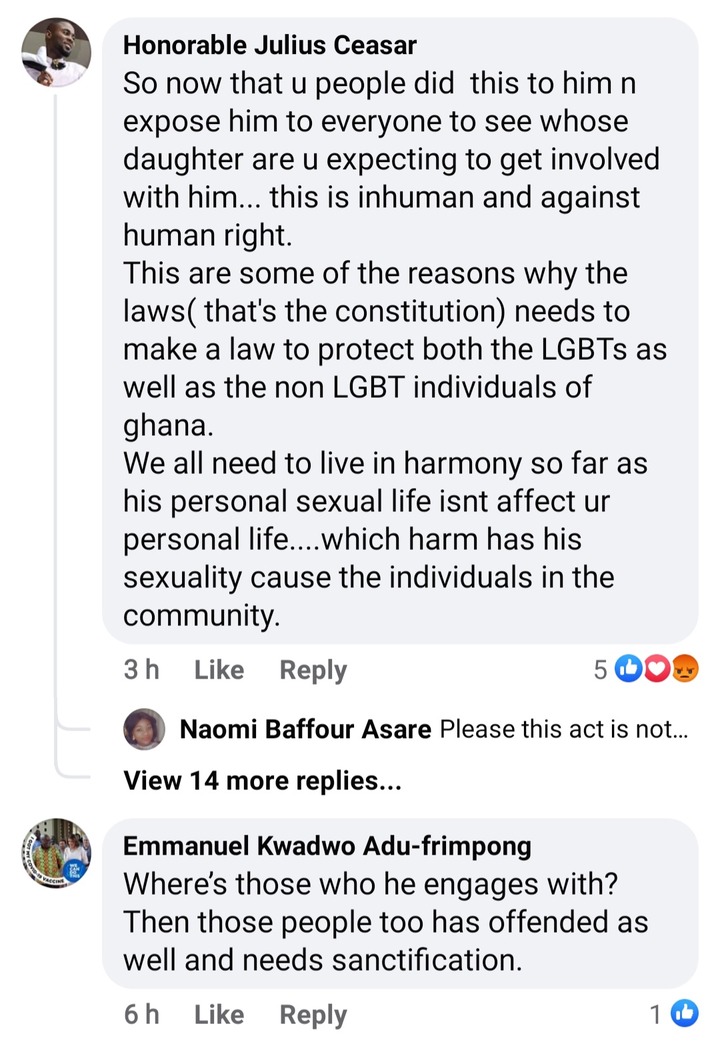