By Mainooco (self meida writer) | 3 days

They say blood is thicker than water but some women are angry enough to turn that around. We all have been so desperate to see justice being served against perpetrators of women. That kind of desperation has called for one lady to even celebrate the fall of her own cousin. 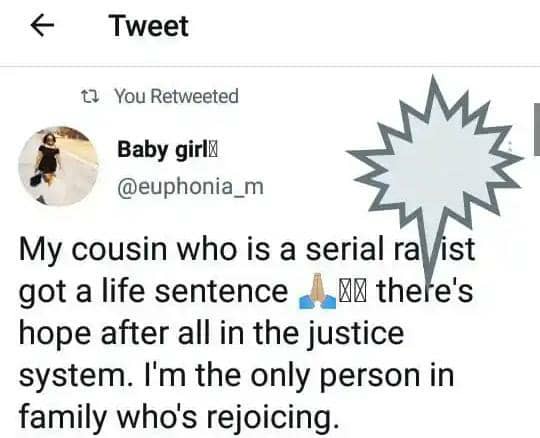 A woman took to social media to announce that her own relative had been sentenced to life in prison for secually assaulting women, and she couldn't be happier about the news. She confessed that she was the only one in her family that was pleased about the news, and that no one else was. Seeing optimism in our country's judicial system is what makes her happy.

Because her cousin was abused as a child, she believes she should despise her relative because of this. He doesn't have anything against her, but she wants a better environment for women, and that can only be achieved if individuals like him are in prison, she tells them. The fact that he is related to her or not doesn't matter to her at all. He may not have been responsible for her crime, but she feels like a winner because of his case. 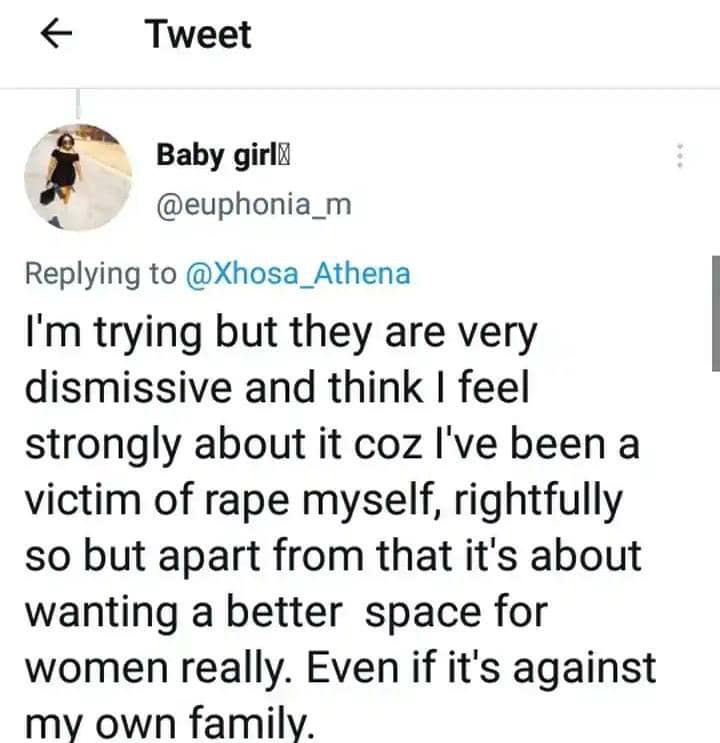 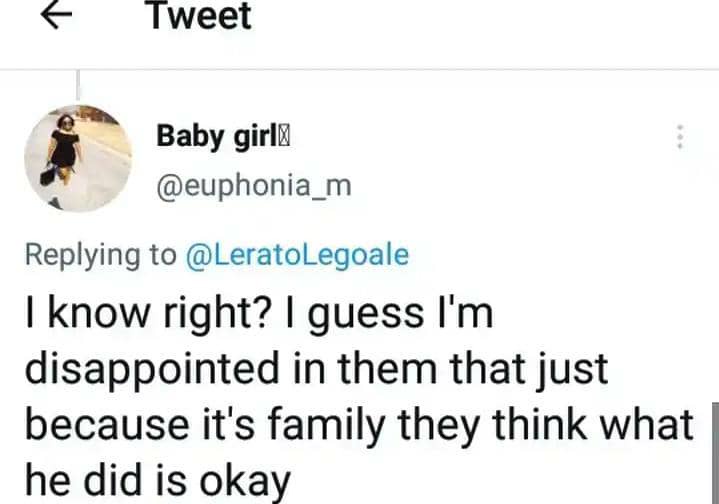 It's not a good idea to celebrate when her family's suffering, she warned individuals who feel this way. Despite the fact that his family believes his penalty was excessive, she believes they still had 37 years to make amends. As a result, he was constantly bailed out and paid for sangomas so that he could win cases, instead of making him a good person to be around. 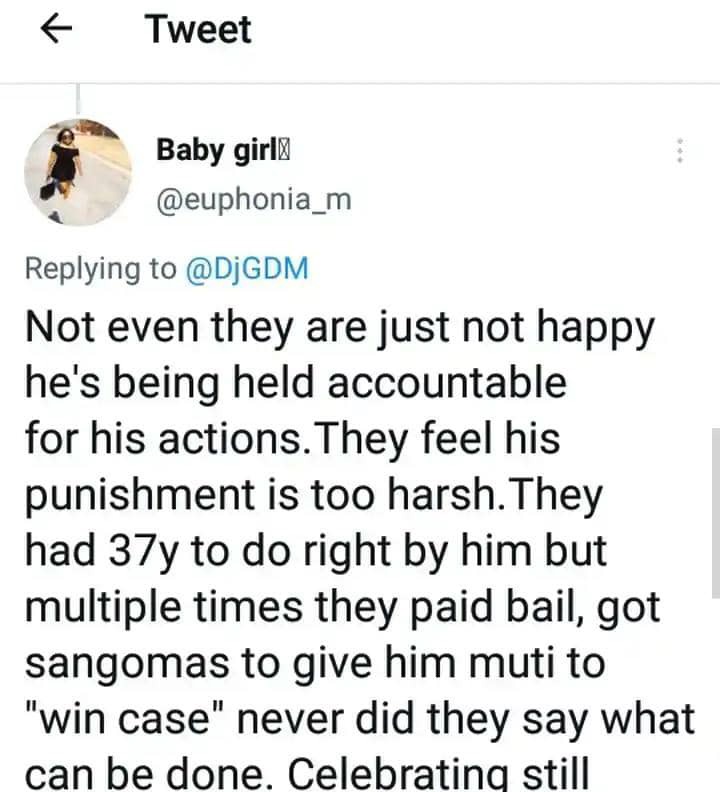 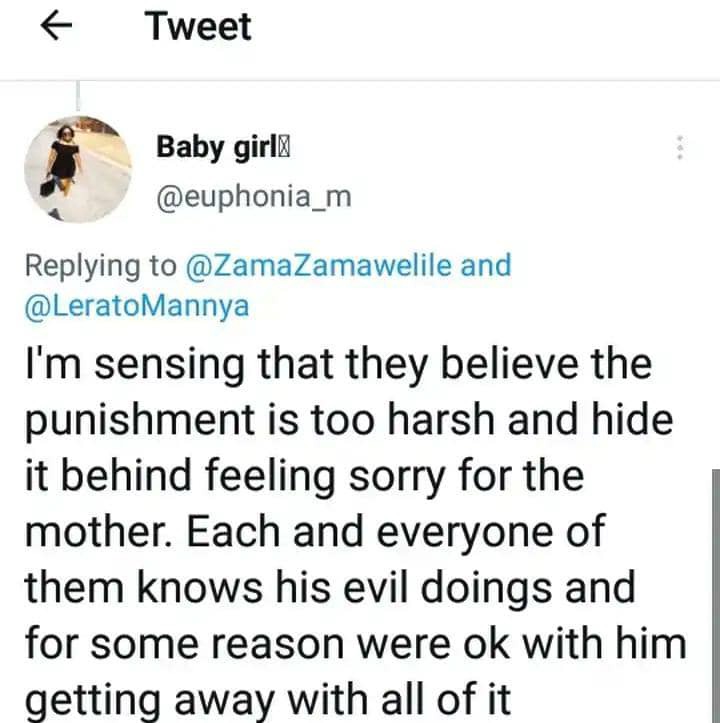 He abused other people's rights and violated the law. She didn't try to hide her disappointment in her family's reaction. "Everyone in my family knows about the guy's crimes," she continued. "But we don't want to punish him too harshly. 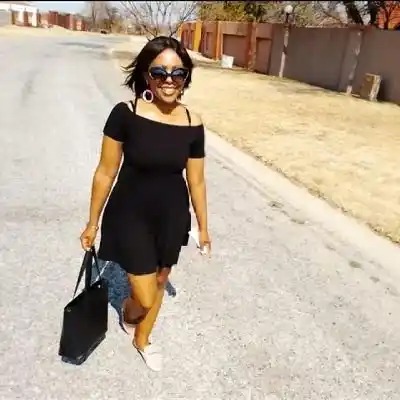 They let him get away with crimes from an early age, according to her. Because they knew how he is, they even permitted him to attend family gatherings and events. This is confirmed by the fact that her cousin has been incarcerated several times and that nothing has been done at home to stop his bad behavior.