By the_Kelvin_guy (self meida writer) | 18 days

These modern times has seen the Ghanaian youth rising to stand up for what they think must be done. I mean, the leaders were given the power to serve the people and these same people are asking for a massive improvement. The youth has realized that the time is now or never. They are certainly going to be the future leaders of this country and must make sure that life will be comfortable when they get there.

The “Fix The Country” campaign was initiated a few weeks ago and it saw most of the Ghanaian youth uniting for a common aim. This movement unveiled many abandoned projects in the country. The youth were just asking the people in authority to do what they were voted to do.

They had realized that that the time was now. It was either they voiced out their opinions or shut their mouths so they suffer in the nearby future.

After this campaign was initiated, there was this next set of people who never liked the idea of the youth asking the leaders to fix the country. They claimed the leaders were okay, the only thing which had to be fixed was the attitude of Ghanaians.

Well, these set of people think we fixing our attitudes as Ghanaians is the way forward. This generated a debate as to how our attitude could do the magic for the country. People cited examples of schools under trees claiming that the attitude of the kids were not going to fix the schools. The only people who were capable of fixing the schools were the people in power.

This afternoon, the leader of the Fix It campaign posted a few pictures of Ghanaian buses which had got stuck on our roads. These buses got stuck after the rains poured this morning. After posting these pictures, he added a sarcastic caption. His caption was simple, it went like, “Fix Yourselves”. 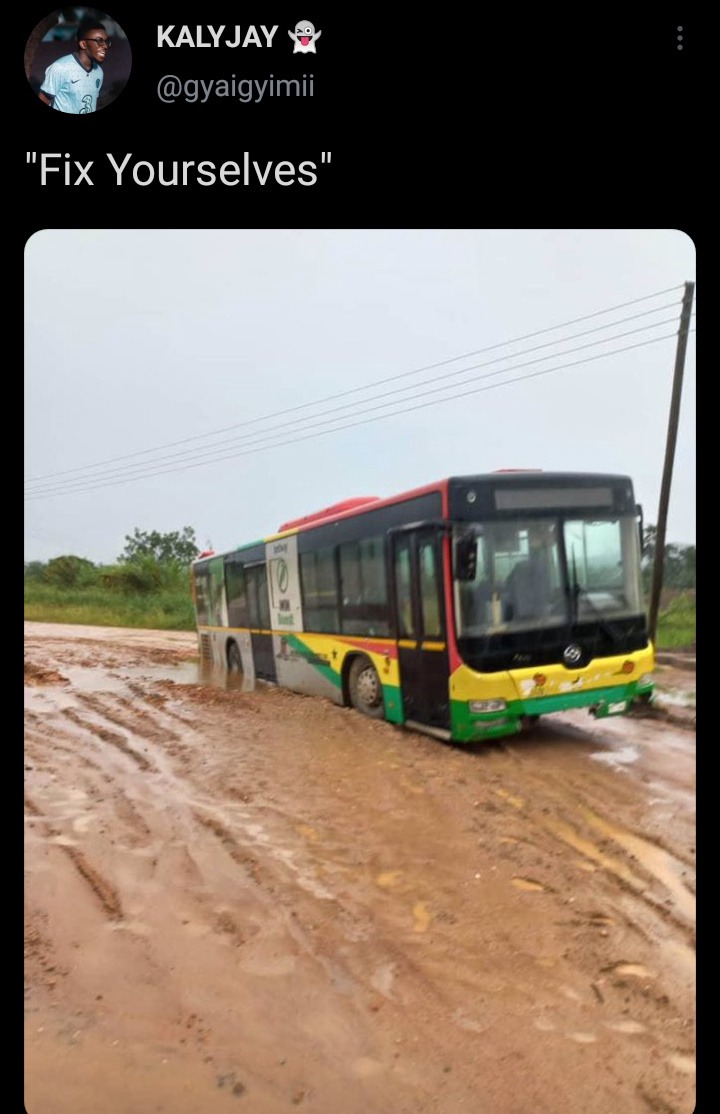 That was an indirect shade to the people who think the attitude of Ghanaians is what was costing the country. After posting these pictures, many people have decided to share their ideas about the pictures. Most of them are sarcastic replies and they are directed towards those who were preaching “Fix Yourselves” when the “Fix The Country’ agenda was initiated.

Well, maybe fixing ourselves will automatically fix the roads. 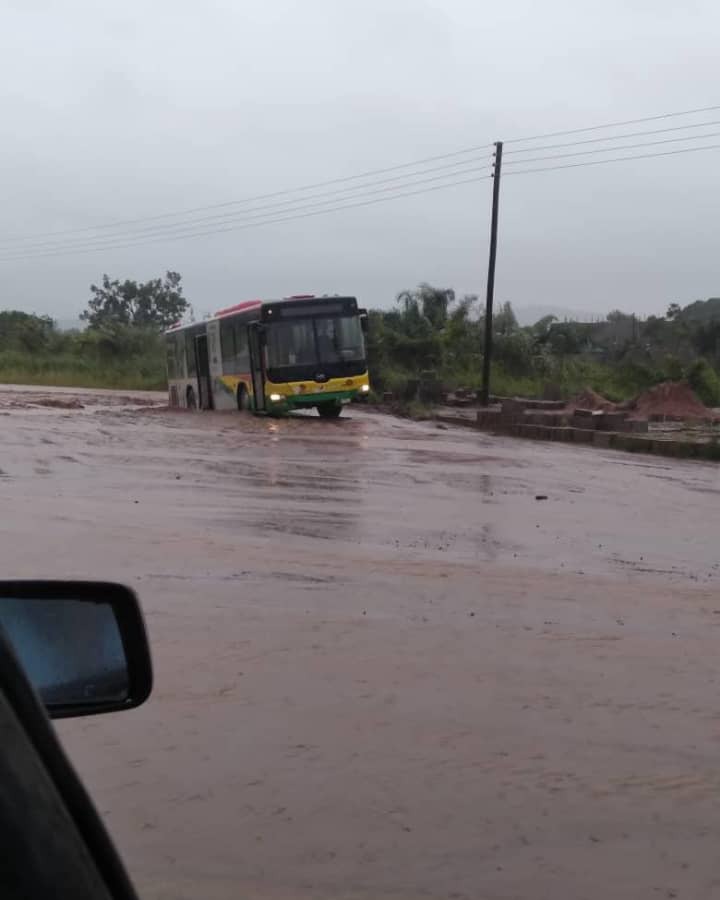 In the picture below, you can see that the driver is really going through a lot. Well, he should fix himself. 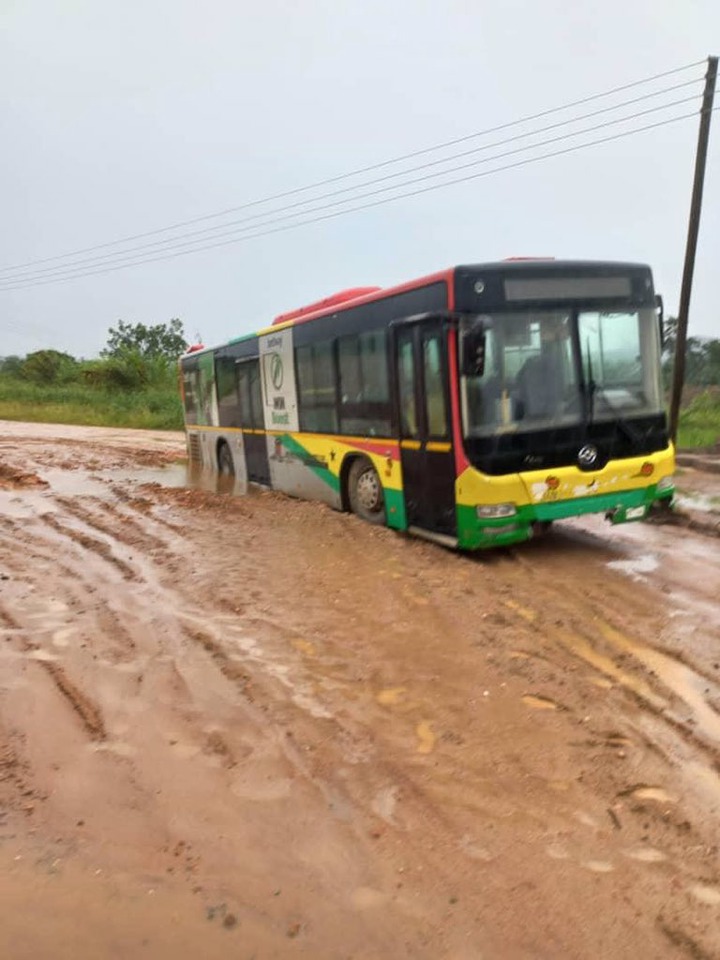 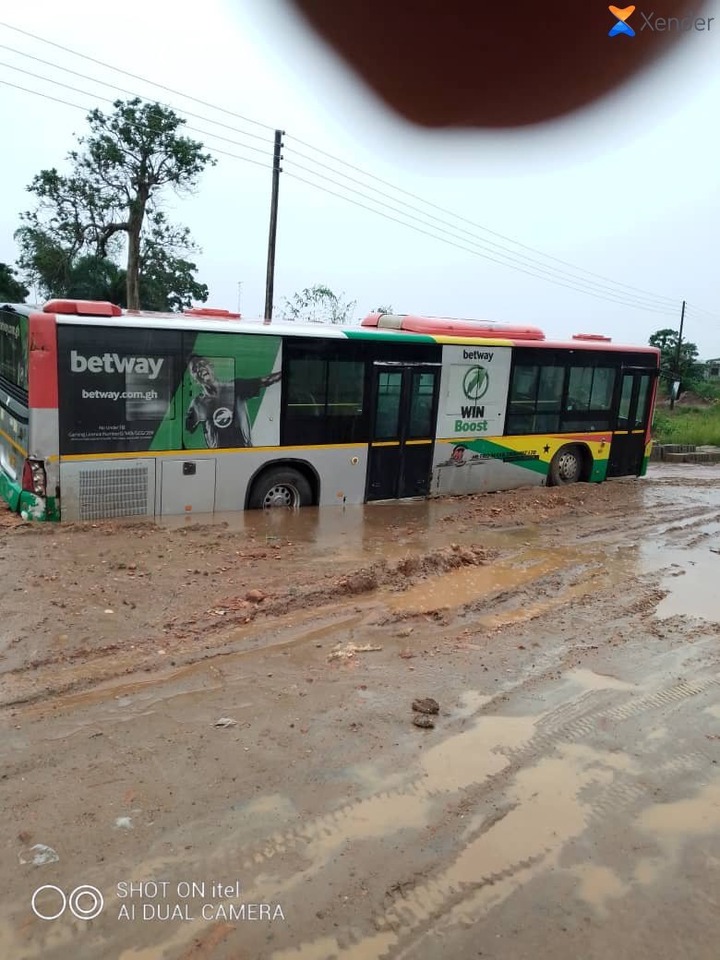