The Ghana Police Service has done the unexpected again after arresting another lead member of the #Fixthecountry protestors due to the ongoing demonstrations against the Akufo Addo government over economic hardship amongst others.

Not long ago, the unexpected and continuous arrest of the #Fixthecountry convener, Oliver Baker Vormawor raised lots of tensions amongst Ghanaians especially the Ghana police service and the UK ambassador to Ghana as another #Fixthecountry leader has been arrested again.

Surprisingly, the arrested #Fixthecountry member revealed that he was innocent and had done nothing wrong nor threw a stone to hurt any olive officer as a result of the most talked-about demonstration.

Meanwhile, the police officers who grabbed the suspect agreed otherwise as they dragged him to the nearby police station. 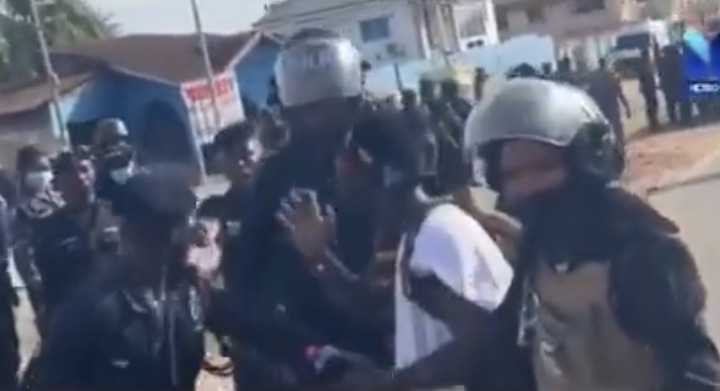 “You are surprised, right? They are arresting me for no reason. I have not thrown a single stone at the police because I believe in the law. I’m not going to run away because I know I’ve done nothing wrong but you’ve decided to arrest me”, the arrested #Fixthecountry member emphatically revealed. 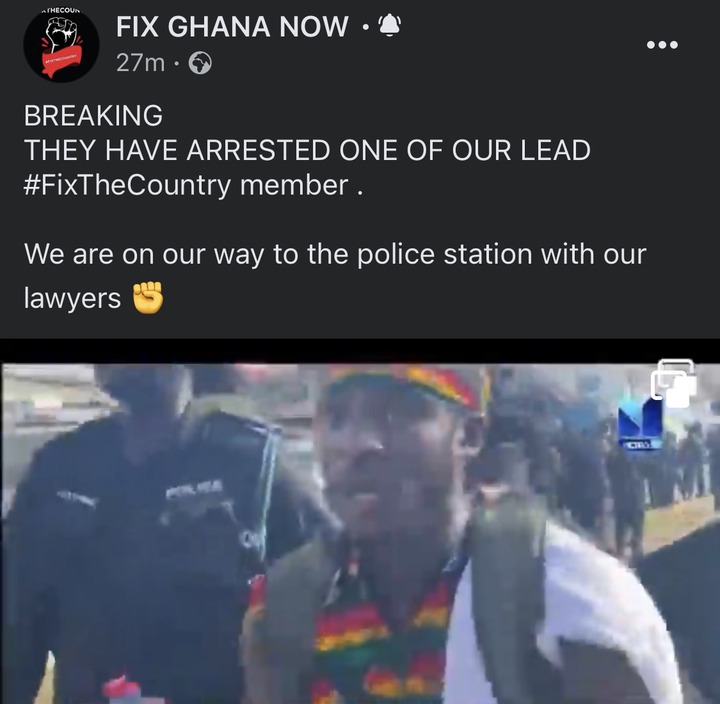 Do you think it was right for the police officers to arrest the #Fixthecountry member for commuting no offense against the police as revealed even though most individuals claimed otherwise?

What are your thoughts after the Ghana Police Service unexpectedly arrested another lead #fixthecountry member that has caused massive reactions online even though most individuals claim otherwise?