Leave The 'Holy Ghost' Out Of LGBTQI And Focus On Enacting Law; MPs Told

By Tinchie (self meida writer) | 24 days It is not as though prayer is a bad thing but the concern then, need we be reminded about Kennedy Agyapong's lamentations that "we as Ghanaians have been overly reliant on miracles and prayers to address issues that require reasoning and creativity." It baffles one's imagination hearing about our legislators heave prayers upon a subject so controversial as Lesbians, Gays, Bisexuals, Transgender and Queer (LQBTQI+) Rights in parliamentary chambers as they initiate a debate on a bill to address it.

In fact the focus of the gathering is to legislate against the practice of LQBTQI+ in Ghana. For over a decade we had treated this with soft gloves and outfight negligence leading to the formation of a much powerful voice rising to resist any legislation that impedes their activities.

As a Christian dominated, and highly religious country we have demonize this practice and so resorted to prayers as a means of correcting and insulating generations from it. 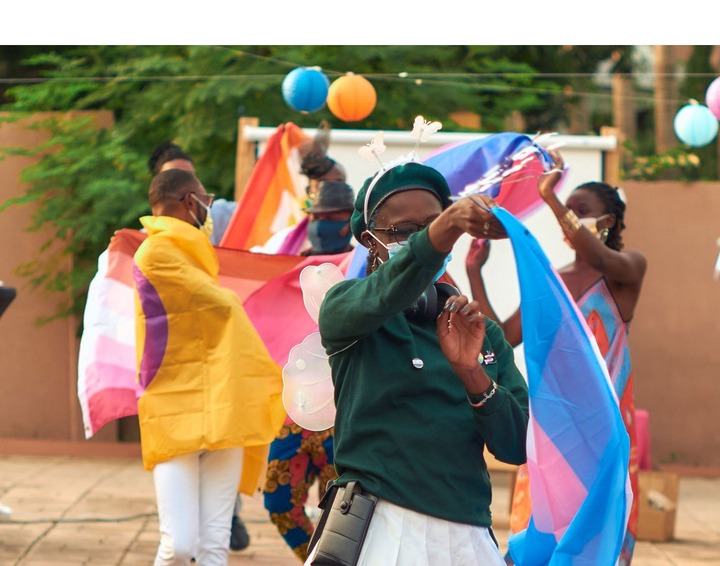 I do not blame them for even in the Western communities where such rights are recognized there is less understanding about the underlying factors for such behaviours and sexual preference. In the 80's to 90's it was hypothesized that homosexuality was a psychological condition.

Many had suffered verbal and physical abuse, stigmatization and stereotyping, and among other threats because of their sexual orientation and behavioral preferences. Even today, the not much could be said about the cause.

I propose that any consideration for a bill, which had already been highly skewed towards disadvantaging the 'perceived' rights of LGBTQI+, be circumspect of the person and the support systems that are available or could be provided to aid any reformation as intended by some high level politicians including the Speaker of Parliament, Hon. Alban Bagbin.

It would be recalled that the Speaker had hinted in a reply to one Mr. Abankwah Kesse on the subject of LGBTQI+, that pass a law that "will eventually nib the activities of these groups in bud." 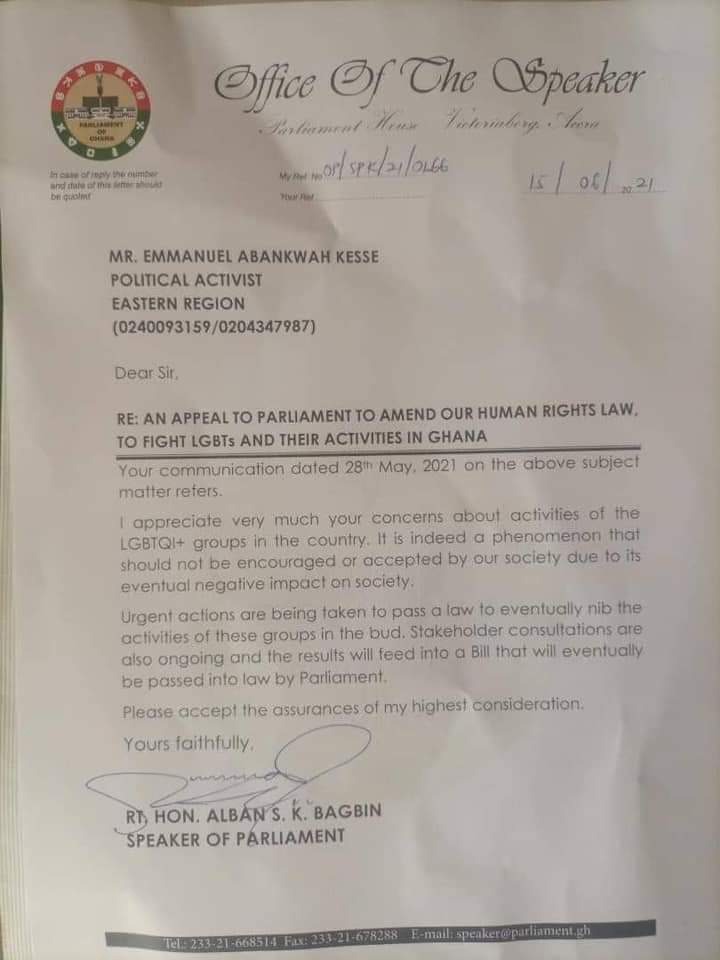 The existing condition and preoccupation under which the bill has been proposed gives little room for a representation of the interest of the targeted group. It thus creates an impression of a predetermined reaction or result of the planned meeting.

The realities on the ground especially on the back of the knowledge of Ghana represented as a champion of human rights, require that we address this subject with tactfulness and a strong justification for criminalizing it [if that becomes necessary].

This isn't about prayers or fasting or incantations. The forces limiting our decisions to firm up actions for, or against LGBTQI+ is our own selves. We simply haven't gotten to understand the issue as it had evolved.

As we await the outcome of legislators, we must equally expect an amplified advocacy both locally and internationally to defend these groups.