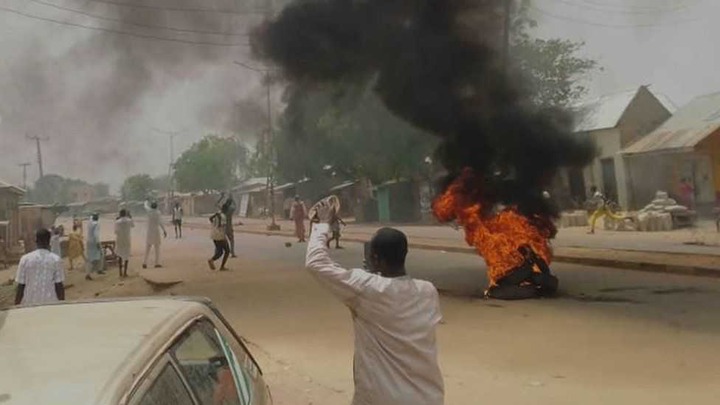 After the killing of Deborah Samuel, a Christian, second-year student in the northern Nigeria city of Sokoto on Thursday for alleged blasphemy, fake news and disinformation have been widely shared on social media.A conflict of words emitted on Twitter and Facebook between certain Muslims and Christians in the country, with each side blaming the other for bigotry and fanaticism.

Two days after the killing, a tranquil dissent in Sokoto turned savage, with requests for the arrival of the associated executioners with Ms Samuel.

A plenty of phony pictures, recordings and posts have been shared by virtual entertainment clients to prompt viciousness and bring about additional harm and division in the country.

Large numbers of the phony stories are joined by remarks on why Nigeria ought to be split between the dominatingly Muslim north and Christian south.

Facebook client Emeka Fans Page posted a video in which he makes many cases, one of which is "Sokoto individuals done butcher every one of the entire Christians in their state".

His video has been seen north of 670,000 times and shared in excess of multiple times. He additionally encourages his adherents to keep sharing the video.

A police articulation said two nonconformists were shot by the police when they attempted to possess the castle of the Sultan of Sokoto, the otherworldly head of Nigeria's Muslims.

There are a few real recordings that show nonconformists copying tires on roads, employing blades, blades and sticks while stumbling into the roads and reciting Islamic supplications. Another video showed individuals plundering and consuming shops in a market. However, there is no proof of killing or butchering as asserted by Emeka Fans Page.

The state government has forced a 24-hour check in time to recover harmony in the state.