By Still_Unbeatable (self media writer) | 9 months ago 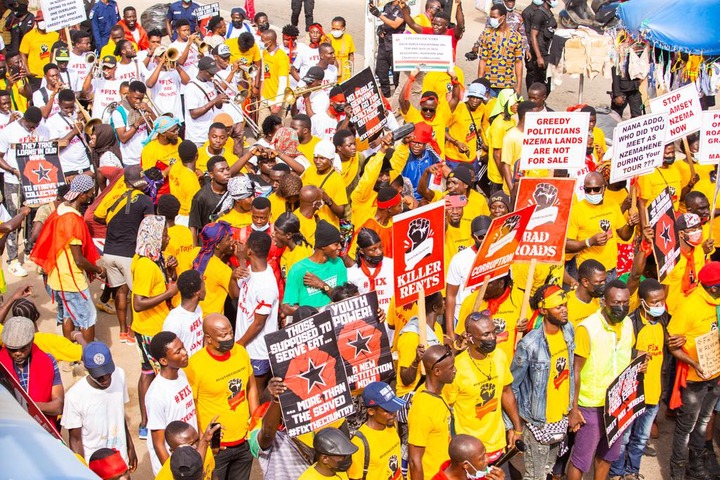 The Western Region edition of the Fix the country demonstration came off today, Tuesday, September 21, 2021. It can be recalled that Accra had staged one of the biggest of the protest marches. According to the leaders of the demonstration about 25,000 people marched in the Accra march. Ghanaians in countries like Spain, United States, Germany and others have also staged their versions of the demonstrations to express their displeasure.

On ‘Ekosii Sen’, today, Osei Bonsu interviewed Ernesto Yeboah of the Economic Fighters League and one of the conveners of the Fix the country campaign. OB queried him about how things went today. An interesting part of the conversation was when OB asked him why the Accra protest saw many people and why this was failed to get the numbers.

Earlier on OB had spoken to a Multimedia journalist who went on the march with the protestors and she had mentioned that the march saw about 500 people on the grounds. In answering the question on radio, Ernesto Yeboah said that their main concern was the message they wanted to send to the leaders of the country. On the numbers that attended, Ernesto said according to assessments they had close to 15,000 people. 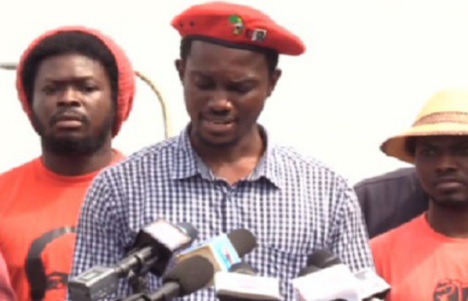 He went on to call the bluff of the Joy FM reported who had mentioned the 500 people and said it wasn’t proper journalism. OB then then insisted that per the videos he was seeing on social media, the numbers do not depict a crowd of 15,000. Pushed on the spot, Ernesto admitted that it was one journalist who told him that the numbers could come to 15,000. 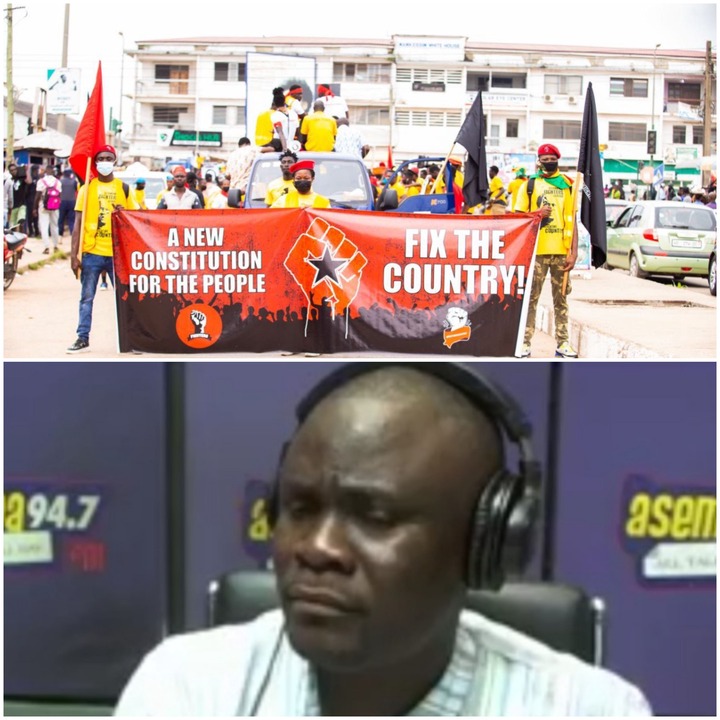 “Well. I asked one journalist who said that the numbers were close to 15,000. Our emphasis however is not on numbers but the message” Ernesto Yeboah said. Indeed, taking a look at the march, it is impossible that numbers even went beyond a 1000. Perhaps the journalist who gave the assessment to Ernesto might have mentioned or tried to mention 1500 considering the scattered crowds, but 15,000 was just over the bar. The conveners of the Fix the country campaign are expected to announce their next demonstration rally point.

Aside Judas, I've Met All The 12 Disciples Of Jesus And Had Party With Them - Popular Prophet Says.

John Mahama Finally Schools Akufo-Addo On How To Revive Our Economy, Read Details