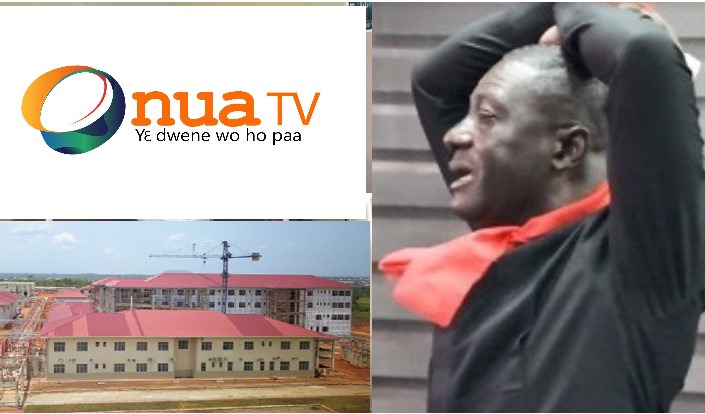 For allegedly publishing libelous content about the construction firm, Messrs Euroget Da Invest SA working on the $180 million Afari Military Hospital project in the Ashanti Region, Captain Smart and Onua Television risk being sued in $10 million lawsuit. This according to the convener for Fixing the Country Movement, Ernest Owusu Bempah, is a decision the company is contemplating.

On the Seat Show last night, Mr. Owusu Bempah disclosed that the construction firm take the publication by Captain Smart and his media house to be a threat to his credibility as an international firm. He mentioned that the company is by the contract responsible for whatever happens to the project until it is completed and handed over to the Government of Ghana hence such publication by the journalist mars their reputation and corporate image.

“The company is threatening a $10 million lawsuit against Captain Smart and Media General for publishing such false information about the project. They think the publication stains their reputation as an international firm, and they will not let this go easily. So let that Captain Smart know that his fake report is attracting a lawsuit of $10 million from the company,” Owusu Bempah reiterated.

Mr. Owusu Bempah made these remarks after a visit at the project site which was initiated by the Ministry of Defense on Monday. Footages as shared on television and other media portals showed that Captain Smart’s claim that some $38 million medical equipment including MRI, Oxygen cylinders and others which are meant for the Afari Hospital are eft to rot in the open, have been disputed.

It appeared that the machinery that were left outside the facility were mainly generator sets, air conditioning equipment and other ventilating machinery which are to be installed when the building is completed. The Oxygen cylinders which were spotted in the tape broadcasted by Onua TV, were said to be in good shape contrary to reports that they were rusting.

More to this was a counterstatement by the Ministry of Defense on the worth of equipment which per Captain Smart’s report was rotting at the uncompleted hospital. It is said that the total value of the equipment in less than a million dollars.

The Afari Military Hospital, all things being equal, shall be operationalized by December this year. Per reports from government the project is 95 percent complete and work is still ongoing.

Meet The Model With A Mysterious Tongue And Sizzling Photos

John Mahama Slammed By Ghanaians on His Reaction to The Economy on Social Media: Check Reactions