About 45 people killed in riots in South Africa

By Afredo (self meida writer) | 6 days 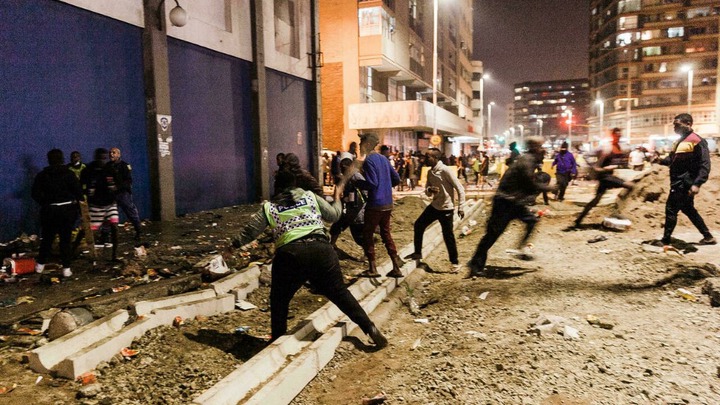 About 45 people have been killed in the violence that has affected some parts of South Africa after the jailing of former President , Jacob Zuma. 10 people were killed in a stampede during a looting at a shop in Soweto.

About 800 people have been arrested in the violence over the past few days. The military has been deployed to help police in South Africa. President Cyril Ramaphosa has called the violent in recent days some of the worst violent witnessed in South Africa since the 1990s, before the end of the apartheid.

Police Minister Bheki Cele told the media that if the looting continued, some areas would run out of basic food supply. However, Defence Minister, Mr Mapisa-Nqakula, said there is no need to declare a state of emergency over the violence in the Guateng provinces.

About 26 people have been killed in the Kwazul-Natal province. In the Guateng Provonce, the death toll is 19. Several shops have been ransacked, ATMs broken into and restaurant and shops tore down by violent actions of people.

In Kwazulu Natal, ambulances are attacked by rioters. Administrators have accused some people of taking advantage of the crisis to perpetrate criminal acts.

Content created and supplied by: Afredo (via Opera News )

[Video]: Be very careful else I will 'fire' you - Twene Jonas sends words to New IGP.

Twene Jonas In Trouble: Accused Of Devil Worship In The Church Of Satan

His Name Was Not Dr.Kwame 'Nkrumah'. This Is His Real Name. -Popular Chief Reveals.

Twene Jonas Rides His $1.5 million Dollars Bentley As He Sends New Message To MPs In Parliament