By generalconcept1 (self media writer) | 9 months ago 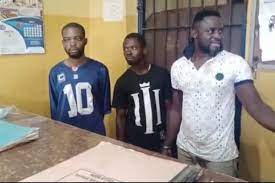 The Kuntenase District Court has denied three persons accused of murdering a teacher and Bolt driver at Feyiase in the Ashanti Region bail.

The lawyer for two of the accused persons, Richard Adee and Anthony Sekum had argued for bail.

He noted that the two had no direct involvement in the murder of Israel Agyei Manu which transpired on Sunday, 4th July, 2021. 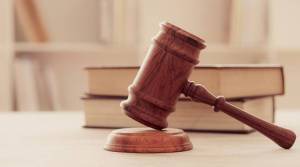 He assured that his clients will be present whenever needed in court.

Following his submissions, the judge, His Worship Francis Asakia denied the accused bail on the basis that it will be premature to grant them.

The three have thereby been remanded to reappear before court on 22nd July, 2021.

The headless body of Israel Agyei Manu was found on Sunday July 4th, 2021 with some body parts missing from the corpse at Feyiase new site in the Ashanti Region.

A thorough search of the area by residents led to the head of the deceased.

The Police announced the arrest of Rashid Ibrahim in connection with the murder and he is said to have confessed to it.

He also led the police to arrest the other two, Richard Adee and Anthony Sekou who he said influenced him to kill for money ritual.

Meanwhile, the main suspect known as Black Akasha, a fetish priest is reported to be at large.

Shame. Why Are You People Attacking Me For Choosing Alan?- Hopeson Adorye To Some NPP Members