I Won’t Join the #FixTheCountry Protest Because Things are Better than Before- Kofi Bentil.

By Folkxhub (self media writer) | 8 months ago 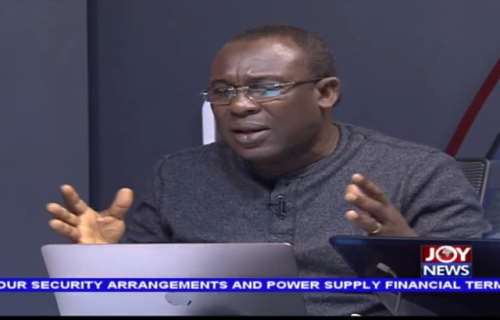 Kofi Bentil is a lawyer and Senior Vice President of Imani Ghana. Eloquent and intelligent, he has an admirably impressive command over the Queen’s language and registers his submissions in a scholarly manner.

Reacting to the #FixTheCountry campaign protest on Sampson Lardi’s Newsfile show on Joy News, he was played a video of a protest his agency- Imani Ghana launched. The protest was against Dumsor, water and electricity challenges, inflation and excessive nuisance taxes.

This protest, against former president John Mahama, was marred by the police after the protestors were alleged to have violated some agreement with the protest organizers.

But Kofi Bentil told Sampson that, inasmuch as the current cry by the #FixTheCountry is similar to his own, they are not necessarily the same.

According to Kofi Bentil, “the facts are clear that Dumsor is not as we used to experience during my protest. Again, these government officials are cooperative. You see Vice President has responded to the group by showing the problem and their efforts towards them. They talk about cement prices: Look, real estate is on surge in Ghana now, so much cement is being produced but the demand is too much. Production of cement is better than before. However, I think there are challenges that make this protest justified”