By SVTVAfrica.com (self media writer) | 10 days ago 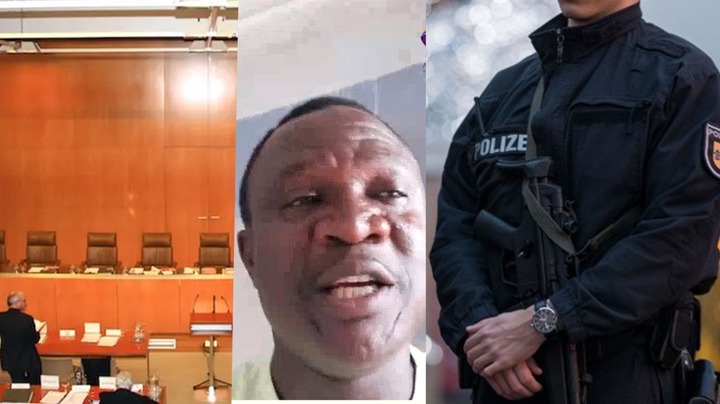 Salifu Abubakari has been living in Germany for almost three decades, but he had to flee the country a few months after bringing his wife and two kids from Ghana to stay with him.

In a chat on Daily Hustle Worldwide, Salifu revealed that he met his wife as a student in Ghana, sponsored her tertiary education and made her his wife after. Five years into their marriage with two kids, Salifu decided to bring his family to Germany, but their relationship turned south a few months after.

“When she came, I told her that I would sponsor her education so that she would get a better job here. But she told me she wants to have a baby first, and we had to put the medication on hold for her to conceive. A month later, she picked seed.

I came back from work one day, and she told me that she doesn’t want to be with me anymore. I asked why and she said she just wants to divorce,” he explained.

According to Salifu, he tried to find a way to bring them back home, but she rejected the offer. He took the kids to Ghana, but he went back to Germany to meet an empty house.

“She had packed out of the house to a different city and reported to the police that I had raped her. The police came to my workplace, but I was not around, so I visited the station for questioning. Eventually, the case was trashed out because of my clean record.”

Moreover, Mr Salifu mentioned that he was summoned to court and lost custody of the children he had sent back to Ghana.

“After she gave birth, she took custody of the child with no visitation. I never saw the baby, but I gave them money monthly. I was arrested and detained for ten days because I had refused to bring the kids to Germany.

Meanwhile, I was paying for the court fees and all. So I decided to avoid the mess and come back to Ghana after the COVID,” Salifu added.

Mr Abubakari mentioned that the child support system in Germany caused her wife to divorce him. Salifu is presently living in Ghana with no plans of travelling back to Germany. However, he hopes to take his kids back shortly.

99% Of Women Will Feel Loved If You Do This.

Netizens Gush Over DJ Switch As She Dazzles In New Photos