Takoradi Gets Hotter As Captain Smart And Okatakyie Afrifa Get Big Trouble Over Apparel And Set. 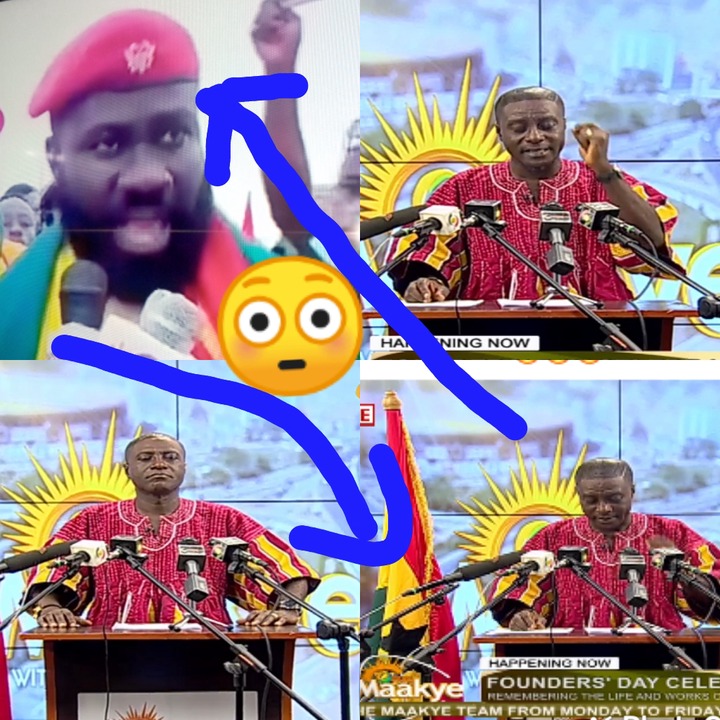 The Western Regional capital Takoradi is brewing hot with the youthful exuberance of protestors. This morning, thousands of people have thronged the streets to protest against poor governance.

Dubbed FIX THE COUNTRY, the protestors flashed placards and sang along to drum home their grievances

" Ghana is having a useless democracy which needs to be scrapped" Yakubu Hardi of the Economic Fighters League told Joynews.

Two of the FIX THE COUNTRY convenors namely Captain Smart and Okatakyie Afrifa however are in big trouble in the acidic mouth of social media users.

On the part of Captain Smart, his set design on Onua TV brought him the problem. In solidarity with the ongoing Demonstration, he designed his set like a President. Not only that, he spoke like a President in the voice of Kwame Nkruma.

Social media users roasted him for portraying himself as such. They feel that, it's only the President of Ghana who have the power to carry such a set in addressing the whole country. However, Captain Smart did it easily. 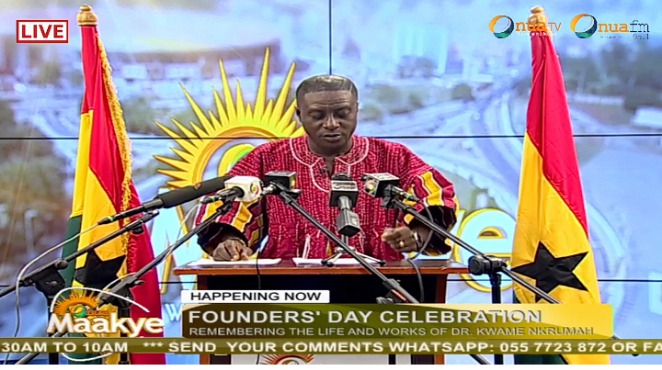 For Okatakyie Afrifa, he was at the venue. However his apparel ( dressing) brought his woes. He wore a red military beret with a state crown.

According to Social media users, it's only the top ranking Military officers who are supposed to use that form of cup. There he is wearing it in a Demonstration. 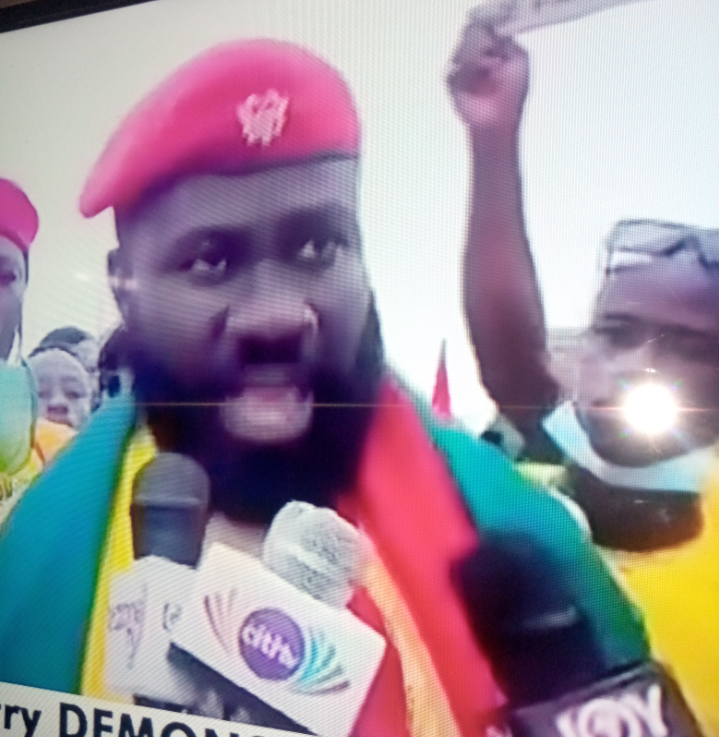 " These people's dressing and set makes them feel like President and Military leaders already. Captain Smart and Afrifa must be brought to order before they try anything funny" One social media user George Adu Amminampong fired.