By Cityzen_Vigilante (self media writer) | 20 days ago

Discussions surrounding the LGBTQ rights in Ghana looks very far from over with twist and turns in the media space everyday. Lead Counsel for the New Patriotic Party in the 2020 election petition at the Supreme Court, Lawyer Akoto Ampaw has jumped into the Defence of the LGBTQ+ Community.

Lawyer Akoto Ampaw says the actions of members of the LGBTQ+ community is in no way a threat to society and that there are already existing laws that prohibit the act and so therefore, introducing the anti-LGBTQ+ bill would worsen the plight of individuals involved.

He made this assertion when he appeared on PM Express on Joynews with host Evans Mensah to state the position of a coalition that has risen against the anti-LGBTQ+ bill. 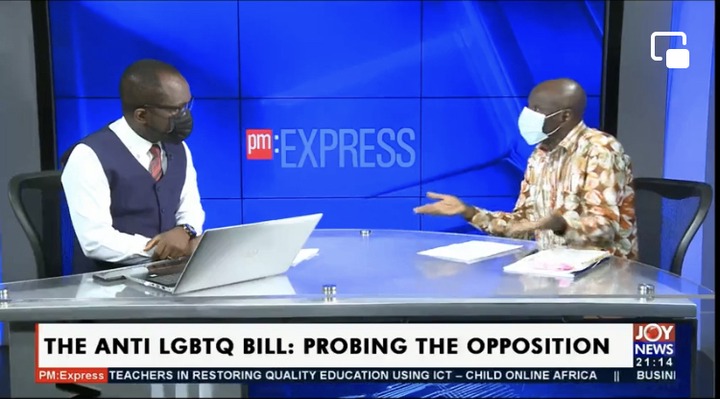 In his opinion, the state should rather have regulations to control teenage pregnancies and child births that in a way has impact on society and not actions of some minority group whose actions does not affect society in anyway. 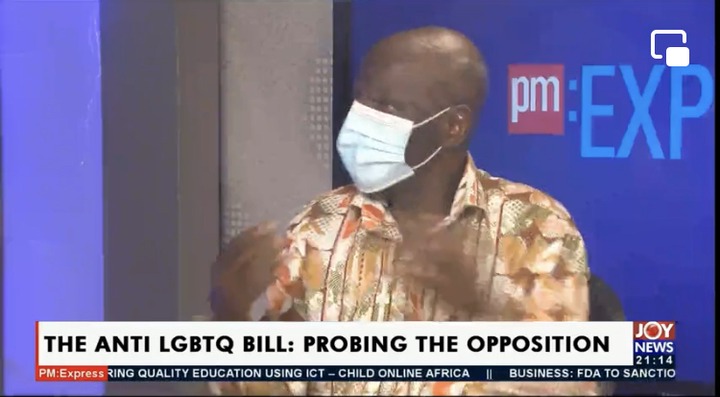 ” Homosexuality is not a threat to society. It is wrong for the state to apply all the strength it has in such a minority group. We should rather be concerned and have regulations to control teenage pregnancies and birth” he said.

He indicated that the coalition against the anti-LGBTQ+ bill has petitioned Parliament on the matter and expect that members of the house would carry out their duty based on the constitution and not sentiments expressed by their constituents.

He also indicated if this bill is approved, it would be a dangerous move and pave the way for other minority groups to be targeted.

He also reiterated that there are provisions in the constitution that protects the rights of minority groups and that it is not always about the majority.

Already, there are allegations that Lawyer Akoto Ampaw has been paid by the LGBTQ+ community to defend them but as it stands now, only time will tell whether such a move has taken place.

He says his defense has nothing to do with his personal preference but respect for the right of the minority in society.