By Wysopera (self media writer) | 28 days ago 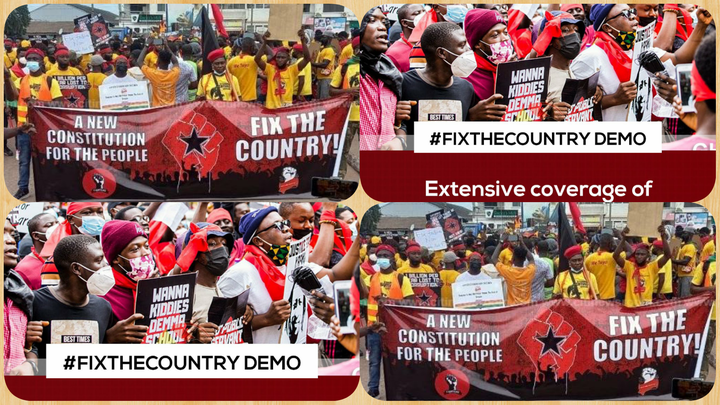 The 'fix the country' demonstration that took place yesterday at Takoradi and has gone so viral is still trending on major social media platforms.

Ghanaians keep reacting to and sharing their views on the protest. The protest has seen the indigenes of Takoradi and other citizens of Ghana in attendance. An old woman believed to be in her nineties was also seen at the demonstration, jubilating and dancing amidst cheers from the youth.

Notable among the agitations of the group is their concern about the missing Takoradi girls, justice for Kaaka and the provision of jobs for the youth. 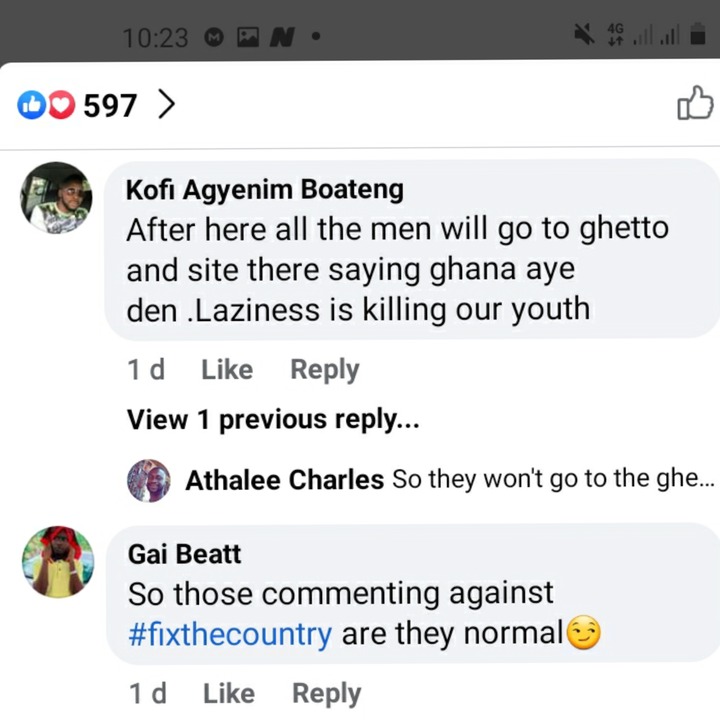 In the reactions above, Kofi Boateng has lambasted the demonstrators, asking them to go to the farm to buy and sell farm products in order for them to get revenue. He claims that they are simply wasting their time and energy. Kofi Boateng has continued to talk about situations at market places where one could see only the old working in the morning. The youths, he claim sleep while the old work. This we believe is Kofi Boateng's way of saying that the youths are lazy. In a separate comment, he has point it out blankly that 'laziness is killing the youth'.

Evans GetRich has suggested that if they were to employ themselves into masonry, they would have been making an amount of seventy Ghana Cedis to one hundred Ghana Cedis.

Ebenezer Mensah and others do agree with the 'fix the country' protesters. Emmanuel Hinson expresses his desire to be at the demonstration, and throws his support behind the protesters.

Nana Yaw is of the view that the leaders of the nation are not bothered about their demonstration. Evans GetRich has commented once again telling the protesters that their demonstration, which he has referred to as 'noise', would not bring about any changes. He urges them to take their destiny into their own hands instead of protesting.

Do you side with these backlashes thrown at the protesters?