By Lawrinda (self media writer) | 5 months ago 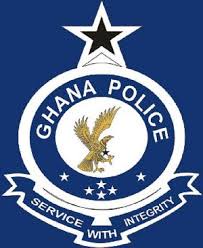 Twenty-Nine(29) demonstrators have been arrested, and others are being pursued according to the Police.

The Ghana Police in a release says it has arrested 29 demonstrators for their participation in violent attacks on the Police and some members of the public including school children during the Arise Ghana demonstration in Accra on Tuesday June 28.

It will be recalled that, the Ghana Police in a statement released yesterday immediately after the demo assured the general public that it will bring all those who participated in the violent demonontration.

According to the statement, the police will bring to justice all those involved and the public should ignore any untrue stories from the demonstrators.

The Ghana Police on Tuesday, were attacked by protesters of the Arise Ghana Demonstration when they were discharging their duties as guards.

The police according to a statement released immediately after the demo informed the general public on how the protests refused to comply with the court orders and their efforts to install order brought about attacks on the police.