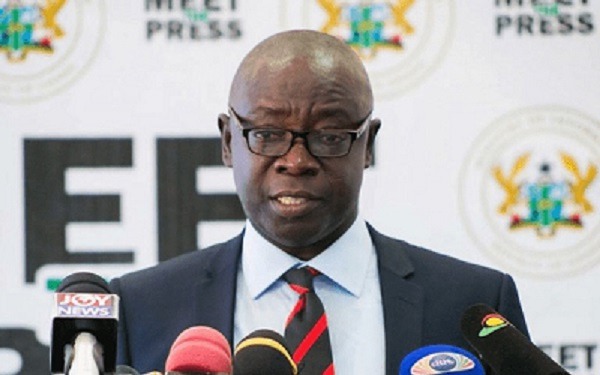 Lawyers for the former Minister for Lands and natural resources Mr. Kwaku Asomah Kyeremeh are threatening court action against persons who have been tarnishing his hard-earned reputation through false publications.

According to a statement released by Henewa Chambers and signed by Kwabena Asare Atua Esq, the former Minister has never been engaged in illegal mining.

According to the statement, there have been several publications in the media domain that have suggested that the former Minister is among NPP Bigwigs who are into illegal mining.

It further added that some news items have accused the former Minister of being arrested in Tarkwa by a former MCE, Mr. Gilbert Asmah.

“My client's attention has been drawn to a story with the title “List of NPP Bigwigs Rumored to be Galamsey Kingpins”, where He has been rumored to be involved in Galamsey. The story goes further to state that my client was arrested by the MCE of Tarkwa together with his task force for taking monies from illegal miners when he was the Minister for Lands and Natural Resources. The news item further claims that he was arrested at the Tarkwa Police Station and this incident occurred in 2020”. Parts of the statement indicated.

The lawyers further added that Mr. Asomah Kyeremeh has never been involved in Galamsey and has no concession.

“My client wants to state categorically that he has never been engaged in galamsey and owns no concession. There has not been any circumstance in which my client aided or enabled any entity or individual to engage in galamsey”. The statement added.

It adds that Mr. Asomah Kyeremeh never visited a mining site to take monies from any illegal miners. He is demanding an apology for the publications or resorts to the court.

“My client has never visited any galamsey site to take monies from illegal miners nor has he been arrested by any person or by Hon. Gilbert Asmah, the former MCE for Tarkwa. He had no hand in the dismissal of the MCE. My client demand that the falsehood published against him in the circumstances must be retracted or face legal action”. The statement added.

﻿Read the full statement below 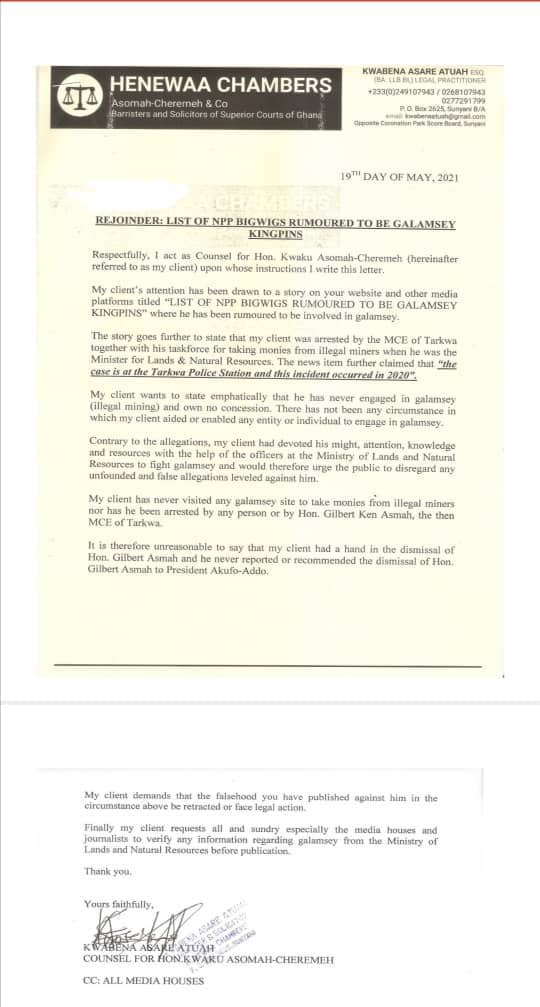 Akufo-Addo To Be Impeached By Parliament?