By Tawheednews (self meida writer) | 7 days 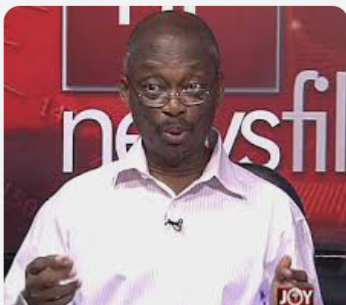 There seems to be an unending feud between renowned journalist, Abdul Malik Kweku Baako and Assin Central Member of Parliament, Hon. Kenedy Agyapong.

The relationship between the two became worse after the Editor in Chief for the New Crusading Guide Newspaper sued the lawmaker for defamation which he subsequently won at the High Court.

The latest feud between the two started after the Assin Central Member of Parliament stated in an interview that, he will not pay Abdul Malik Kweku Baako a dime as directed by the High Court in its judgment.

But, Abdul Malik Kweku Baako in reacting to the comment by Hon. Ken Agyapong stated that, he will be serializing the transcripts of cross examination and excerpts of the High Court ruling to illustrate the depth of incompetent by the Lawmaker.

Kweku Baako also stated that, Ken Agyapong and his star witness failed to substantiate the allegations leveled against him.

The renowned Journalist further stated that, after suffering a humiliating defeat at the High Court, Hon. Ken Agyapong seems to have grown some balls and started spewing his usual noise of allegations which he failed to prove at the Court.

﻿Below are screen shots of Kweku Baako's response on his Facebook page. 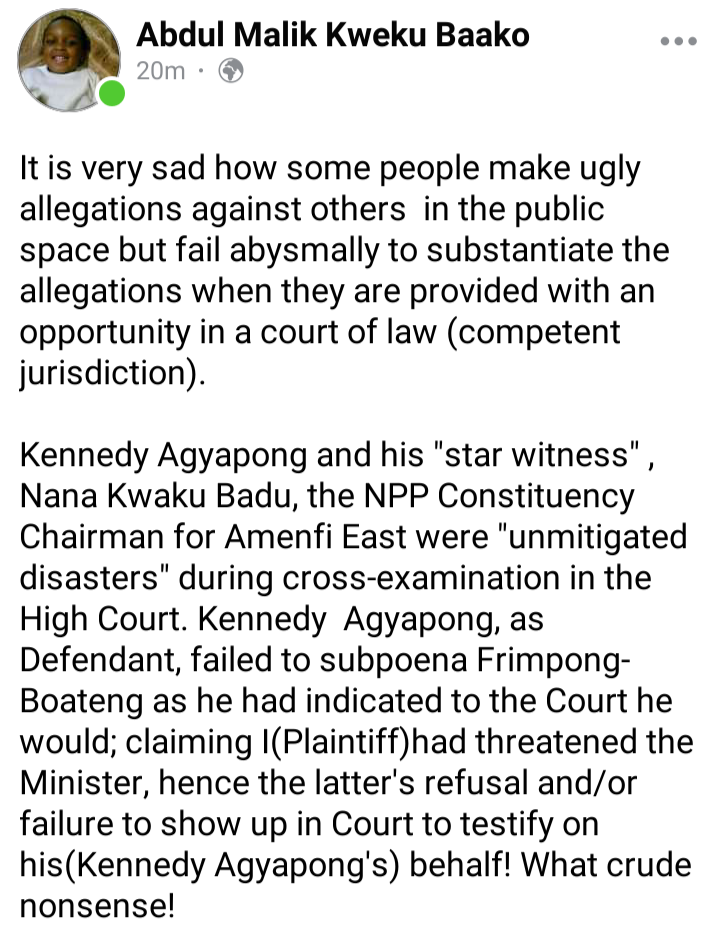 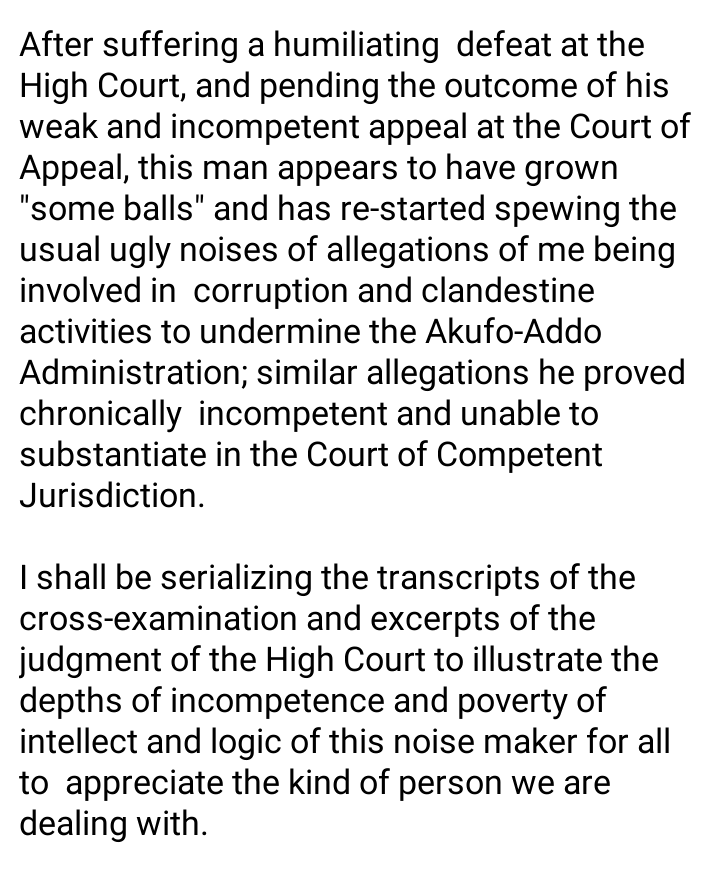 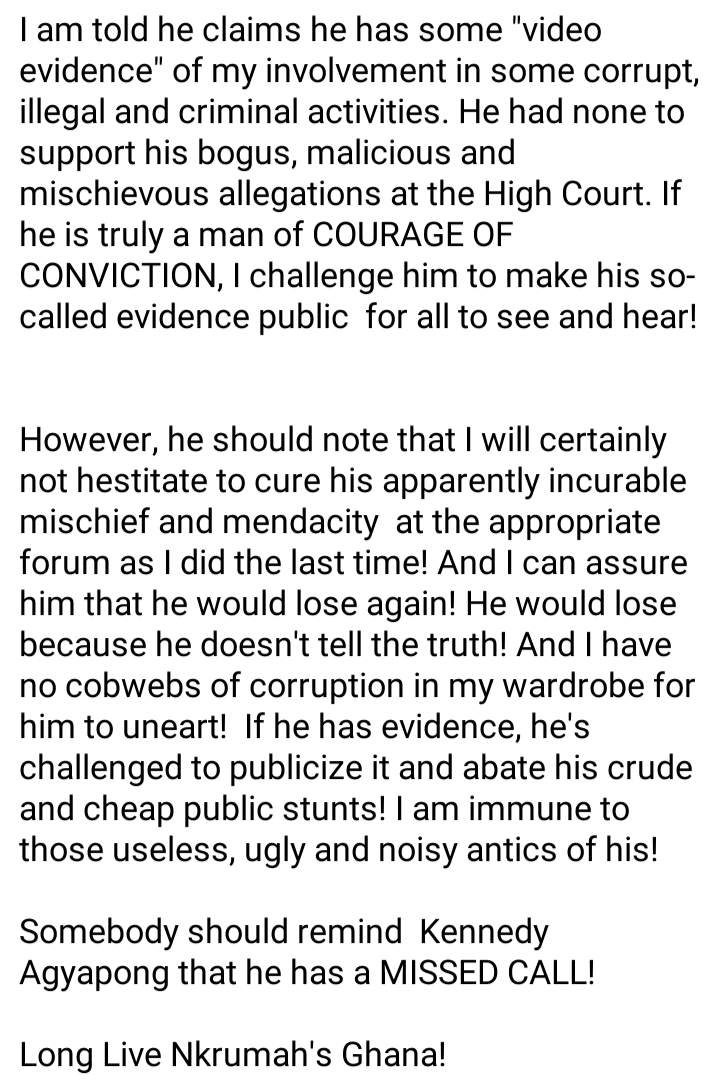 The Assin Central Member of Parliament has filed for an appeal which is still pending at the Court.