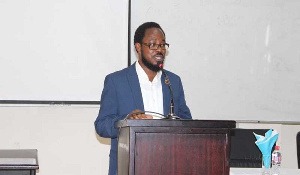 A senior lecturer at the University of Ghana has said the shooting incident at Ejura in the Ashanti Region was a warning to the ‘fix the country’ demonstrators in Accra.

According to Dr. Kobby Mensah, the government was sending a clear signal to intimidate potential demonstrators who want to participate in the 'fix the country' demonstration.

In a series of tweets, he added that the government was predetermined to go for the worse possible action to scare the ‘fix the country’ demonstrators in Accra. 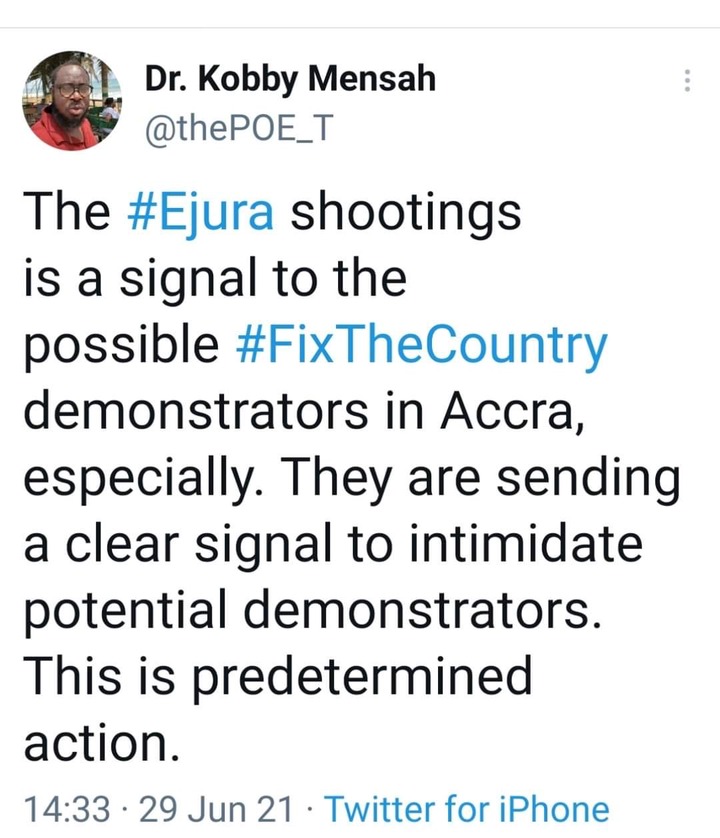 “The #Ejura shootings is a signal to the possible #FixTheCountry demonstrators in Accra, especially. They are sending a clear signal to intimidate potential demonstrators. This is predetermined action,” he tweeted.

Dr. Kobby Mensah's comments come on the heels of Tuesday’s attack on unarmed protestors by the military in Ejura.

The youth took to the streets to protest against the murder of Kaaka Anyass Ibrahim, who was allegedly murdered for calling for Ghana to be fixed.

In a bid to disperse the crowd, the military shot at the protestors who were subsequently rushed to the Ejura Government Hospital.

Two people have since been declared dead while nine are said to be in critical conditions.