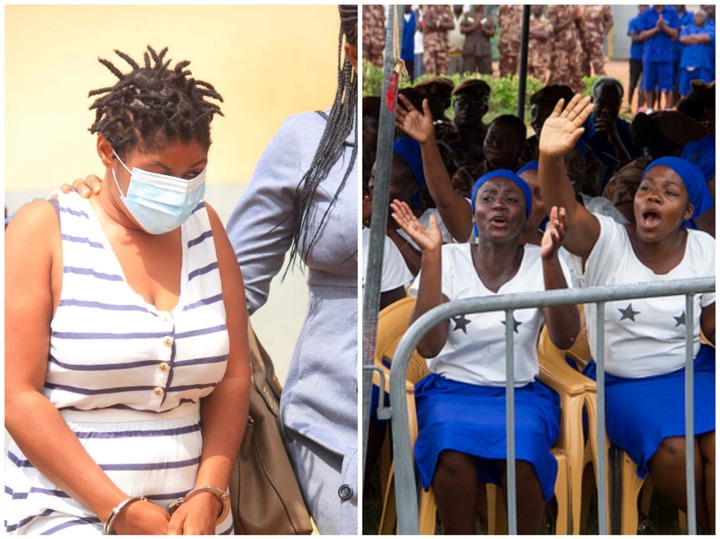 Some new developments are unfolding in the fake kidnapping case involving twenty-nine (29) year old Joana Krah Akos. Mr Ebo Donkor Esq, a legal practitioner with the Legal Aid Department in Sekondi-Takoradi, reports that the accused was coerced into admitting the charges that were preferred by the prosecutor.

The claims by the lawyer were based on an account by Joana Krah Akos, and thus challenge the statement the Prosecutor presented to the Takoradi Circuit Court. The accused has served close to a week in prison.

Even on the day judgement was pronounced, Lawyer Donkor who was alarmed by the 6-year prison sentence argued that the court could have been more lenient given that the offence was simply a misdemeanor. Having learned about what transpired when the accused was held by the police for investigation, Lawyer Donkor says that Joana has been treated unfairly.

He questioned the hasty investigations the prosecutor conducted and the rationale for which Joana admitted her guilt at the first appearance in court. He added that the court failed to grant the accused an attorney, knowing surely that it was within her right to have one to defend her.

“The procedure leading to the conviction was too fast and the lady was not represented by a lawyer in court as well.”

Lawyer Donkor indicated that he is taking up the case to file an appeal, adding that “my client [Joana Krah Akos] was lured by the CID Officer to plead guilty before the court so she will be granted a lighter sentence or fine by the judge.”

He mentioned that it was unprofessional of the CID officer to lure an accused person into believing her admission of guilt and in the absence of a defence lawyer. Lawyer Donkor assured the family of Joana Krah Akos that he is ready to appeal the case and have her jail sentence waived for a lesser sentence.