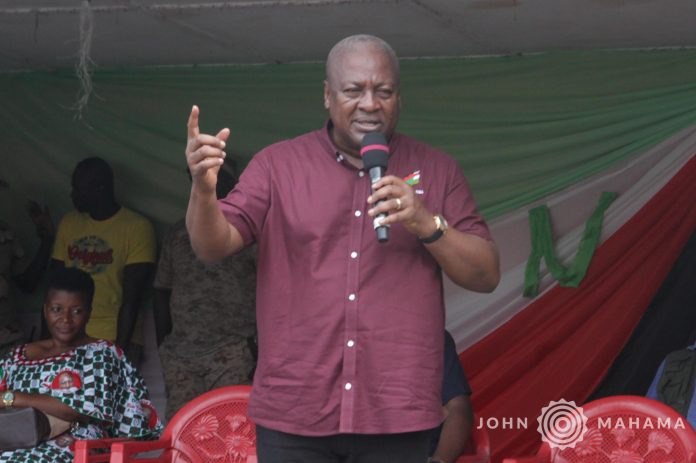 Former President John Mahama has thrown his weight behind the National Democratic Congress’ “March for Justice” on Tuesday.

In a post on Twitter, the former President shared a news report about the demonstration with the caption: “It’s a March for Justice.” 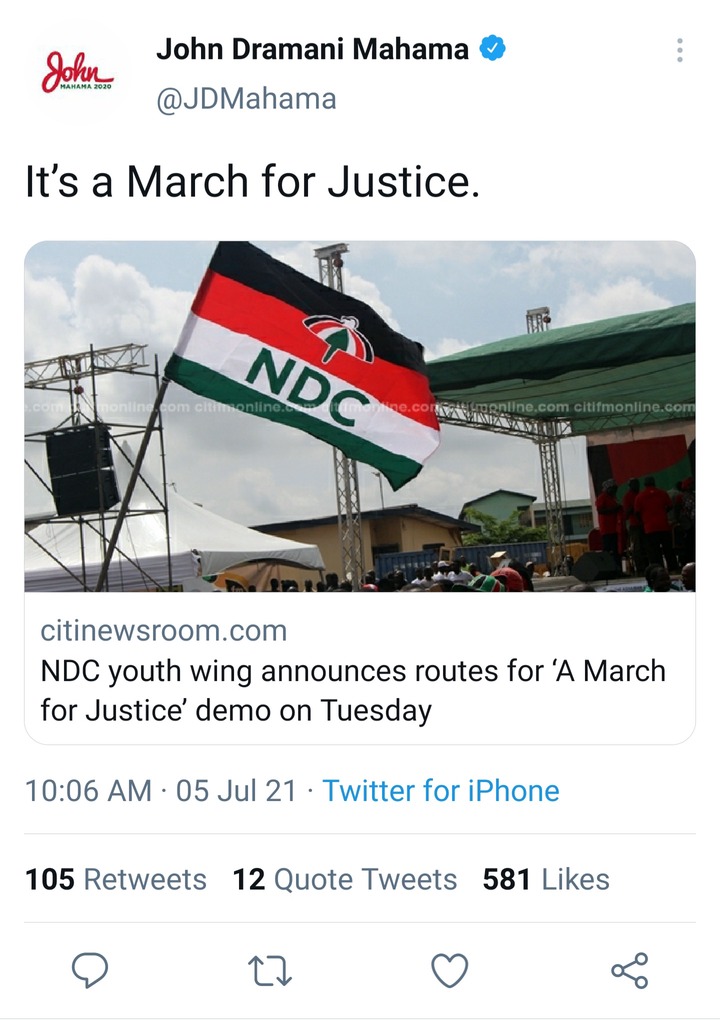 It is still unclear if the former president will participate in the protest but high-profile officials of the party such as the General Secretary and the National Chairman have served notice of their participation.

The “March for Justice” protest is being organized by the National Youth Wing of the NDC to protest the rising police and military brutalities against Ghanaians.

The protest is also to demand justice for those who have been killed or injured by state actors such as the police and the military.

They want justice for the seven people who were killed during the 2020 elections as well as the murder of Kaaka Ibrahim Mohammed and the murder of two people in Ejura by the military.

The protest will start at the Accra Mall and protestors will march through the Liberation Road through to the Lands Commission and then proceed to the Flagstaff House and then to parliament where they will present separate petitions.