By Kumbundoo (self media writer) | 9 months ago 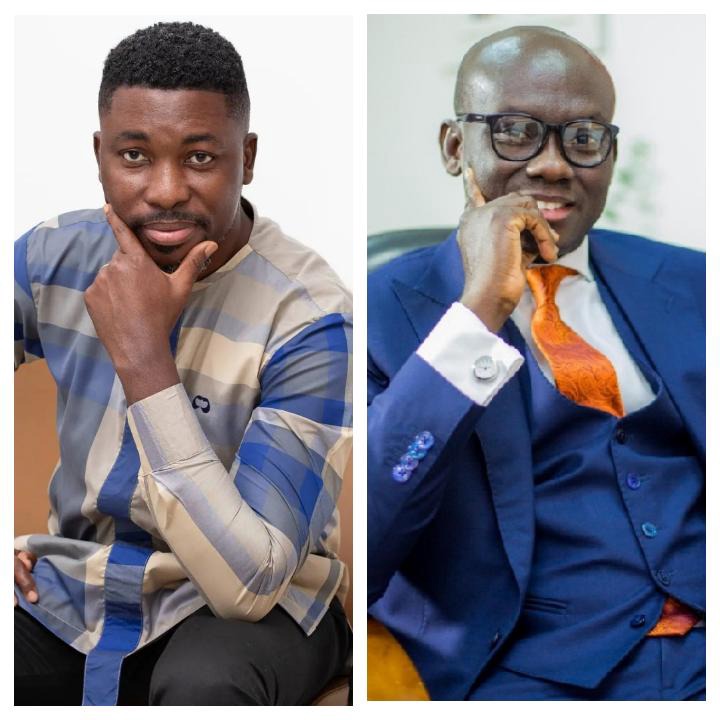 Comedian cum Social Activist, Kwame Asare A Plus, has descended on the Attorney General, Godfred Yeboah Dame, for the decision to appeal against a high court ruling in May this year in the case between Achimota School and one its student, Tyrone Iras Marghuy. Months after the court's decision, the Attorney General's Department and the Achimota School have moved to file a suit at the Appeals Court, seeking the court to set aside the ruling by the Accra Human Rights Court which ordered the admission of the affected student based on his express right to education and freedom of association. 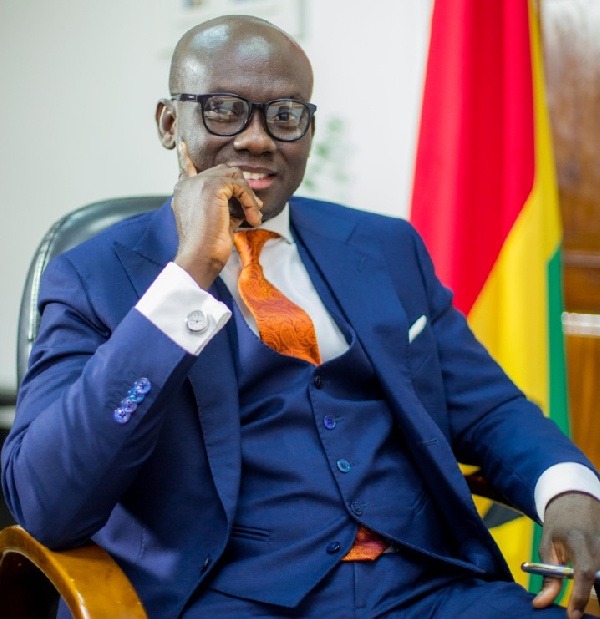 The move to revive the case have come as surprise to many and Kwame A Plus who is not enthused either believes it is a misplaced priority considering that more serious matters with vested state interest have either been discontinued or not pursued at all by the Attorney General in court.

"You can't find and prosecute people who stole excavators in broad daylight, you can't find and prosecute government officials who were engaged in galamsey. You filed a motion to discontinue the Suhum funeral violence where the MP's driver was seen in a video attacking a man with a machete. What is important to you as attorney general is how a judge erred in ruling on a school boy's hair," the Musician wrote on Social Media. 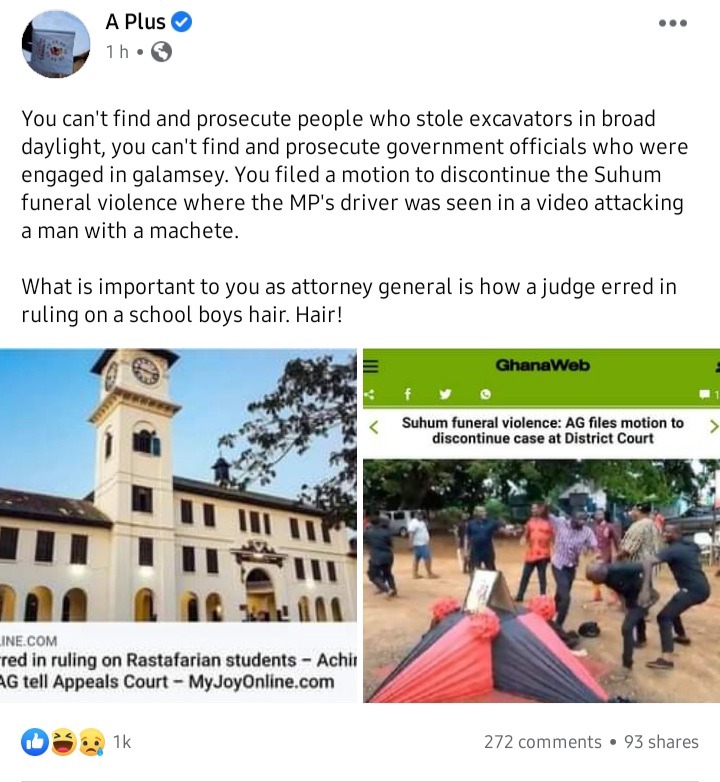 In March this year, two rastafarian students including Tyrone Marghuy were denied admission into the Achimota School despite being placed there by the CSSPS. Authorities asked the students to cut their dreadlocks or risk losing their place but the students refused citing religious reasons.The issue, the controversy and the widespread debate it generated led to the School and the state being sued. The Accra Human Rights Court presided over by the Gifty Agyei Addo eventually ruled ordering the School to admit the student, saying the decision not to admit Tyrone Marghuy amounted to violation of his fundamental human rights.