The Flesh Of Abesim Murder Victims Was Transported In Refrigerators; New Facts Unfold In Court 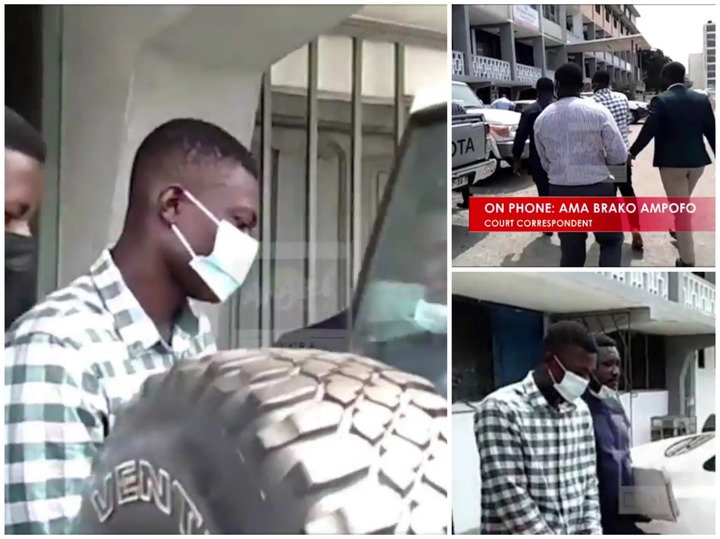 The state prosecutors according to Angel FM’s reporter, Ama Brako Ampofo told the court that the suspect loads the butchered body parts in the old refrigerator for the delivery guys to send to the buyer and other unidentified persons in the ritual murder syndicate. It was put before the court a confession by Richard Appiah that the body parts that were retrieved from his refrigerator when he was caught were almost decaying due to some power outages in the community.

“They pretend to be fixing the old refrigerator by exchanging it with a new one. They will come later and deliver the old one again and pick the new one. That was the means through which they got to deliver the human parts to their buyers,” she noted.

Some other interesting facts have unfolded about the transactions that were undertaken by Richard Appiah and suspected buyers. In his house, the police investigation uncovered a receipt worth ten thousand Ghana Cedis (GHc10,000.00) issued to one Mariam.

It isn’t clear as to what that receipt was meant for but Richard’s admission that he was selling the human parts could lead to the arrest of the recipient.

After today’s trial, the court ordered that Richard Appiah is remanded, until the court reconvenes on 19 September this year. The facts as delivered by the state prosecutor got witnesses scared out of the gruesome murder of those kids in Abesim.

What many expect in the next hearing is that the court establishes whether Richard Appiah has other unnamed victims to his crimes. This case has become a matter of national interest, and many wish justice is delivered in time for the family of the deceased.

The family, in the meantime, is being offered some psychosocial therapy to help them through the grieving process. They however insist the police release the remains of their relatives to be buried, so their souls could be put to rest.

Please do not kill us - Arrested Kidnappers in Takoradi beg for mercy.

Takoradi at it again: Another kidnapping case recorded - See Details.

Ghanaians Celebrate Dampare, and Police Service Again: This is The Ghana Police We Want