The operations of the Customs Division of the Ghana Revenue Authority are the subject of a wider investigation, according to Kissi Agyebeng, the Special Prosecutor (GRA).

Agyebeng stated in a news release dated August 15 that the necessity for a larger investigation was based on the conclusions of his office in relation to a complaint against Labianca Company Limited and the Customs Division of the GRA in a report on August 3.

The head of customs, Colonel (Rtd.) Kwadwo Damoah, among others, responded harshly to that report and accused the Special Prosecutor, a "small boy," of trying to tarnish his well-earned reputation. 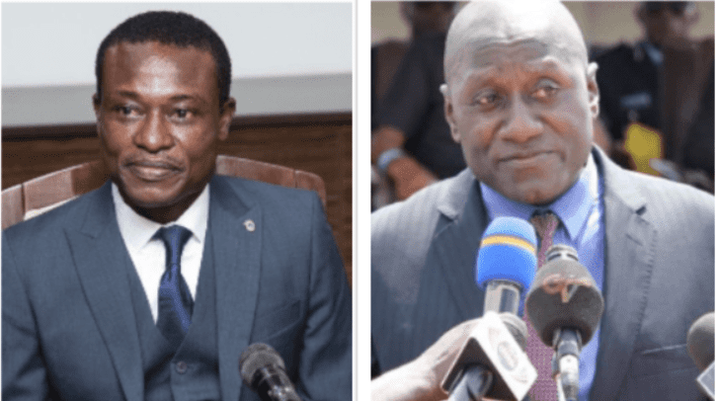 In his most recent statement, the SP said that he had sent Damoah a formal letter in which he demanded copies of all exemptions and advance rulings for customs issued between July 2017 and December 2021.

A wider inquiry into the issue of customs advance rulings and markdowns of benchmark values between July 2017 and December 2021 has been launched by the Office of the Special Prosecutor on the basis of the report. 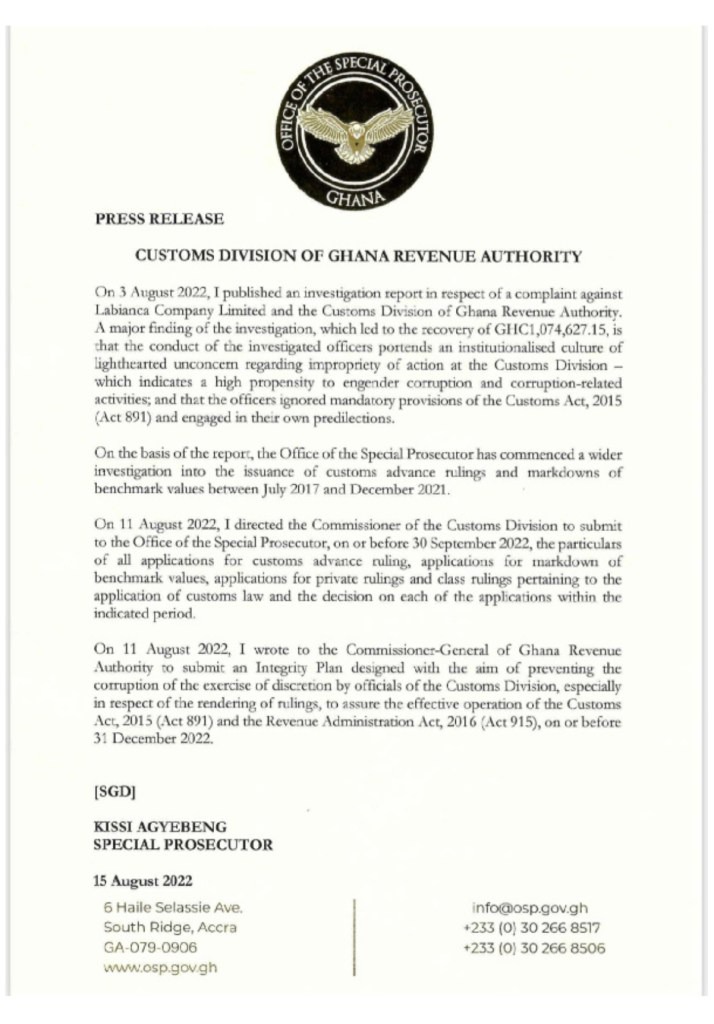 The announcement also stated that the head of the GRA has been requested to present an integrity plan that would close all loopholes similar to the one discovered by the OSP during their initial investigation, which gave rise to the report on August 3.