By AduanaBa (self meida writer) | 15 days 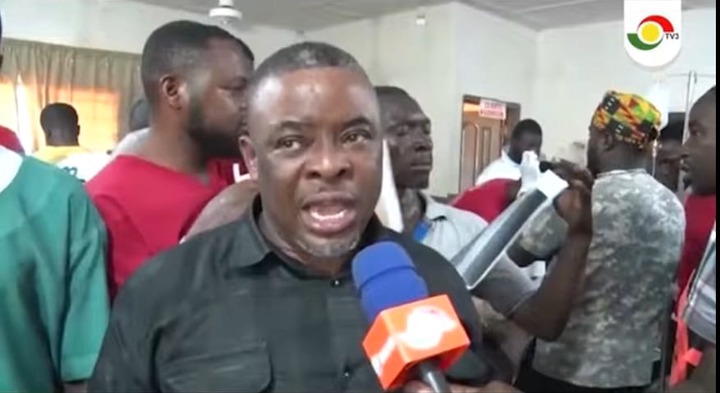 A Medical Doctor stationed at the Ejura Government Hospital, Dr. Manye Mensah has disclosed that, he ordered the bodies of the deceased men who were involved in the Ejura shooting to be given to the demonstrators just to bring calm at the facility.

He said as a Medical Officer, he had wanted the necessary investigations to be conducted through autopsy to unravel what was the actual cause that resulted in the death of the protestor. But, the way and manner in which the charged youth invaded the hospital's premises, he was overwhelmed and had no othrt choice than to allow them to take away their dead comrades.

According to him, the charged youth visited his workstation in huge numbers, threatening to destroy the facility and they making noise, thus, disturbing the peace of the hospital, and chanting war songs to show their anger and readiness to cause commotion on th said day.

The Medical Doctor made this statement known in the early hours of today when he was interrogated by the selected Committee to probe into the unrest in the Ashanti Region that led to the loss of productibe life last week.

He opined that he advised the glowing crowd on the D-day that the bodies should be in the hospital's custody for the Police to also come and conduct the needed investigations on them before they would be released for whatever reason they came with.

But, due to how poised they were for action they resisted his decision and after they refused, he had no other alternative than to let them have what they came for.