A Court in the Oil City, Takoradi has granted Josephine Mensah, the allegedly pregnant lady who was reported missing a GHS 50,000 bail with two sureties to reappear before Court on October 14, 2021. 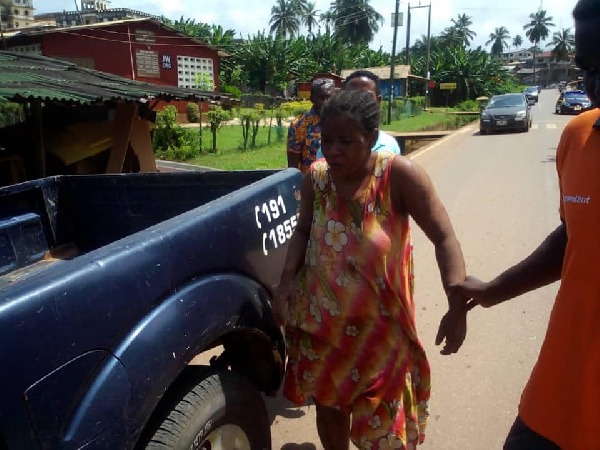 Her charges when she appeared before the Court was deceiving a public officer and false publication of news, as well as causing fear and panic in the environment she leaves. This case, for a few weeks now has been a national security issue that led to some Expert Security Officials deployed to investigate what could be the Cas in the Western Regional capital and its environs that is responsible for the reported missing of women and girls.

The Court, presided over by His Honor, Michael Cudjoe Ampadu gave the judgment this afternoon at the Regional capital of the Western Region, Takoradi Harbour Circuit Court A.

Fiifi Buckman, Lawyer for the accused said is of the view that he will fight for his Client until the justice is served.

He is of the view that he is going to appear before Court with his Client on the 14th of October to listen to what the Court has to say and they are eveready to abide the orders His Honor says but he is optimistic that they will be well heard in due time when the case is opened.

The Lawyer said he is waiting for the charges leveled against his client to be raised in court and then he will then punch holes into it and then make sure his Client gets the justice she deserves. "If it stands the test of time, it is justice we want," Lawyer Buckman added.