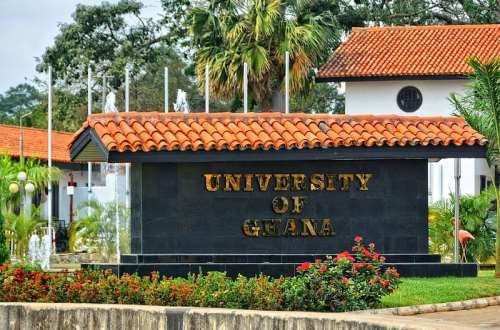 The University of Ghana (UG) branch of the University Teachers Association of Ghana (UTAG) has announced that it is continuing with its strike despite the directive from the National Labour Commission (NLC) for the action to be called off.

UG-UTAG joined UTAG to strike at the beginning of the year over government’s failure to meet demands relating to conditions of service.

After a meeting with the NLC on January 13, 2022, UTAG was informed that its action was illegal and it must immediately be called off.

Not in agreement of the claims by the NLC, UG-UTAG says it will not comply with that directive.

At an Emergency Meeting held on Monday, January 17, 2022, “Unanimously, UG-UTAG Members resolved that, to the extent that their demands for improved Conditions of Service have not been met, they are unable to call off the strike in spite of the NLC directive.”

Members reiterated their rejection of the 6h October 2021 MoA and demanded that they be restored to the 2013 entry point salary level of the cedi equivalent of 2,084 USD per month.

They noted that the preparation of a Labor Market Survey Report alone does not necessarily lead to improvement in their Conditions of Service, recalling the non-implementation of a similar Report in 2014.

They therefore found the claim by the Fair Wages and Salaries Commission (FWSC) that, all issues about UTAG's Conditions of Service have been resolved, simply because a Report has been produced, as diversionary, propagandistic and in a very bad faith.

Members resolved that they will not call off the strike until their demands have been met.

Below is the UG-UTAG statement issued after Monday’s meeting: 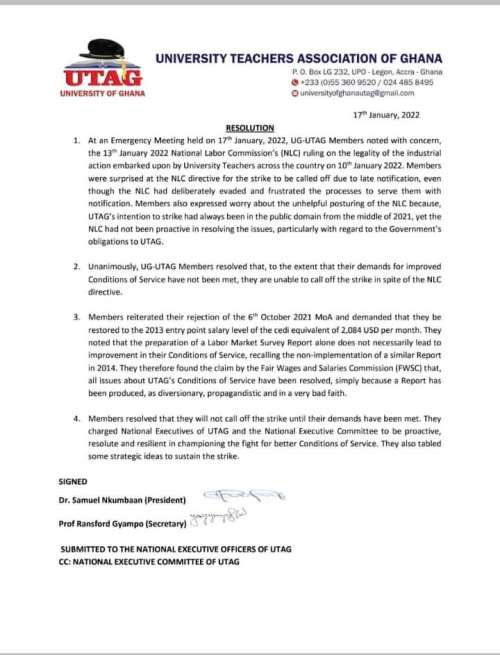