Article 94(2)(a) Is Not A Dual-Citizenship Office-Holding Exclusionary Clause: Kwaku Azar Teaches AG

By BATACH (self media writer) | 9 months ago 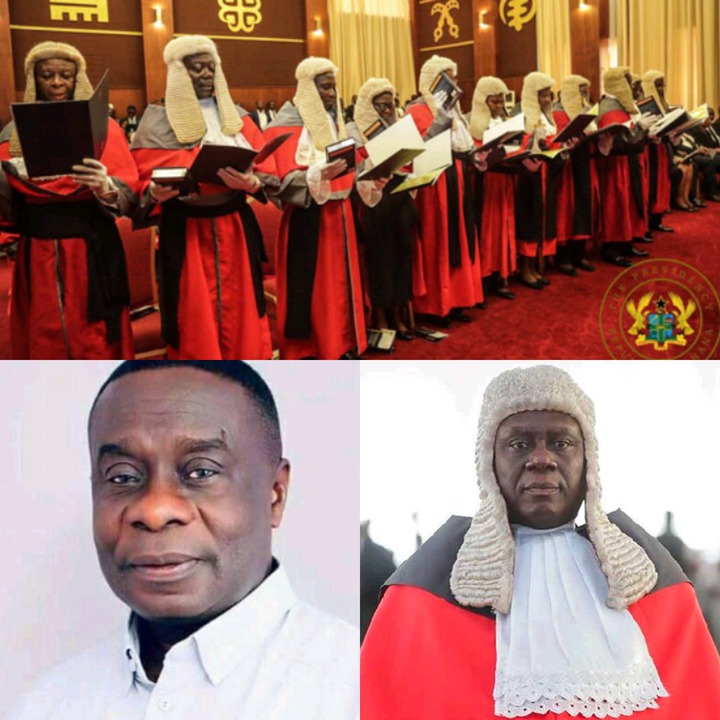 The Constitution [1992] did not permit Ghanaians to hold dual citizenship. Therefore, article 94(2)(a) is not a dual-citizenship office-holding exclusionary clause.

The distinction between allegiance and citizenship, which is challenging for many people to understand, let alone to appreciate, was well illustrated in Bilson v Rawlings where Rawlings affirmed that he was born a British in 1949 and also became a Ghanaian in May 1957, an affirmation that was of no consequence to his qualification to run for office because Justice Esslifie-Bondzie properly focused on his allegiance not citizenships.

So a proper resolution in this Assin North case has nothing to do with when or if Canadian bureaucrats acted on the MP’s application to renounce his citizenship but rather what the MP did, and when, with respect to his allegiance to Ghana.

After all countries may choose to make it difficult for citizens to renounce their citizenships. US for instance has bumped the renunciation fee from a mere $100 to $2,350 in recent times and has made it difficult for people seeking to renounce to get access to their consular offices. There is actually a pending lawsuit against the US State Department by the Association of Accidental US on this very issue. Then there is the issue of the exit tax that they impose on such renouncers.

Can US compel allegiance, whatever it means, and thereby disqualify natural born Ghanaian who seek to serve their birthright country by this strategy?

In this global village, where countries compete on the basis of their human talents, which rational or serious birthright country will allow other countries to force their natural born citizens to owe allegiance to them?

Which serious country will deny her people of the talents of its natural-born citizens because of the citizenship law of another country?

The British developed the allegiance doctrine to ensure they have control of their natural-born subjects at all times and we seem to have imported it to help other countries to control our natural-born citizens. Pay attention!

Once that subtlety is understood and once allegiance is properly framed as formulated in the Calvin case and further illuminated by Blackstone, the answer to the Assin North question is remarkably simple.

The MP is qualified to be an MP. Further, all these dual citizenship-related articles 94(2)(a) disqualifications are based on a misunderstanding of allegiance and its inapposite equation to citizenship.

Merely because it is easy to identify dual citizens, especially those who hold foreign passports, does not mean we should equate it to allegiance to a country other than Ghana.

People acquire and countries confer citizenship for many reasons, unrelated to allegiance. Turkey promotes its housing sector by conferring citizenship on anyone who buys a property that is worth $250k. We confer Ghanaian citizenship like confetti on Diaspora, who we actively woo. A donation of $100K will get you Dominican citizenship. Frequent Ghanaian travelers acquire citizenship from other countries to facilitate their travels, etc.

Frankly, people who equate citizenship to allegiance are stuck in the 18th century!!!

In any event, the statute (PNDCL 284) does not permit the cancellation of the MP's election and the repudiation of the voters’ wishes because allegiance is to be measured on the day of his election, regardless of what it was before the election.

To sum up, whether it is a common law or it is statutory law, there is no lawful basis to invalidate the Assin North election or to injunct the duly elected MP from discharging his constitutional functions.

As for his criminal prosecution, it is nothing but petty vindictiveness and an impermissible abuse of the prosecutorial process.