By the_Kelvin_guy (self meida writer) | 1 months

Fix the country has been a major topic which has gained grounds in the country quite recently. Many Ghanaians think they have slept on the authorities for too long and it is high time they start acting so as to see the authorities put in place measures which they promised to get done some time ago.

This is what ignited the "Fix the country" campaign. It started very small but like a wildfire, it spread to all parts of the country in just a few weeks. The youth has "moved" to the authorities in the country in these recent times and they claim never are they backing down till they see massive improvements in the country.

At a certain point, this campaign had to be halted due to certain court issues. Well, it ignited after the Supreme Court of Ghana abolished the injunction on them to hit the streets. Right after that, the youth has been giving glimpses of making their voices heard on the streets.

This evening has got the "Fix the country" chants once again reignited on the social media after a horrible video of a man who was only performing a national duty circulated just a few moments ago.

The brain behind the "Fix The Country" campaign posted this video and it has got netizens talking about it. It is about a young man who had been placed in a very uncomfortable situation on his way to perform a national duty. I will leave the link to the video at the end of this article. 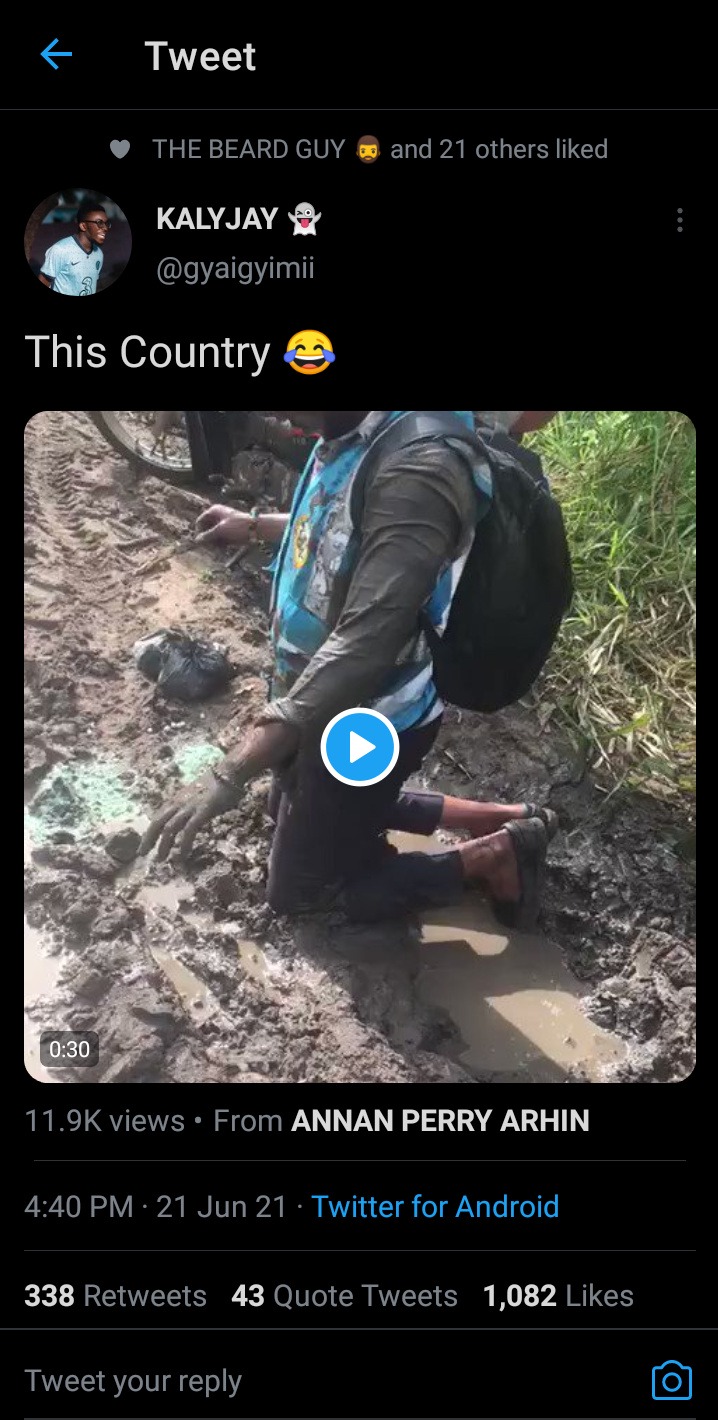 The country is undergoing a population census at the moment and hence many people have been employed to carry out this task. In the video which has surfaced online, it seems a certain gentleman who had been appointed to go carry out the counting in a remote area had been stuck in the middle of the road.

I'm sure the rains poured before this guy finally arrived at that venue. In the video you could see that he had been stuck on the muddy road and that he had even fallen off his motor vehicle. Getting out of the mud was even a problem because it was very slippery.

Right after this picture hit the internet, some people have started the "fix the country" chants once again. They are pissed off by the fact that this guy was employed by the national authorities to perform a national duty but has fallen a victim to the neglect on the part of some people in the authorities.

Some are even giving throwbacks to when a similar issue happened to a nurse on her way to deliver some stuff to a community. Here is the link to the video.