Another Group Oppose Appointment Of Agyabeng As Special Prosecutor

By Tawheednews (self meida writer) | 15 days 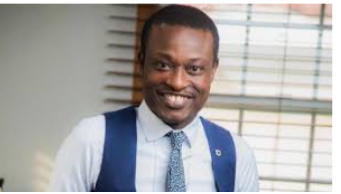 An anti-graft group, the Citizens Movement Against Corruption has kicked against the appointment of lawyer Kissi Agyebeng as the next Special Prosecuter.

According to the Co-chair of the Movement, Edem Senanu, Mr. Kissi Agyebeng is too close to the President and other Government officials.

The first to opposed the appointment of Kissi Agyebeng is former Special Prosecuter, Martin Amidu who described him as a surrogate.

Mr. Martin Amidu further alledged that, Mr. Agyebeng is part of the people who were involved in the controversial Agyapa deal and for that matter, he is not fit for the position.

For the Citizens Movement Against Corruption, three or more people should be nominated for the position for the President to appoint one of them.

Since the news broke about the appointment of Kissi Agyebeng, they has been mixed reactions to it.