Twene Jonas, #FixTheCountry Activists Thrown A Big Challenge With Happenings IN The USA Twene Jonas, and other activists in Ghana and the diaspora for the #FixTheCountry campaign have been dared to speak truth about the state of development in cities from which they had compared to that of their home country. Across social media platforms, pictures of a news report by Fox News about some rainstorm that had flooded North Michigan, United States of America.

Perceived to be a rival group to their campaign, the agenda had been to argue that disaster do occur irrespective of how advanced a nation is. Quiet recently the Kumasi floods became a topical issue in Ghana, and a yardstick for Twene Jonas to lambast authorities.

Same was the response from other activists, including Efia Odo and the media. Interestingly, the story as reported from Michigan has it that an entire road and tunnel was submerged after 2 hours of rainfall. Cars were totally 'drowned' in the storm and a few other being salvaged by their drivers. 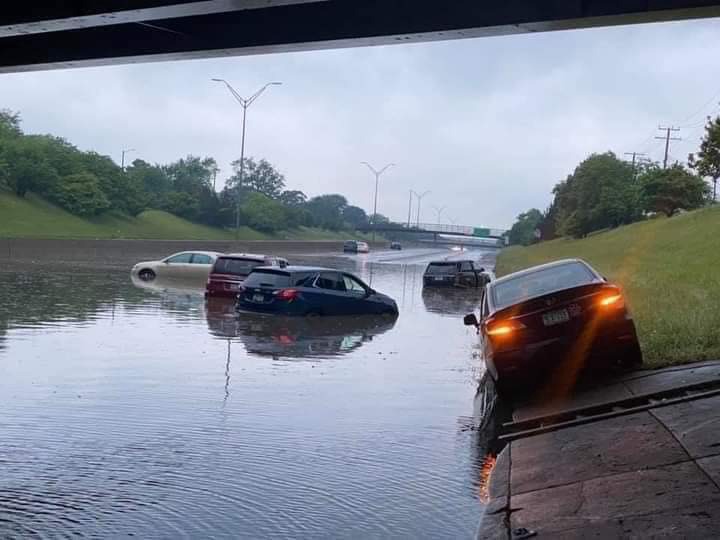 A common text [origin unknown yet] kept sweeping along images from the scene. It read; "This isn’t Ghana ...this is North of Michigan (USA) Ave after 2 hours of downpour ..... Twene Jonas TV, Fix the country Activists, Ghana media, the Neutralist .... I hope you will show us this side of the world as well ...🧐🧐🧐"

But will Twene Jonas and his cohorts reply these messages? Well lets find out in his next episode of attacks or rants on social media