By DachagaBatieyRoger (self media writer) | 2 months ago

The Kumasi Circuit Court convicted a 45-year-old woman, Theresa Asamoah, to six years in jail with hard labour for her role in a baby-snatching incident at the Kumasi South Hospital.

Her daughter, 21-year-old Priscilla Appiah, who has pleaded not guilty, has been given GHS100,000 bail with three sureties to be justified.

According to the police, Theresa Asamoah and Priscilla Appiah deceived a nursing mother who had recently delivered in the hospital and stole her baby on June 10, 2019.

According to the police, the lady who had just given birth relocated from Nandom and was a head porter residing with Theresa Asamoah and her daughter, who had pretended to be pregnant to her husband at the time.

During the court hearing on Thursday, the prosecution, Inspector Oparebea, claimed that Priscilla Appiah took the baby home and informed her husband that she had given birth, while the head porter, Sylvia Pime, was told that her baby died shortly after birth and was fired from the house.

The prosecutor went on to say that Sylvia Pime returned to her village of Nandom after hearing the news, only to return to Kumasi two years later to discover that her baby was still alive.

She then went to the police station. 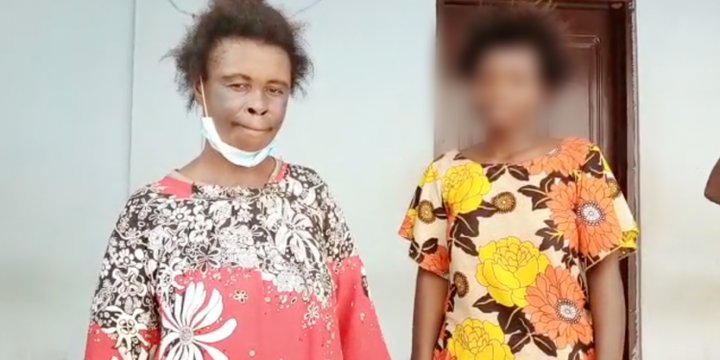 Content created and supplied by: DachagaBatieyRoger (via Opera News )