Demonstration and how it should be conducted in Ghana #FIXTHECOUNTRYNOW.

By sandysampson (self meida writer) | 22 days 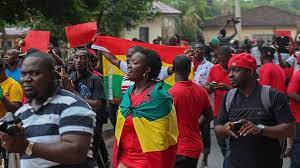 Demonstration is an occasion when a group of people march or stand together to show their cause for concern. It often consist of walking in a mass march which begins at a designated point to hear their speakers.

Some demonstration focuses on the high cost of living, dispossession and inadequate infrastructure (Proletarian). There is also a demonstration which attends to participatory governance and corruption (Republican) and some focus on working conditions and unemployment (Corporatist).

Why the Citizens Should Demonstrate 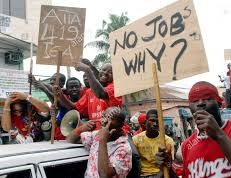 Personally, demonstration is just a medium utilized by citizens to cohesively support or display their disappointment/unrest over certain conditions in a country of which Ghana is no exception.

Recent demonstrations in Ghana have been Proletarian and Corporatist where the citizens have aired their views on inadequate infrastructure which hinders the creation of employment opportunities (Youth Unemployment) and the poor working conditions of the existing ones coupled with bad nature of roads, increment in fuel prices which results in increased transport fares makes it very cumbersome for survival in Ghana for the medium and low class people.

Also concerning the Republican, there’s a protest to demand equity and justice for all people "killed and abused by state-supported thuggery as well as adventurism by police and military powers" which creates insecurity among the populace.

These security and economic challenges such as high fuel prices, high transport fares, high taxation, bad roads which result in high cost of living amongst others, are the driving forces behind the recent protests in the country. #FixTheCountry

Where We Are Getting It Wrong

There hasn’t been any appreciation for demonstrations in Ghana; either the incumbent governments turning deaf ears to the desperate calls of the citizens on living conditions and security issues or perceiving it as an organized march staged by the past government to gain political influence heading into subsequent elections. Due to the latter, the citizens also complain of too much politicization of important needs that requires the attention of our leaders and pointed out that they use it (politicization) as a way of shrugging these necessities off. 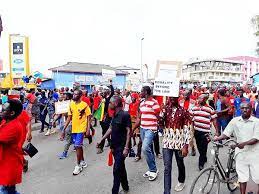 How it should Be Conducted

“Ghanaians, by the constitution have every right to protest peacefully having passed through the necessary legal steps to get the demonstration underway and shouldn’t be opposed”. But Ghana on several occasions had authorities trying to stop these demonstrations before they even kick start which according to many is not ideal.

The constitution also permits the passing of laws to regulate the exercise of these rights and freedom in order to prevent violence and chaos which many believe needs to be done so that demonstrations in the country may be conducted peacefully.

Every incumbent government should go a long way to do something about the living conditions in the country and all Protestants should also demonstrate within the frame of the constitution without vandalizing public properties. The security personnel should take their time when they get to these areas to prevent any further escalation and to resolve to other ways of getting these situations under control without necessarily firing warning shots.

Ghana as a nation needs to tackle the high cost of living at its source which includes education, health, food, fuel and infrastructure, old infrastructure should also be redeveloped. Youth unemployment is at its highest ebb in the country and it is time the government opens up the public sector to receive more investment in order to create jobs.

There are also unresolved murderers, maltreatment of citizens and the abuse of power by the police and the military which is creating insecurity in the country.

In the meantime, citizens are calling on the government to take action against the current happenings in the country, under this current administration in an online protest which is dubbed #FixTheCountry. 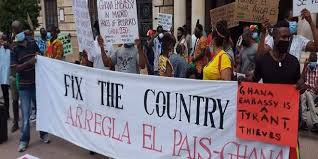 The #FixTheCountry campaign has been trending on our social media pages for months now to demand accountability from the government. The campaign has faced mixed reactions as a section of the public have maintained that citizens rather had to fix themselves in order for the country to progress.

Ghanaian female musician, Sista Afia has also added her voice to the debate, saying that she is torn between advocating for #FixTheCountry and #FixYourself campaigns and that she is seeking clarity before she can publicly support it or not.

Efia Odo has also reiterated that the #FixTheCountry campaign isn’t politically motivated and that our leaders should focus on the positive side of the campaign. She also believes the politicians always feel attacked by the calls for Ghana’s development. She again expresses her displeasure about politicizing of important issues which ought to be discussed. A host of other notable personalities who have added their voice to the ongoing campaign are John Dumelo and Sarkodie amongst others. 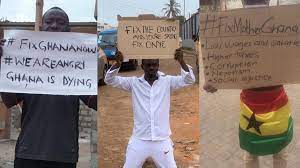