"I have never met the Chief Justice before"- petitioner. 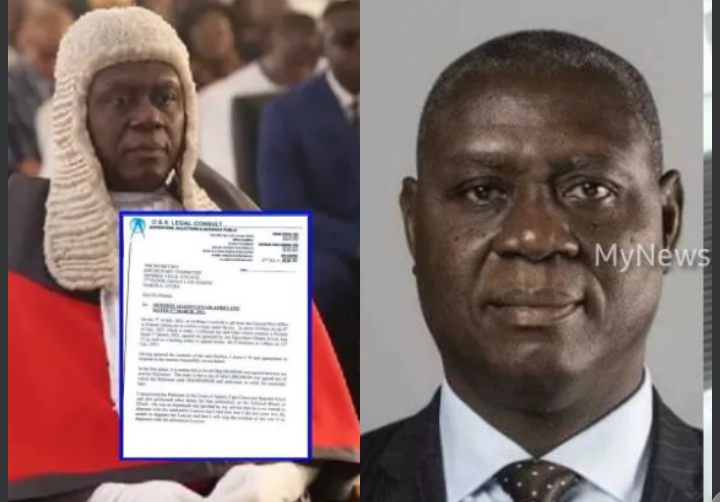 Chief Justice, Anin Yeboah has been in the headlines of the news lately for his allegedly involvement in $5M bribery scandal on a case at the Supreme court of Ghana. 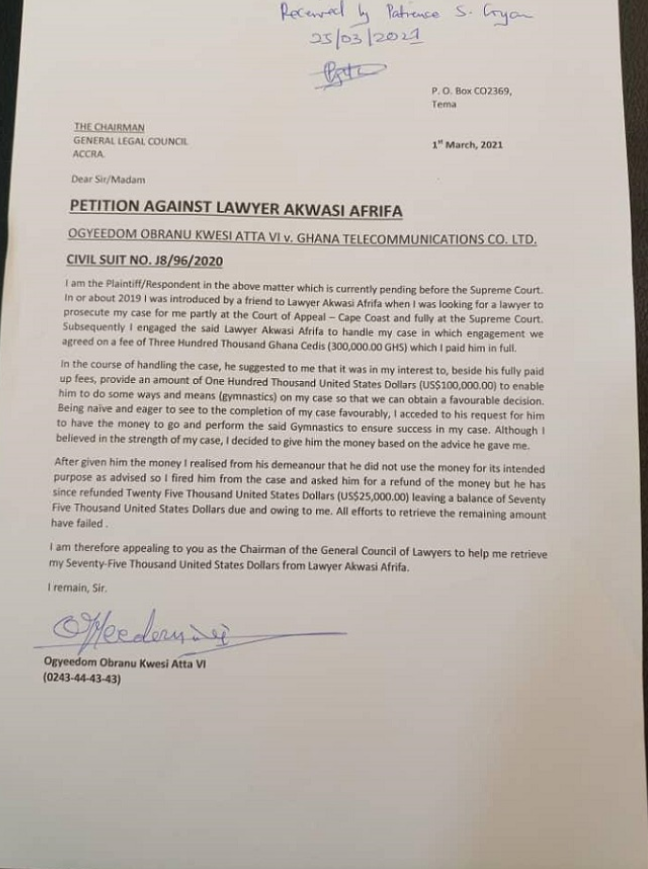 Lawyer Akwesi Afrifa responding to the petition, made mention of the chief Justice Anin Yeboah involvement in the bribery.

According to Akwesi Afrifa, a top political personnel took the Chief reporter to the Chief Justice, Anin Yeboah, where an amount of $500,000 was deposited out the agreed amount which is $5,000,000.

In the letter dated 11th July, 2021, Ogyeedom Obranu Kwasi Atta VI has stated clearly that he has not given any bribe to the Chief Justice and he has never met him before. 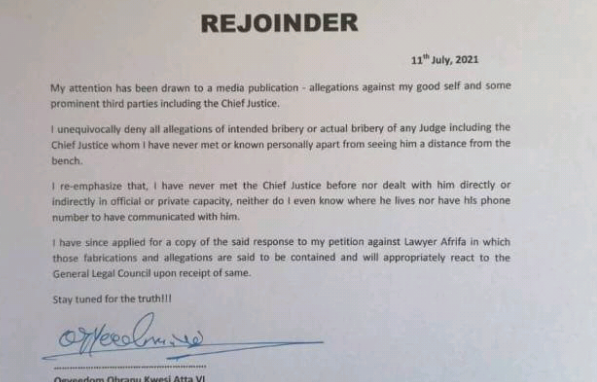 "I re-emphasize that, I have never met the Chief Justice before nor dealt with him directly or indirectly in official or private capacity, neither do I even know where he lives nor have his phone number to have communicated with him." Ogyeedom Obranu Kwasi Atta VI stated.

According to the petitioner of Akwasi Afrifa, he has never met the Chief Justice, Anin Yeboah before.