By barbaraagyeman006 (self media writer) | 6 months ago

Martin Kpebu, a private attorney, claims that the court decision preventing the Office of the Special Prosecutor (OSP) from freezing the assets of the late Kwadwo Owusu Afriyie (Sir John), the Chief Executive Officer of the Forestry Commission, was unexpected because many people believed the properties would be placed under embargo.

However, Mr. Kpebu asserted that it is encouraging because the Special Prosecutor has declared he will to challenge the jury's ruling. When asked if the decision surprised him, Mr. Kpebu said, "Definitely, it is surprising because, I think a lot of us took it for granted that the application was just going to be granted, that is, the assets will be frozen for the longer period of the investigation and possibly prosecution."

On Tuesday, July 12, on the News @10 on TV3, with Martin Asiedu-Darteh. It is therefore extremely shocking that this decision has been reversed. However, things like these do happen in court proceedings, so all is not yet lost. Let us wait and see how things turn out now that the Special Prosecutor has said he will appeal. On Tuesday, July 12, the High Court in Accra denied the OSP's application. 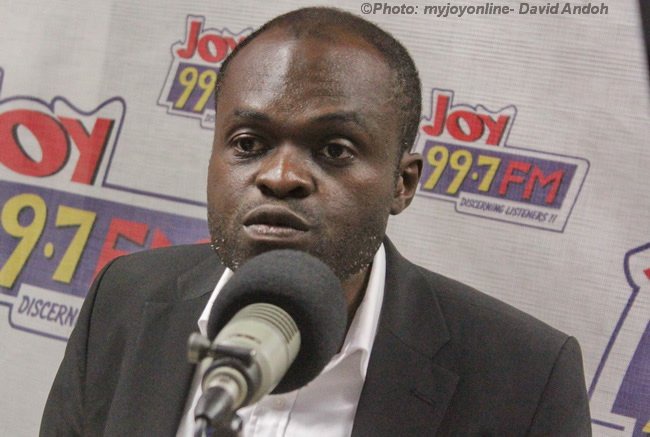 The High Court's decision disappointed the Special Prosecutor Kissi Agyebeng. The OSP claimed that if this verdict is upheld, Ghana will lose the war against corruption. The OSP stated that the investigations into Sir John's estate will continue notwithstanding the court's decision.

"The Republic will lose the fight against corruption in unthinkable ways if this decision is left in place. The investigations into Kwadwo Owusu Afriyie's estate, also known as Sir John, will still go forward, the OSP stated in a statement in response to the decision. A portion of the Ghanaian media reported on a purported will of Sir John. The Ministry of Lands and Natural Resources announced on Monday, May 23, that it had taken a serious exception and was looking into the situation. 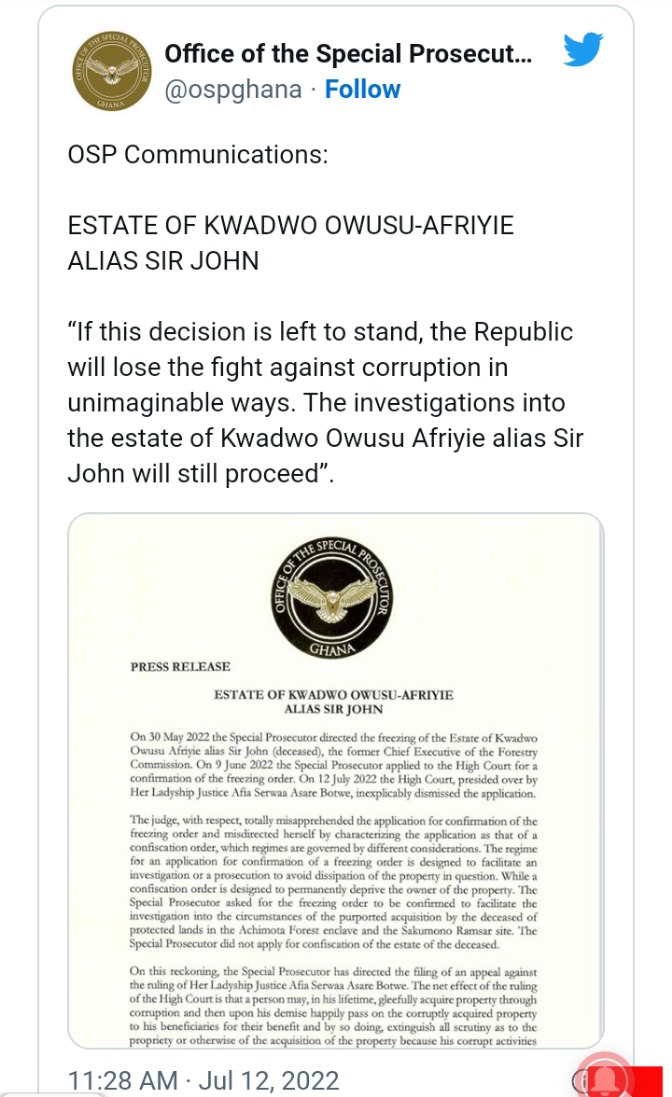 The paper specifies a few specific Owusu Afriyie family members who will receive a section of the Achimota Forest, which has recently gained attention due to an Executive Instrument signed by President Nana Addo Dankwa Akuf-Addo to declassify a portion of it.

Point g. of the will of the late public official, commonly known as Sir John, as posted on social media, read: "I give my portion of land that I jointly own at the Achimota Forest in the name of DML Limited to Elizabeth Asare Boateng who at the time of making this will is domiciled in the USA forever."

Although the Ministry claims to be looking into it. According to a statement released by the Ministry on Sunday, May 22, "The Ministry takes a very serious view of the allegations and has requested for all documents relating to the lands in question, as part of an initial inquiry to ascertain the veracity of the claims."