History of lesbianism. Beautiful photos of a Ghanaian lesbian couple expecting a child. 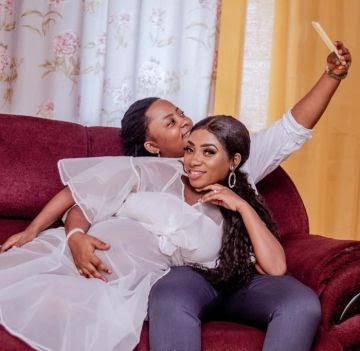 Ghanana's parliament has opened the floodgates for the discussion on gay, lesbianism, bisexual, transgender, quir, intersex etc abreviated as LGBTQI+.

To start with, we ask what is Lesbianism and what is the history behind the practice?

Lesbianism, also called sapphism or female homosexuality is the tendency of a human female to be emotionally and usually sexually attracted to other females. Just as heterosexual orientation produces a great variety of behaviours, so, too, lesbianism presents no unified face.

Following World War II, during a period of social repression when governments actively persecuted homosexuals, women developed networks to socialize with and educate each other. Gaining greater economic and social freedom allowed them to determine how they could form relationships and families.As a result, little in history was documented to give an accurate description of how female homosexuality was expressed.

When early sexologist in the late 19th century began to categorize and describe homosexual behavior, hampered by a lack of knowledge about homosexuality or women's sexuality, they distinguished lesbians as women who did not adhere to female gender roles. They classified them as mentally ill—a designation which has been reversed since the late 20th century in the global scientific community.The concept of "lesbian" to differentiate women with a shared sexual orientation evolved in the 20th century.

Throughout history, women have not had the same freedom as men to pursue homosexual relationships, but neither have they met the same harsh punishment as homosexual men in some societies. Instead, lesbian relationships have often been regarded as harmless, unless a participant attempts to assert privileges traditionally enjoyed by men.

With second wave of feminism and the growth of scholarship in women's history and sexuality in the late 20th century, the definition of lesbian

Today lesbians are at every part of the world joining the LGBTQI community. In many parts of the world, lesbian marriages have been legalised. Some Christian denominations have painfully allowed gay and lesbian marriages in their churches. However the Catholic church is yet to accept the practice in the first religion AD in the world.

Since Ghana is yet to allow same sex marriages, no official lesbian marriage has taken place in Ghanaian soil. However some Ghanaian lesbians have managed to tie the nod in UK, Canada, Australia and US.

A couple of months ago, a young Ghanaian lesbian couple took to social media to share their good news to the world. This couple was expecting a child even though they didn't tell how the pregnancy came about. 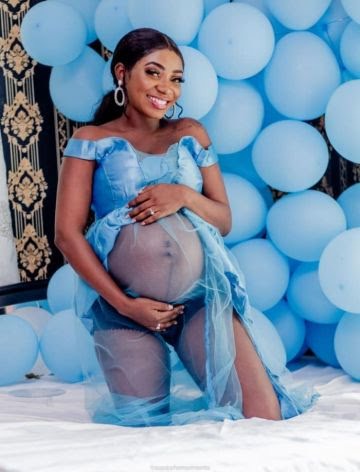 The male partner wrote on twitter intercepted by CitizenOne, "As your age increase today so Our family will soon increase, you can already feel the new family member in ur womb, I only ask God to continue blessing us as he has blessed us so far, so that our children will not lack anything…….The family grows as my love for You , kept within you is the greatest treasure we could have in life……Now, wen I hug you, I feel double love and this is the feeling I neva imagine existed. I thank you fr making the family the happiest family in the universe. I love you so much , our life and our growing family…….May all your life be filled with loving memories! Happy birthday,  sweetie!!". 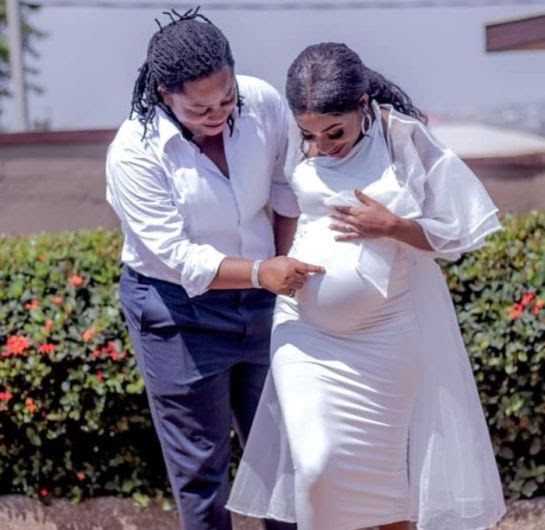 The twit came with beautiful pictures of the couple. CitizenOne hereby publishes these pictures for the perusal of readers 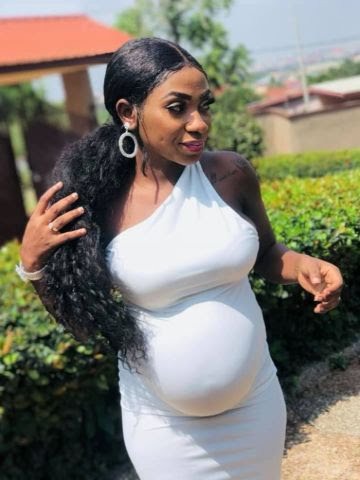