Fuseini Inusah, who was arrested for stealing 33,000.00 from his former employer. The accused pleaded guilty but said he stole only GHC 7,700 when he appeared before the court. After pleaded guilty to the first charge of stealing, he went back to the same employer to steal another GHC 87,000.

Aman who was fined and jailed by the kpessa District Court for stealing GHC 33,000 from his former boss is said to have gone for another GHC 87,000 after his sentencing.

Fuseini, is said to have pleaded guilty,when he was arraigned before court for stealing Ghc 33,000, but told the court that he took only 7,700 Ghana cedis from the total amount.

When the judge presiding over the case asked inusah where the money was, according to court documents sighted by Ghana web told the presiding judge his worship Salifu Ayigiba that, he used the money to purchase a tricycle.

The court thus sentenced the accused to a prison term of one month and a fine of GHC 600.00 on him.

In the ruling of the court, the judge stated that upon pleaded guilty simpliciter to stealing Ghc 7,700, per his explanation, it doesn't absolved the accused from the charges of stealing irrespective of the amount involved.

The charge preferred against the accused and the accused's explanation does not connote any absurdity, instead the two are equivocal and l maintain the plea of guilty for the accused" the judge wrote in his judgment on August, 31st, 2021 .

According to the judge, the accused has availed the tricycle he bought with the stolen money and thus requested that the tricycle be sold or given back to the complainant to defray the stolen amounts.

He however, ruled that, Fuseini the accused in default of his fine and one month, jailed term be committed to two years in imprisonment.

The accused who is reported not to have served the one month, incarceration according to peacefmonline report, is said to stormed his former employer's work place and made away with 87, 000 Ghana cedis. 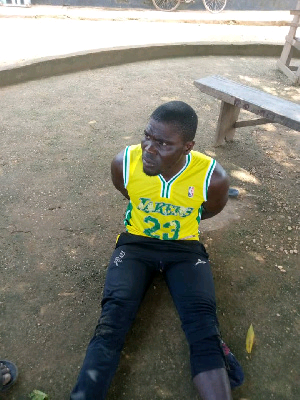 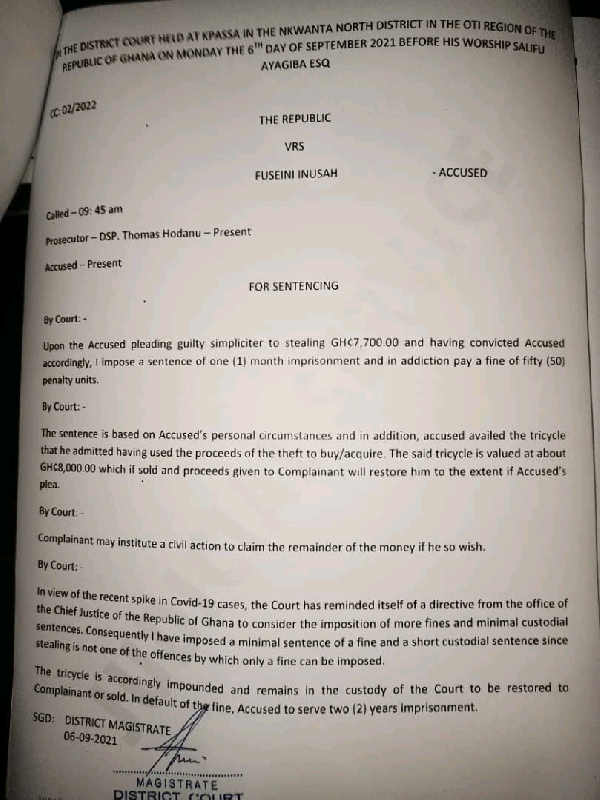 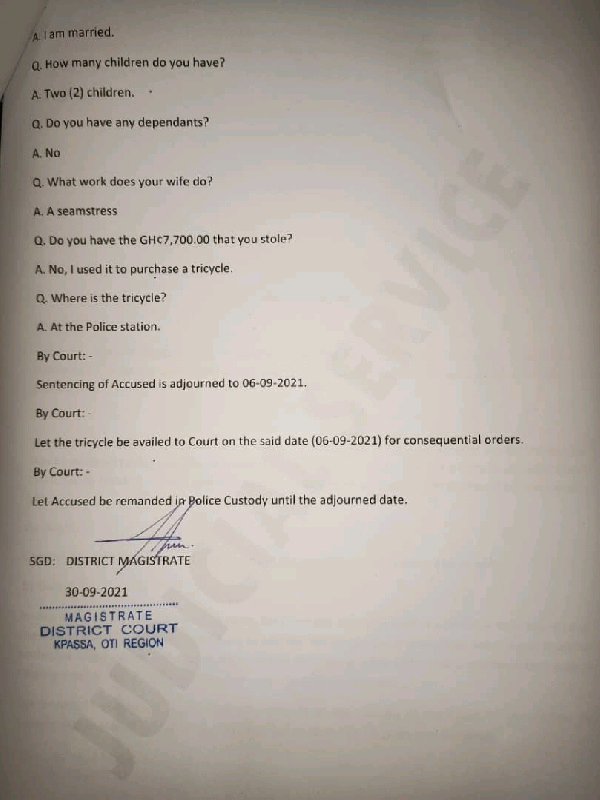