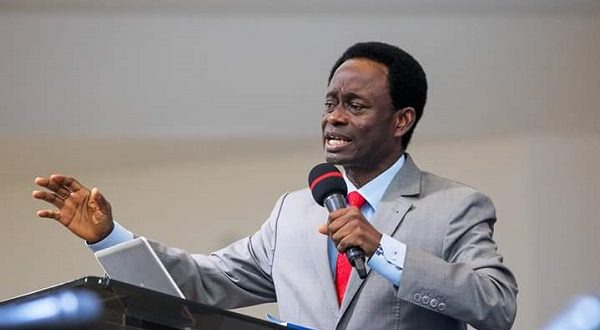 LEGALIZING SAME SEX MARRIAGE IS AGAINST THE WILL OF GOD ; FMR CHAIRMAN BESEECHES

Former Chairman of the Church of Pentecost Apostle Dr. Opoku Onyinah has lashed out at homosexuals and their advocates, describing the act as demonic, abominable and against the will of God and must be abolished

Apostle Dr. Onyinah explained the act of homosexuality is responsible for many diseases the world is grappling with today.

There have been debates about recognition of gay rights in Ghana as the country’s constitution is mild over its illegality. Some churches in the Western world have gone ahead to accept the act allowing homosexuals to even serve as ministers.

But speaking to Dr. Onyinah he stated homosexuality is an abomination and thus must rather be prayed for.

“We’ve decided to put nature aside and saying that let us bless same sex marriage, going back to times of idolatry, doing things that are abomination.

That’s what people are now doing…..if you come to Romans chapter 1, you will realize that these things are bad, they are evil, people tried it in Genesis, they try it [and] they suffer the wrath of God and still people want to push God aside and do what we want to do,” he explained.

He added: “We are allowing, excuse me to say, foolishness to prevail because we think that people are becoming free so why can’t we allow them to become fools? Diseases, to accept diseases instead of praying to heal people of this sickness, illness, we are saying that let’s take it like that but they are sick. They are ill.

He finally urged various religious organizations to pray for them to repent from this unauthorized act rather than giving them the attention to accept it.