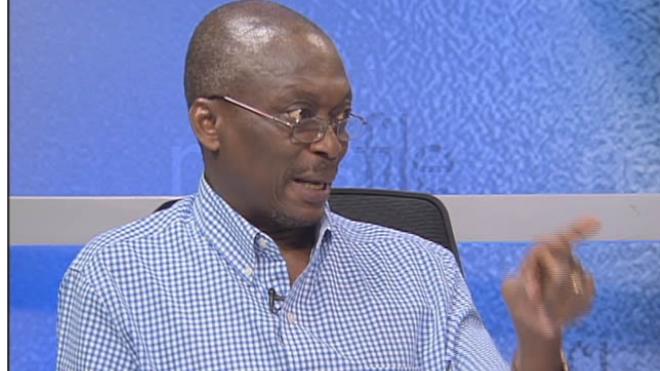 Editor in Chief of the New Crusading Guide Newspaper, Abdul Malik Kweku Baako Jnr has released excerpts of a High Court Judgement in the defamation suit between him and Hon. Kenedy Agyapong.

This comes after the renowned journalist promised to serialized copies of the Court ruling for the public to see.

Mr. Kweku Baako's decision is as a result of comments made by the Assin Central Member of Parliament which suggests that, he will not pay anything to Mr. Baako as stated by the Court in its ruling.

But, having listen to the comments from the Assin Central Legislator, Kweku Baako decided that, he will publicly publish the ruling of the High Court which was delivered on 20th June 2020.

Per the excerpts published by Mr. Baako, the Court in its ruling stated that, Hon. Kennedy Agyapong could not justify his defamatory comments against the plaintiff, except to say that, it was a response to what Mr. Baako said on Peace FM.

The ruling also states that, the argument by the Assin Central lawmaker cannot be supported by evidence available in the Court.

Below are excerpts of the Court ruling as published by Kweku Baako. 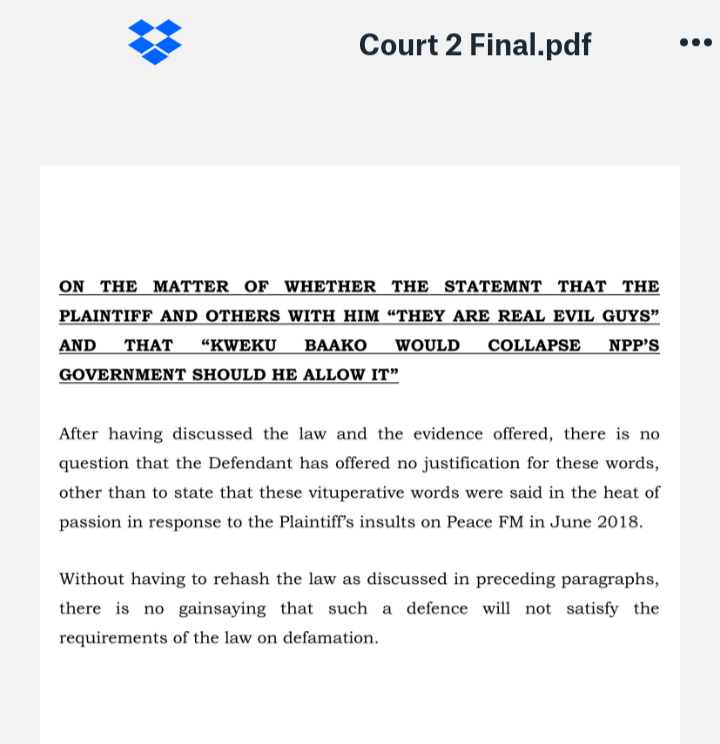 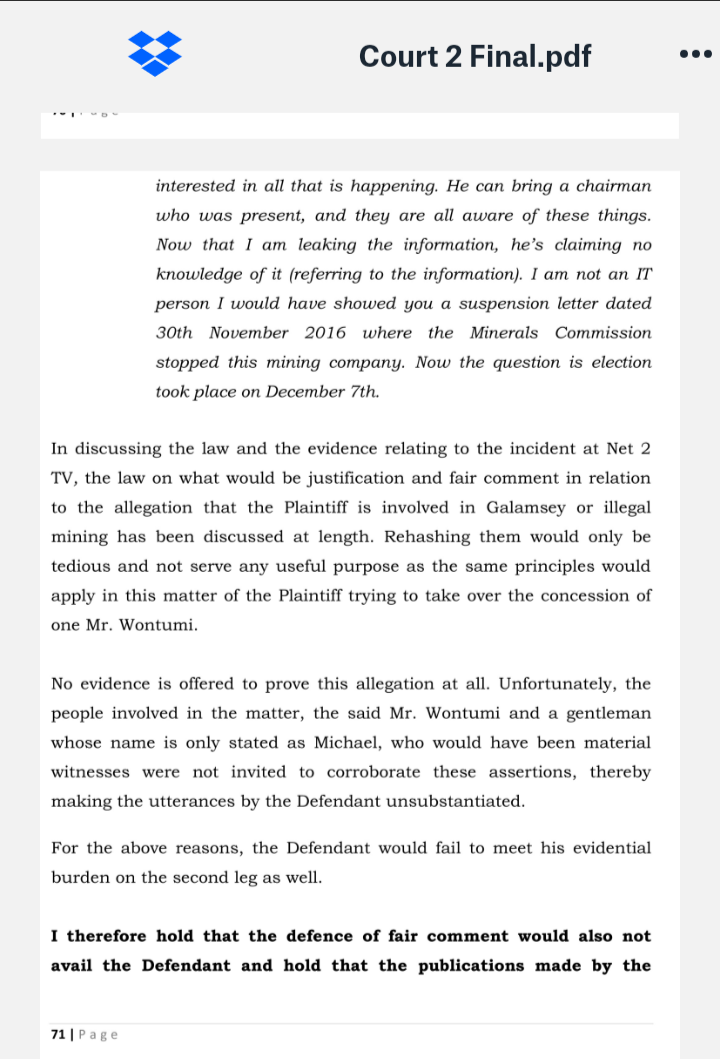 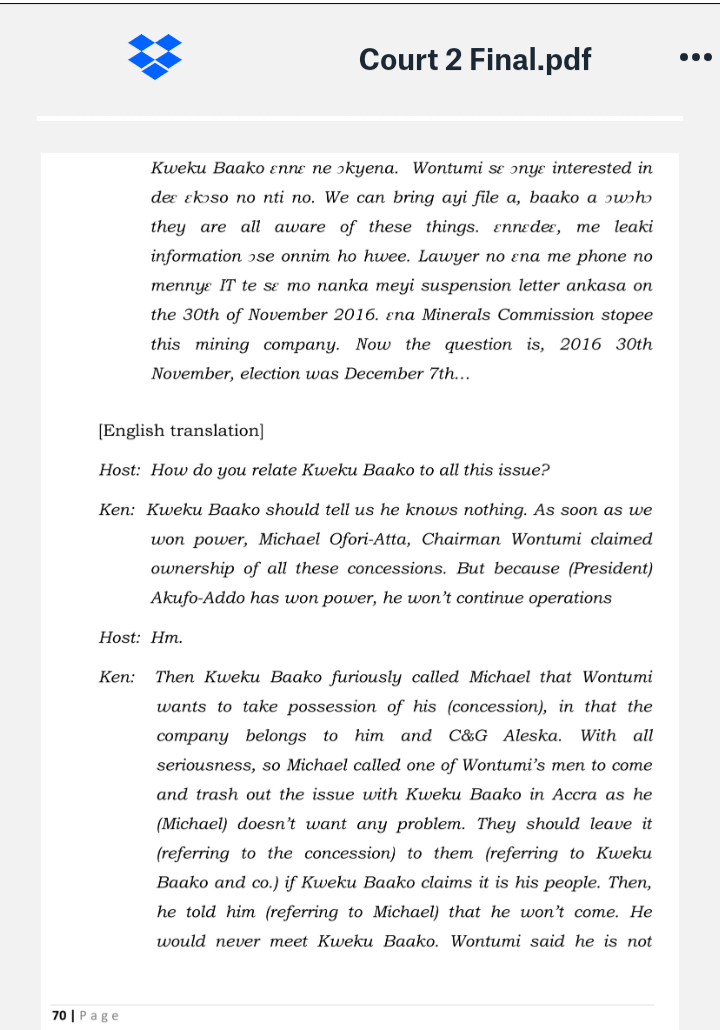 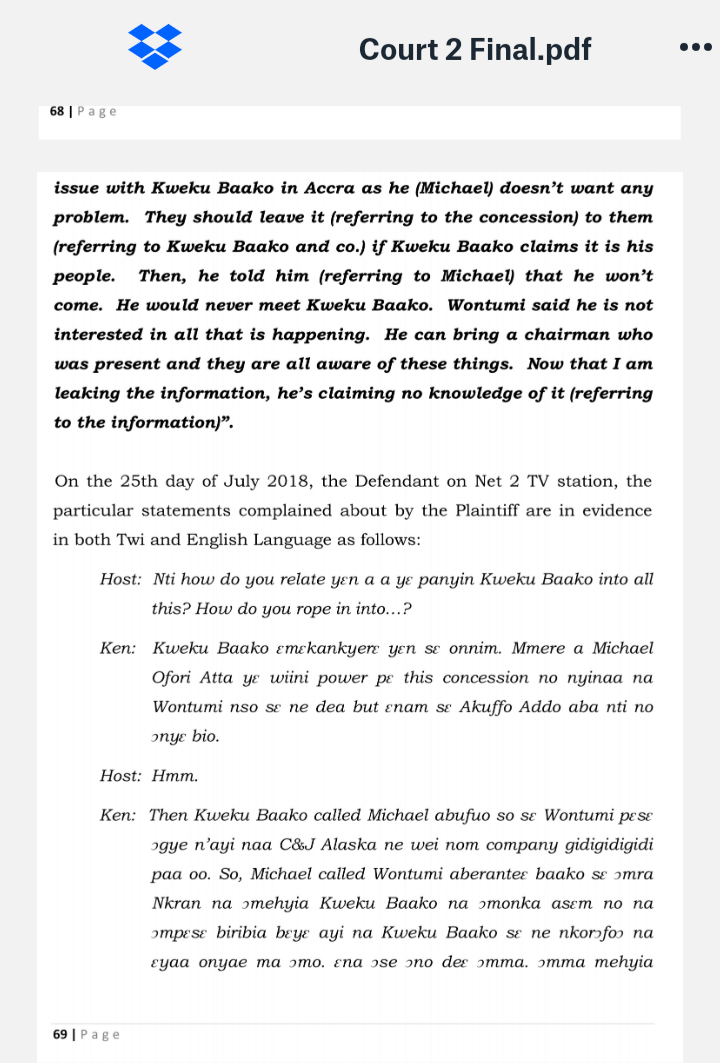 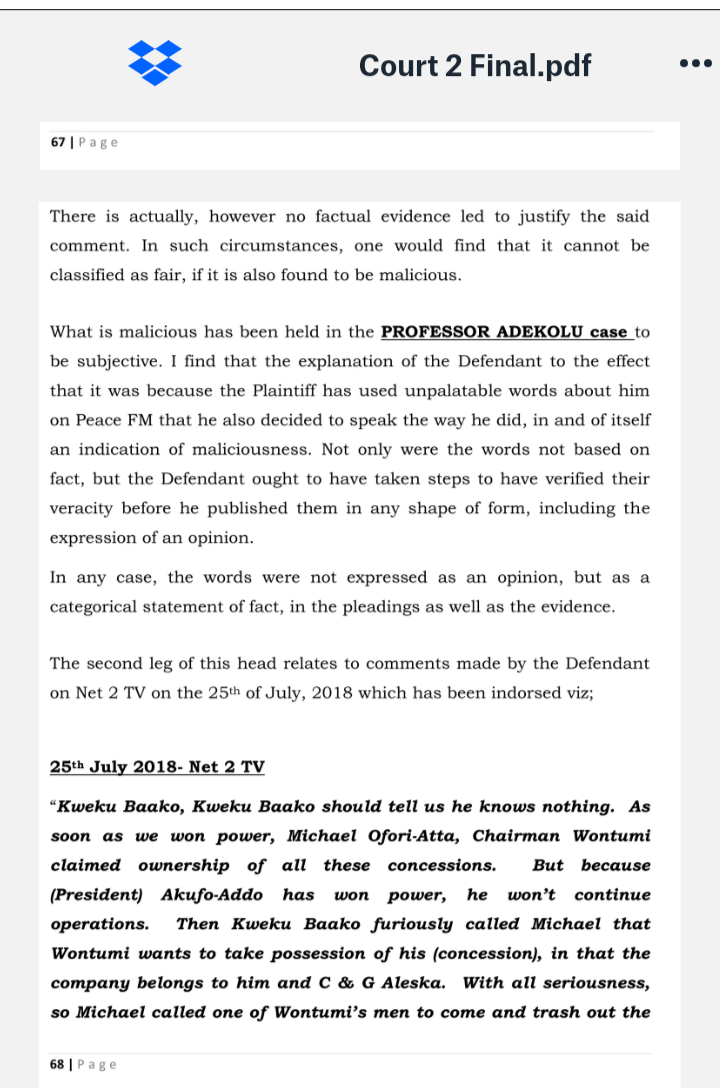 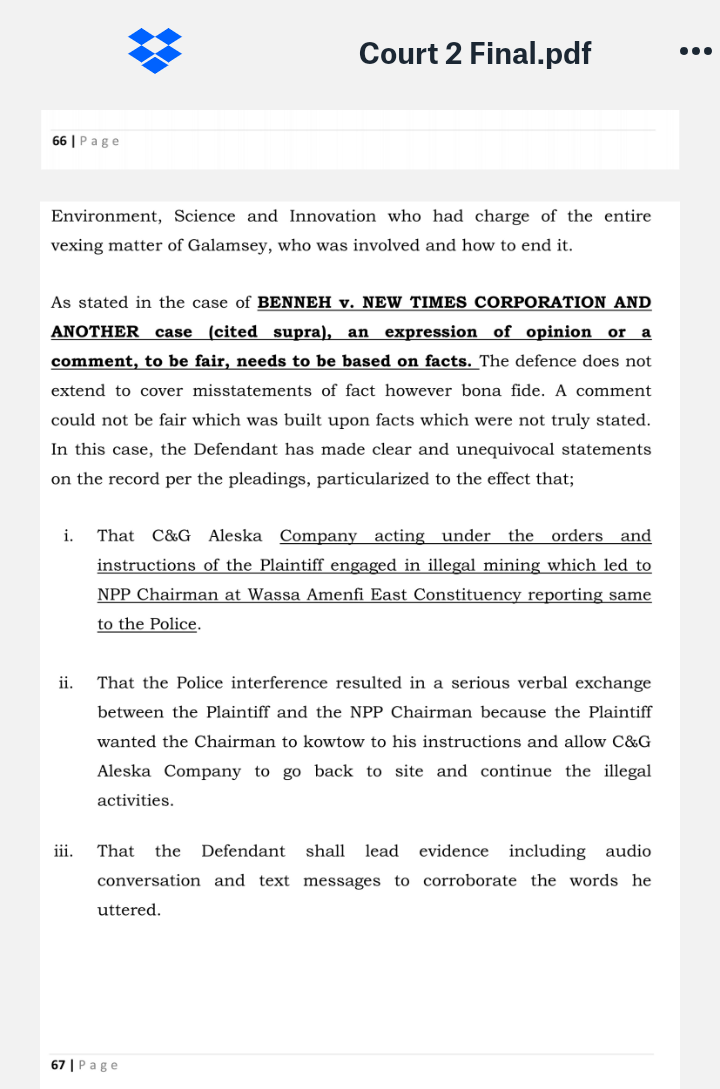 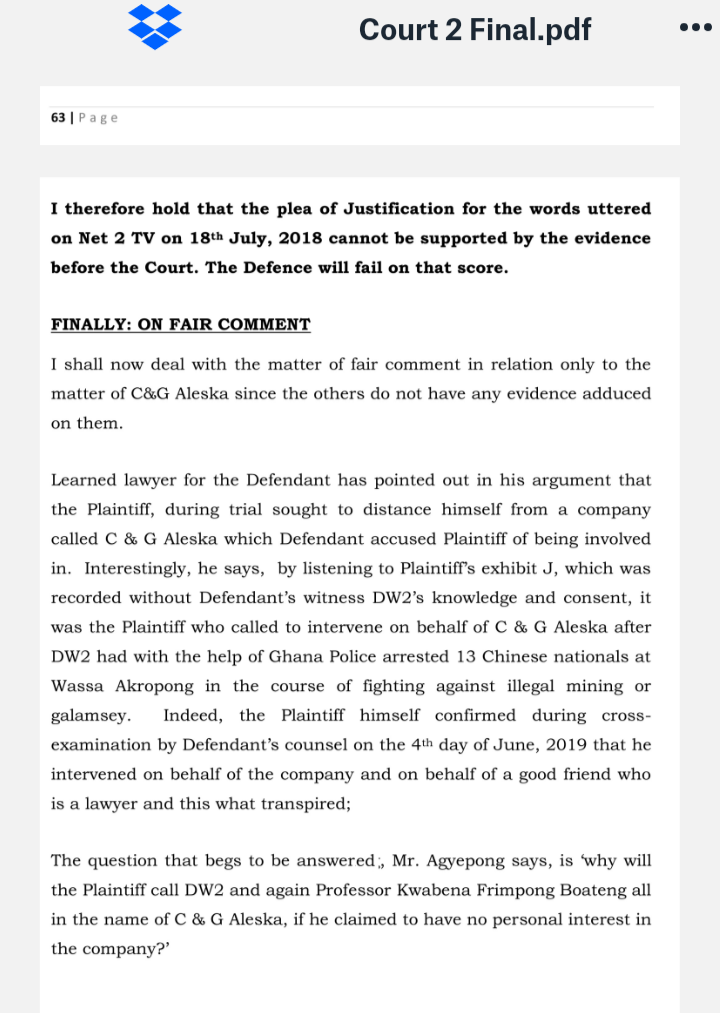 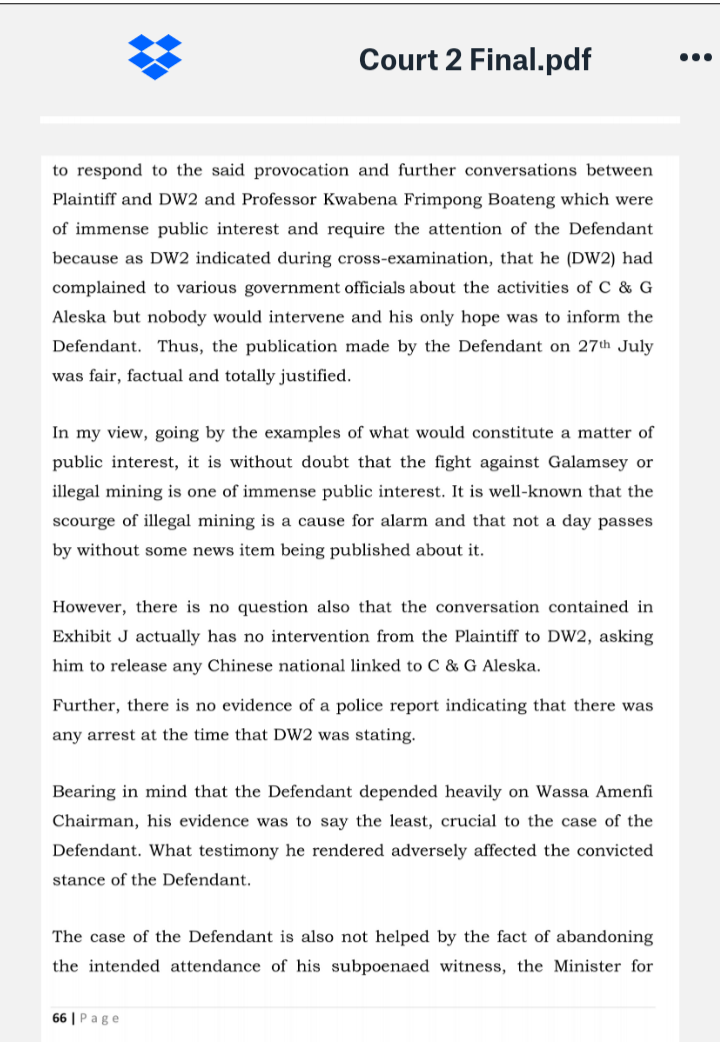 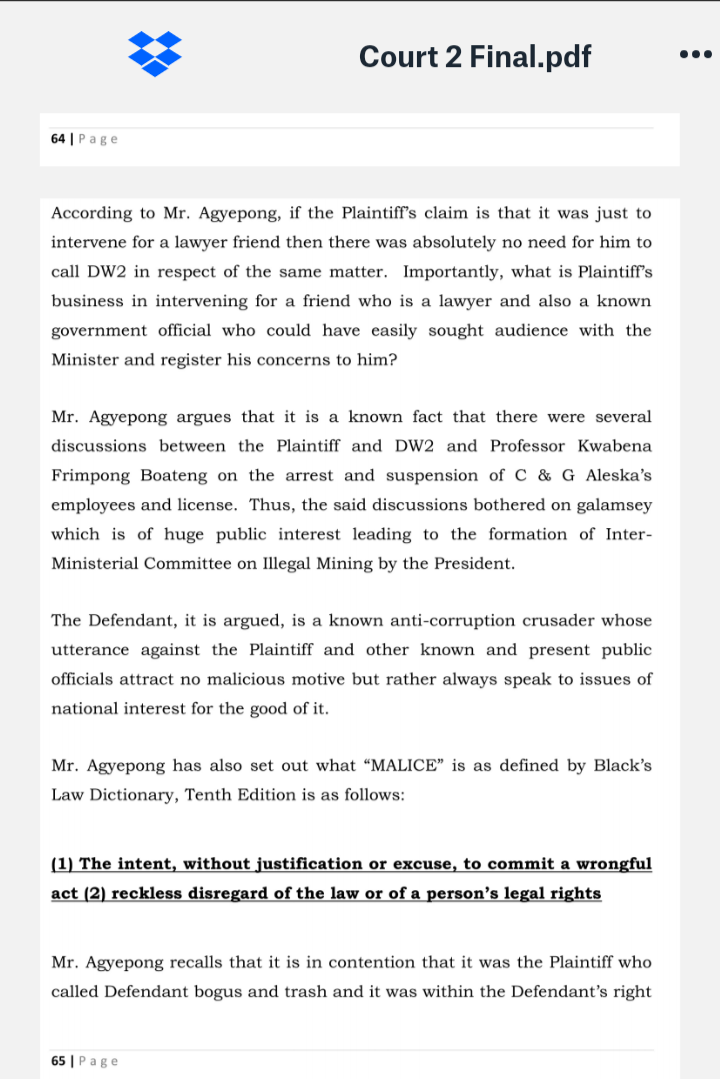 This is the second time that, the renowned journalist has published excerpts of the Court ruling and he promised to publish the third one.

The appeal by Hon. Kenedy Agyapong is still pending before the Court for determination.