For sometime now, social media have been reacting to a video of a young woman beating up her child mercilessly. Some even used that viral video as their statuses and profiles. Most of them were shocked to see a parent beating up her own child like that. News coming in from Uganda has revealed that, the said woman has been sentenced to 18 months in prison. 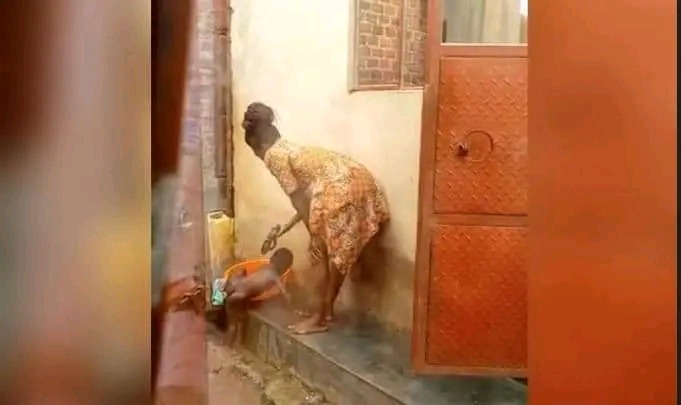 A Facebook user revealed this news to the world through "Tell It All" Facebook page. According to the person that reported the news on the page, a Ugandan Magistrate’s Court has sentenced the woman to 18 months in prison for subjecting her two-year-old baby to cruel, inhuman treatment and bodily harm. 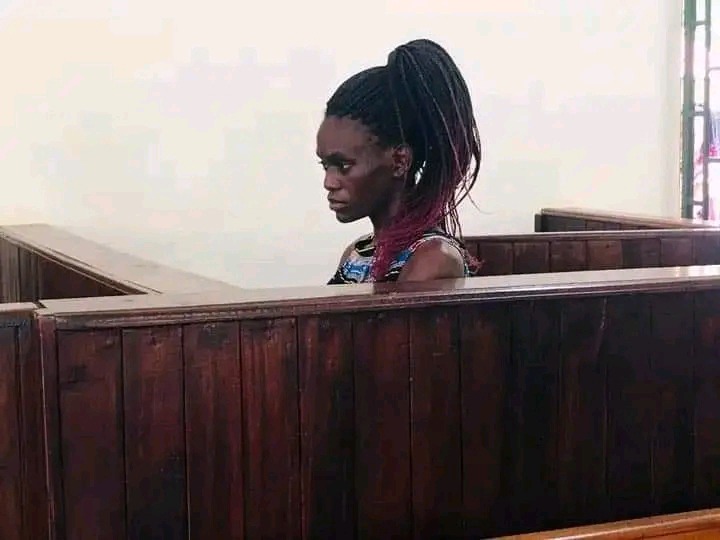 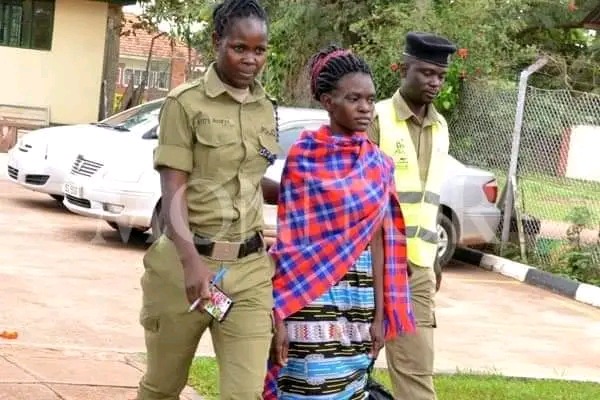 According to the reporter, what Ms Dorothy Nabulime did a breach of Section 7(1) of the Prevention and Prohibition of Torture Act 2012.

On the Facebook page, the reporter wrote, "Uganda Magistrate’s Court has given an 18-months sentenced to a mother on her own guilty plea for subjecting her two-year-old baby to cruel, inhuman treatment and bodily harm in breach of Section 7(1) of the Prevention and Prohibition of Torture Act 2012."

He also added that, "The 22 years old Ugandan mom , AFRICAN REPORT FILES learnt Ms Dorothy Nabulime will serve a prison sentence of 18 months for the charge of cruel and inhuman treatment of her baby and a six month sentence for the charge of causing bodily harm to the two-year old but the two sentences will be served concurrently."

Below is the post and pictures that confirm that, the young lady has been sentenced to 18 months in prison. 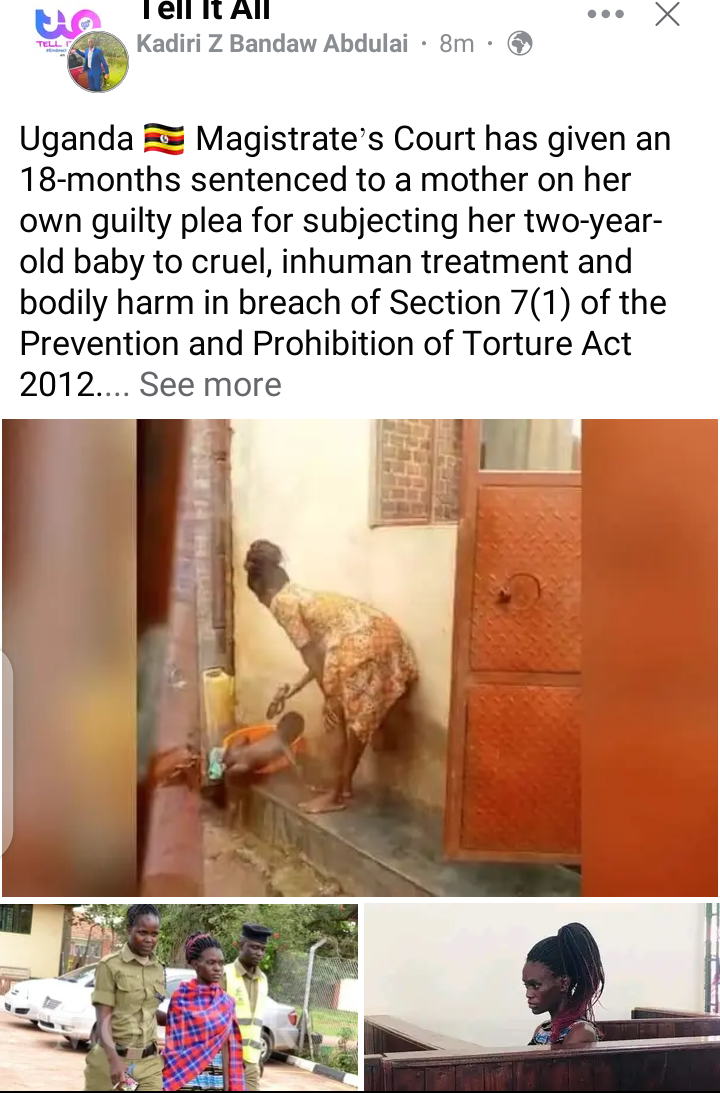 This is indeed a good news. Parents who maltreat their children will definitely put a stop to it if they see this news.