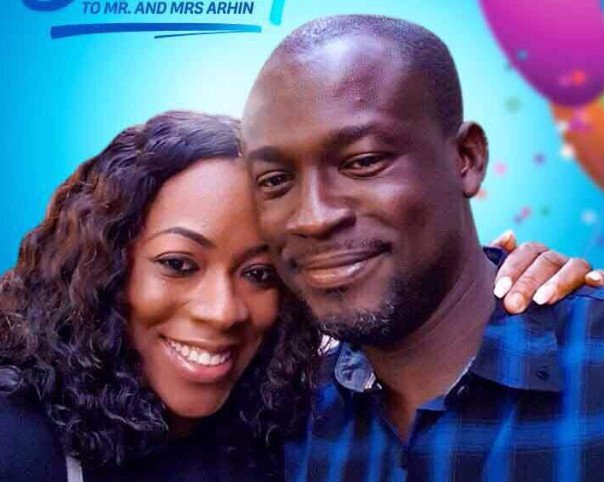 Communications Director at the office of the President, Mr. Eugene Arhin, and his former wife, Gloria Assan have finally brought an end to their marriage.

The court has asked Mr. Eugene Arhin to pay an amount of money to Gloria as a form of compensation for the divorce.

Gloria Assan who was fed up with the marriage demanded an amount of two million Ghana Cedis as compensation.

She demanded to keep the children and asked the court to also give her three of Eugene Arhin’s vehicles.

After hearing the arguments from both sides, Gloria Assan was rewarded an amount of one hundred thousand Ghana Cedis.

The court has also granted her custody of the children with both of them funding the upkeeps. Eugene Arhin will take sixty percent of the upkeep whilst the former wife caters for the remaining forty percent.

She has also been rewarded three of Eugene Arhin’s vehicles and a house.

In the judgment as read by Justice Cecilia Don-Chebe Agbevey at the Divorce and Matrimonial Court, Eugene Arhin will still have access to his children but with prior notice from Gloria Assan.

It would be recalled the then-wife of Eugene Arhin, Gloria Assan mounted series of the allegation on her husband including adultery.

She demanded a divorce and asked for her share of the properties acquired during the marriage. Eugene Arhin on the other hand denied the allegations and indicated that the wife, was being economical with the truth.

According to the judgment, Gloria Assan was unable to prove some of the allegations in court but the marriage had to be canceled.

For now, Eugene Arhin and Gloria Assan have parted ways and their love life is now history. Even though they have children between them, arrangements have been made by the court for the children to enjoy the love of both parents.

Bullion Van Attack: “The Two Ladies In The Car May Be Involved”— Former Prisoner.

Only A Leader Like Atta Mills Can Transform Ghana – Tsatsu Tsikata

Girl 16, Arrested For Plotting Her Kidnap With Boyfriend To Raise Huge Sum Of Money From Parents