I was sent to serve 15 hard year in jail for kidnapping someone. Why that?

By AgbedorwuNoah (self media writer) | 8 months ago

Courts have in the past imposed jail sentences ranging from five years to 15 years for kidnapping convictions, the high court in Johannesburg heard on Friday. The matter relates to the assault of Mdluli's customary wife, Tshidi Buthelezi, and her boyfriend, Oupa Ramogibe, in 1998.

Mthunzi accompanied Mdluli to a house in Vosloorus where they also assaulted Alice Manana, forcing her to reveal the whereabouts of Buthelezi and Ramogibe.

The attorney for Mdluli, Ike Motloung, argued that his client should be fined for these offences while attorney for Mthunzi, Sabelo Nobangule, argued for a sentence of correctional supervision.

The probation officers recommended that the two men be sentenced to correctional supervision.

However, Van Zyl said the offences committed by the two former policemen were so serious that a prison sentence was the only appropriate punishment.

The court reserved judgment and will pass sentence on May 18.

Van Zyl said kidnapping was removing someone else’s liberty. He said other crimes happen when someone is kidnapped such as assault and assault with intent to do grievous bodily harm as had happened in this case. 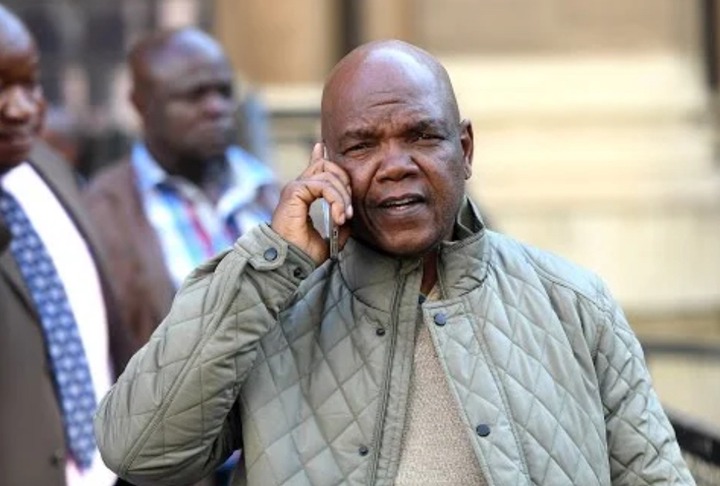 “Where a firearm is used, the starting point is five years in prison. The upper range goes to 15 to 16 years for someone who is kidnapped and kept for a short time,” Van Zyl said.

He cited the case of Donovan Moodley, who was in 2005 sentenced to 15 years for kidnapping Bond University student Leigh Matthews. Moodley was also sentenced to life for her murder.

“Police officers have a special position in our society. We look up to them for protection. When they become criminals, we need to deal with them decisively,” Van Zyl said.

He also dismissed contentions by Mdluli and Mthunzi that they should not serve a jail term because they were primary caregivers of their minor children.

He said Mthunzi was described as the co-primary caregiver, while Mdluli spent 40% of the time away from his minor children as he kept two homes.

Van Zyl cited a case in the Constitutional Court which dismissed an appeal by a woman who was sentenced to a custodial sentence for fraud as she claimed she was a primary caregiver of her children.

The court held that she was not the sole parent as the father of her children was a co-resident parent and was willing to take care of them during her incarceration.