By NouvalDavid (self meida writer) | 1 months 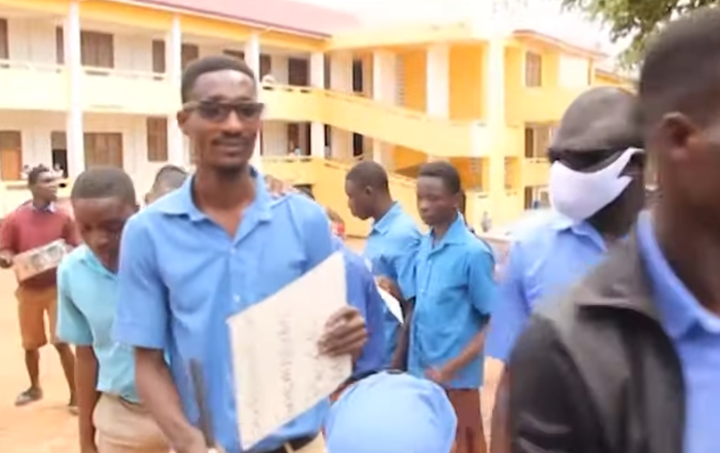 The students of The Akropong School for the Blind located at Akuapem United North Municipality in The Eastern Region on Friday, 14th May, 2021 embark on a peaceful demonstration for the hasty legal restraint of their Head Mistress, Madam Mahela Narh.Madam Mehela Narh is accused of misappropriation of funds donated by philanthropists, use of derogatory words to her students, poor quality of the student's meal, lack of mattress, accommodation and so on.

The Student's Representative Council (SRC) along with The Old Student's Association filed a joint petition to call stack holders, Ministry of Education, Ghana Education Service (GES) and CHRAJ for the legal restraint of the Head mistress, Madam Mahela Narh.This is pending when a proper investigation is conducted.

The students hoped and prayed that their petition is listened to and proper procedures are taken afterwards."We hope and pray that they listen to it because, if they don't listen to it, it is going to be something else, because we know.We know clearly that the president is father for all and for that matter will do something about it."Rep. Isaac Ansa said.

The petition was received by The Municipal Education Director, Elizabeth Korkor Amanor, while she later said; "As we speak, the region has dispatched a team coming to join me so that we send your petition to the Director General as we have promised. What I want you to know is that we are going to work through procedure so that we don't do anything to put somebody at a disadvantage." 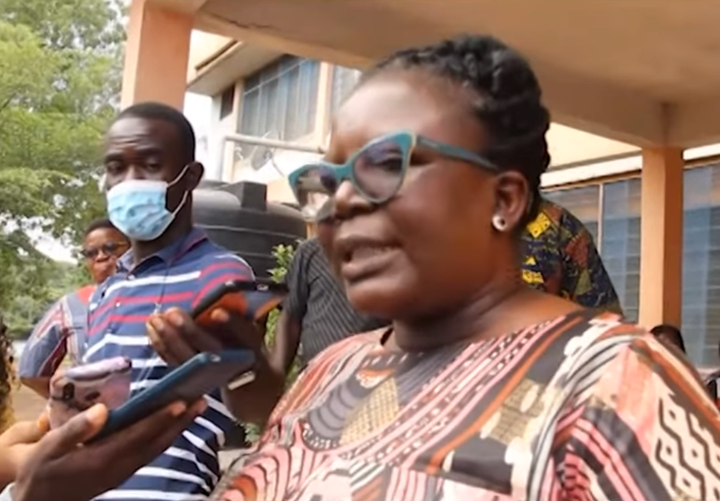 Gross Disrespect:The petition clearly states that over the years the headmistress had shown "gross disrespect and disregard to the dignity of the blind."If further stated that Madam Mahela Narh does not show regard and respect to the prefectorial board, which is the main body that channel issues bothering students.She also insults the students and attempts to low their self-esteem.The petition mentions her saying to the 2015 JHS 3, "you will all fail your exams and will be miserable in life."It also reported that she once told the 2018 assistant boy's prefect, Opera Asante that,"It is because of your behaviour that God made you blind."

Misappropriations of Donation Monies:The petition claims the headmistress lodged a donated money meant for the renovation for the music unit to The World Vision Project Account with late Mr. Amofah, a signatory of the account.She reportedly transferred the money without the knowledge of the bursar. 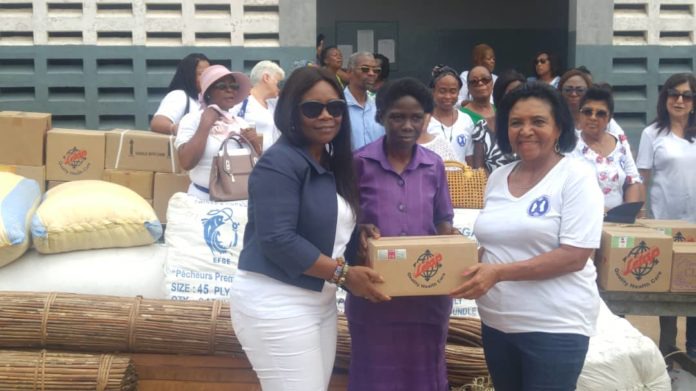 GIWC donation to Akropong School of the blind. 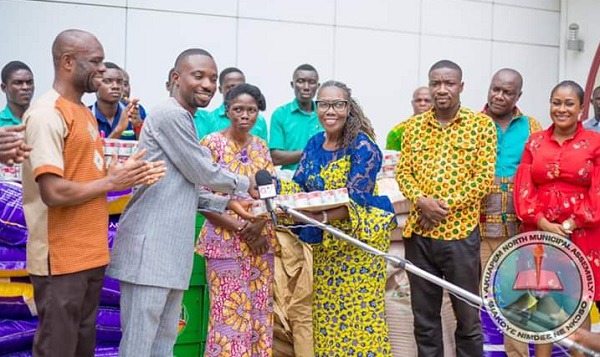 First Lady donates to The School of the Blind, 2019.

Christian Council of Ghana donates to Akropong School of The blind,2016.

Poor Quality and Quantity of Student's Meal:It explicitly stated that the quality and quantity of the food given to the students are bad given that there were donations from people, organisations, politicians, religious groups in food items.When she is asked about the quality of food, she will say that the government has not been paying the feeding grants which they tagged as an insult to the President and The First Lady who are patrons of the school.

Poor Academic Performance:There were furthermore claims that it was due to her negligence and careless attitude towards the music and vocational unit that and the lack of teaching learning materials that has led to the inferior academic performance of the students.The music and vocational unit are seen as the heart of their education system because that is where the students can harness their skill in the arts and crafts.

Lack of Adequate Teachers:The school is lacking teachers to replace the demised teachers and transferred ones.The school has only one French and Twi teacher teaching from primary to JHS.

Accommodation:Two(2) ICT teachers were lost to Okuapeman SHS because the Headmistress refused former students of the school, who came by for their alma mata, accommodation where by, there were empty rooms rotten away in the premises.

Lack of mattresses:The school has over one thousand new mattresses donated by the government but are forced to sleep on the bed-bugged infested old flattened mattresses.The Headmistress was informed of this, but she turned a blind eye to it.

Metal Bed:The headmistress reportedly sold the new mattresses donated by the government as scrap while the students sleep in beds that are not in good condition.

Lack of Maintenance:Some students sleep in cracked buildings and leaking roof top of the dining hall, the abandoned school bus donated by a philanthropist all accounts for lack of maintenance.Though, money is being donated every now and then.

No Affection and Motherly Love:Many students were who sort for admission into the school were being denied admission, some students are left to their parents and wards after an incident occurs within the school surrounding and the lack of affection and motherly love of the headmistress is to blame.

Conclusively, the students are displeased with the development of the 12 years long headmistress's misappropriations and incompetence.