Three Major Demonstrations That Have Happened In Ghana So Far 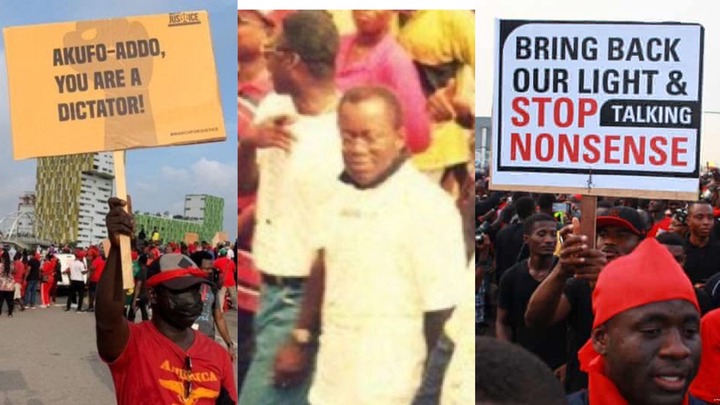 After several years of attempting republican democratic government after Ghana’s independence which failed as a result of several coups, a constitution was made, The ‘1992 Constitution’ and was effective on January 7, 1993. This constitution was to provide the basic charter for the country's fourth attempt at republican democratic government since independence in 1957.

It was however a successful one ever since and Ghanaians today are enjoying the democratic era we always wanted. Several heads of states have come and go with peaceful power transfer.

But in every country practicing democracy, the only way the mass can voice out their worries to it current government is to demonstrate by partaking in a protest against a cause of concern.

Having said that, in today’s article we will be looking at a three major demonstrations that was the take of town for several years in the fourth Republic if Ghana. 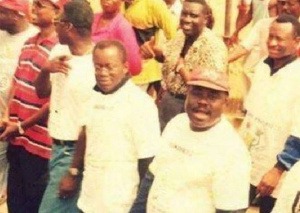 The ‘Kume Preko’ protest is said to the the most talked about, heated and biggest demonstrations to have hit Ghana in the history of the fourth Republic. This demonstrations happens in the years 1995 during the regime of former president Jerry John Rawlings.

This demonstrations was forefront by members of the then direct opposition New Patriotic Party(NPP) with the likes of Nana Addo, Kwesi Pratt Jnr, Kwaku Bamako, just to mention few.

Reason for this demonstrations was high cost of living. According to report, during Rawlings’ regime, Value Added Tax was soo much that, citizens couldn’t afford one decent meal a day for a family regardless how hardworking the citizen may be.

Also, the rate at which students were dropping out of school during that period was alarming. This and many other triggered The demonstrations.

However, what was reported to have started a peaceful protest and the first to have happened in the fourth Republic turned out bloody when a number of unidentified armed men opened fire on the protestors leading to several injuries and others losing their lives. 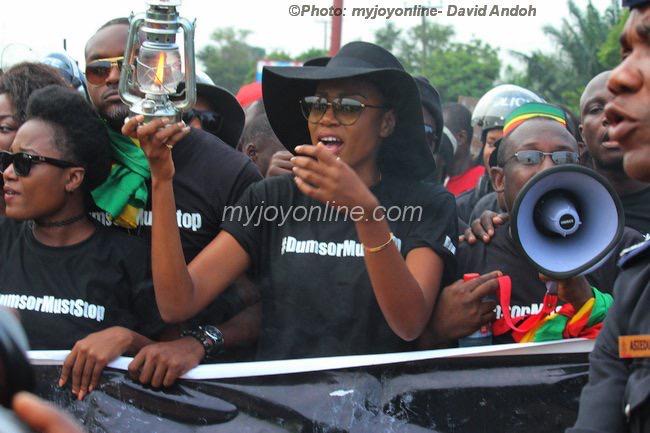 During the John Mahama regimen 2015, another big demonstration occurred which protesters dressed in black and carrying torches and lanterns to pour out their frustration at the persistent, irregular, and unpredictable electric power outage.

In 2015, Ghanaian generating capacity was 400-600 megawatts, less than what Ghana needed. This caused the erratic power supply in the country which led to the demonstrations.

Those at the forefront of the demonstrations were celebrities with the likes of Yvonne Nelson, Van Vicker, DKB, Prince Davido Osei just to mention few.

This said demonstration was a peaceful one with not gunshots fired. 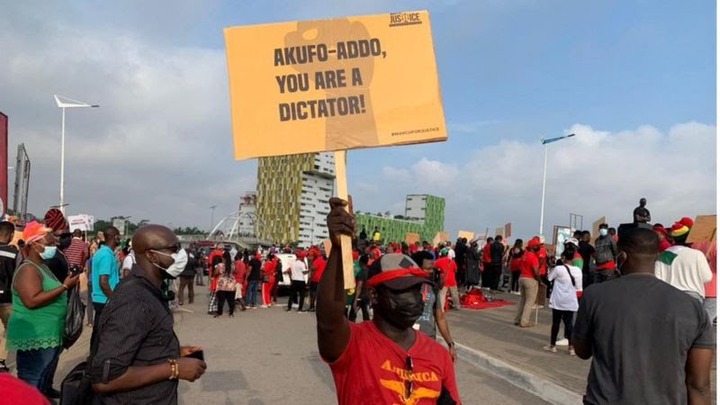 Just in the first year of Nana Addo’s second term in office, there have been a lot of attempts to demonstrate against the current state of the county but all failed over claims that, protesters won’t adhere to the COVID-19 safety protocols.

Youth of the country led by few social media influencers like Efia Odo were denied permission to stage a FixTheCountry Demonstration which was later sent to court.

Fast forward a demonstration has been staged and it also said to be one of the biggest demonstrations to have happened in Ghana and it was led by the opposition National Democratic Congress.

The demonstrators are protesting against the alarming levels of injustice in the country from police and military officials.

The NDC Youth wing led demonstration began this demonstrations from the Accra Mall and will end it around the Parliament House.

As it stands, there haven’t been report of chaos with no gunshots fired in the process of the demonstration but it have been reported that, the protester have been denied presenting their petition to the leaders of the county.

But we hope and pray this demonstration ends peacefully!

Content created and supplied by: Serwaa_Bernice355 (via Opera News )

Teacher Kwadwo Gets Praises From #FixTheCountry Convener For Doing This. DETAILS